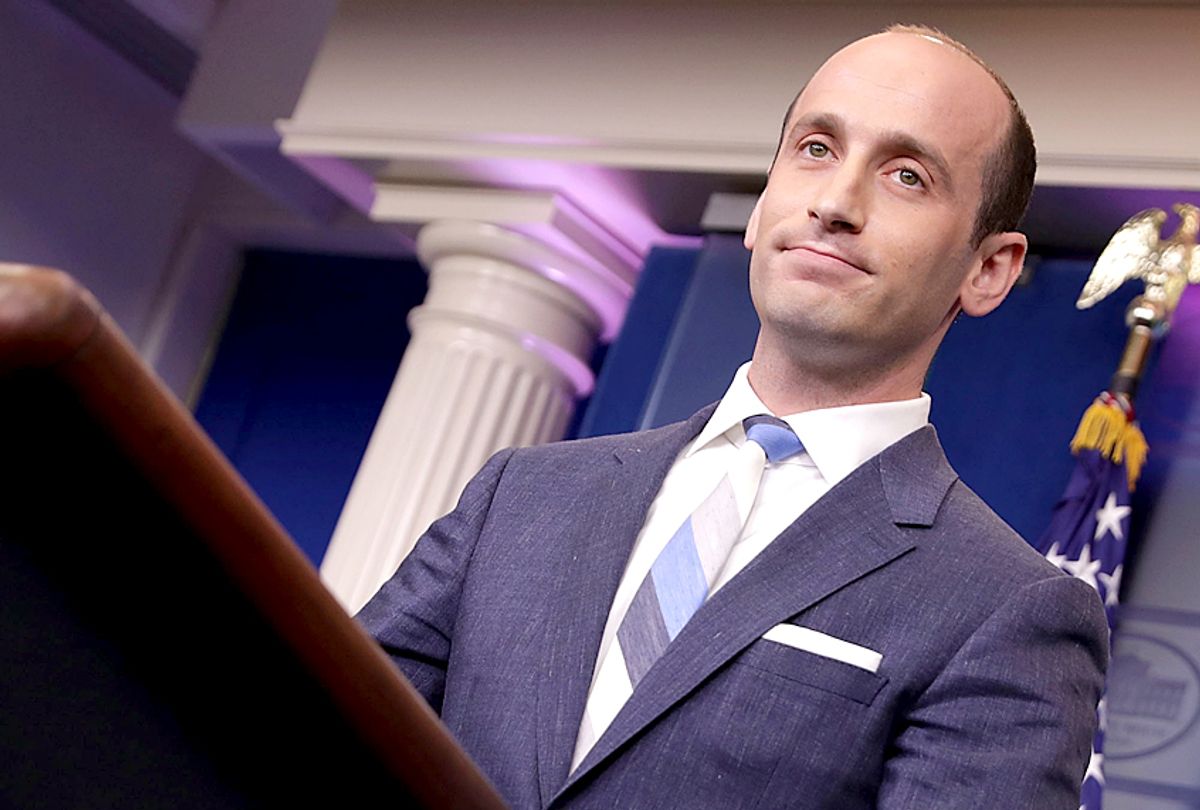 With the Taliban having seized control of Afghanistan, former White House Senior Adviser Stephen Miller is among the MAGA Republicans who is vehemently opposed to bringing Afghan refugees into the United States. Former Mike Pence staffer turned Never Trump conservative Olivia Troye addresses Miller's anti-refugee views this week in a Twitter thread, pointing out that he has a long history of pushing "racist hysteria" where refugees from Afghanistan and Iraq are concerned.

Troye, who has described herself as a "John McCain Republican," left the Trump White House last year in response to then-President Donald Trump's disastrous response to the COVID-19 pandemic — and she infuriated Trumpworld by announcing that she would be voting for now-President Joe Biden in the 2020 election. When Troye was part of Pence's staff, she specialized in national security matters and favored SIVs or special immigrant visas for Afghan refugees; Miller was adamantly opposed to them.

Miller expressed his anti-refugee views earlier this week during an appearance on Fox News, where he told host Laura Ingraham, "Those who are advocating mass Afghan resettlements in this country are doing so for political, not humanitarian, reasons…. Resettling in America is not about solving a humanitarian crisis, it's about accomplishing an ideological objective: to change America."

With the "change America" comment, Miller was venturing into Great Replacement territory. The Great Replacement is a racist far-right conspiracy theory claiming that liberals and progressives are trying to "replace" Whites with non-Whites in western countries.

Troye, in her Twitter thread, recalls how intensely Miller fought against refugees when she was part of Pence's staff:

In her thread, Troye not only calls out Miller, but also, "Hillbilly Elegy" author J.D. Vance — who is running for the U.S. Senate in Ohio as a MAGA Republican and has also come out against bringing Afghan refugees into the U.S.