"I can't wait to have their reporters under oath in a courtroom," Stone said on the conspiracy site Infowars 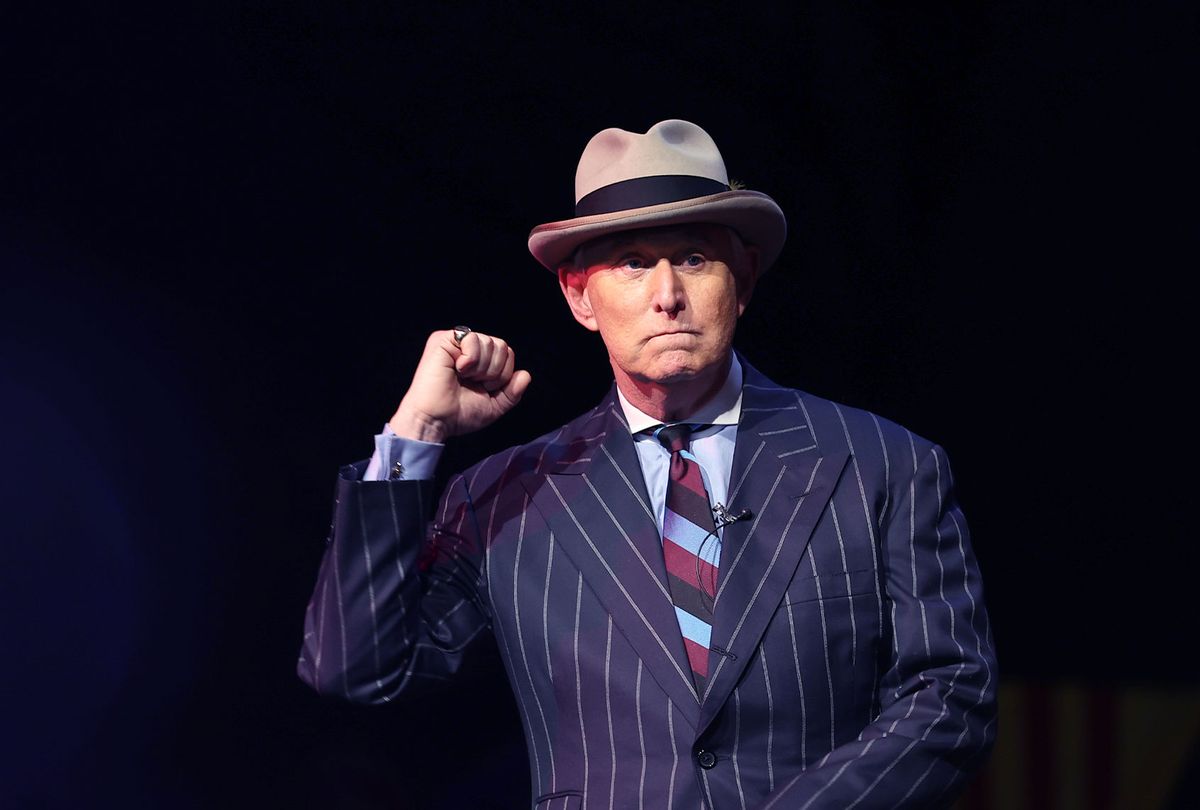 Veteran GOP operative Roger Stone announced on Friday morning that he intends to file a $25 million lawsuit against ABC News over stories written about his actions on Jan. 6 near the Capitol building.

The self-described "dirty trickster" shared his plans during an interview with the conspiracy theory site Infowars on Friday morning.

"I got a call telling me that there was a Reuters story," Stone began. "Reuters, a quite credible national news organization, a step above some of the other corporate outlets, in which a senior FBI official was quoted as saying that they have found no evidence whatsoever that either Roger Stone or Alex Jones were involved in any way in coordinating the so-called insurrection on Jan. 6."

Stone continued, saying he directed his lawyers to draw up a lawsuit against ABC News president James Goldston and several reporters in their personal capacities.

"I instructed my lawyers this morning to begin the defamation lawsuit against ABC News," he continued. "I'm suing the president of ABC News, several reporters there — both personally and in their capacity as ABC News officials — because repeated stories, essentially, claiming that both Alex Jones and I were involved in illegal activity are defamatory."

"So I'm suing ABC News for $25 million," he said. "I can't wait to have their reporters under oath in a courtroom!"

An ABC News spokesperson didn't immediately respond to a Saturday request for comment from Salon.

One of the ABC News stories that has, in particular, gotten under Stone's skin: a Feb. 5 story, titled "Video surfaces showing Trump ally Roger Stone flanked by Oath Keepers on morning of Jan. 6."

Stone's announcement comes as he fights off legal troubles of his own. Authorities continue to zero in on a "shady" condo purchase made by Stone, made while he faces a separate probe over nearly $2 million in alleged back taxes to Uncle Sam — leaving the Biden DOJ to sue Stone for the cash.

You can watch the original segment above, via InfoWars.