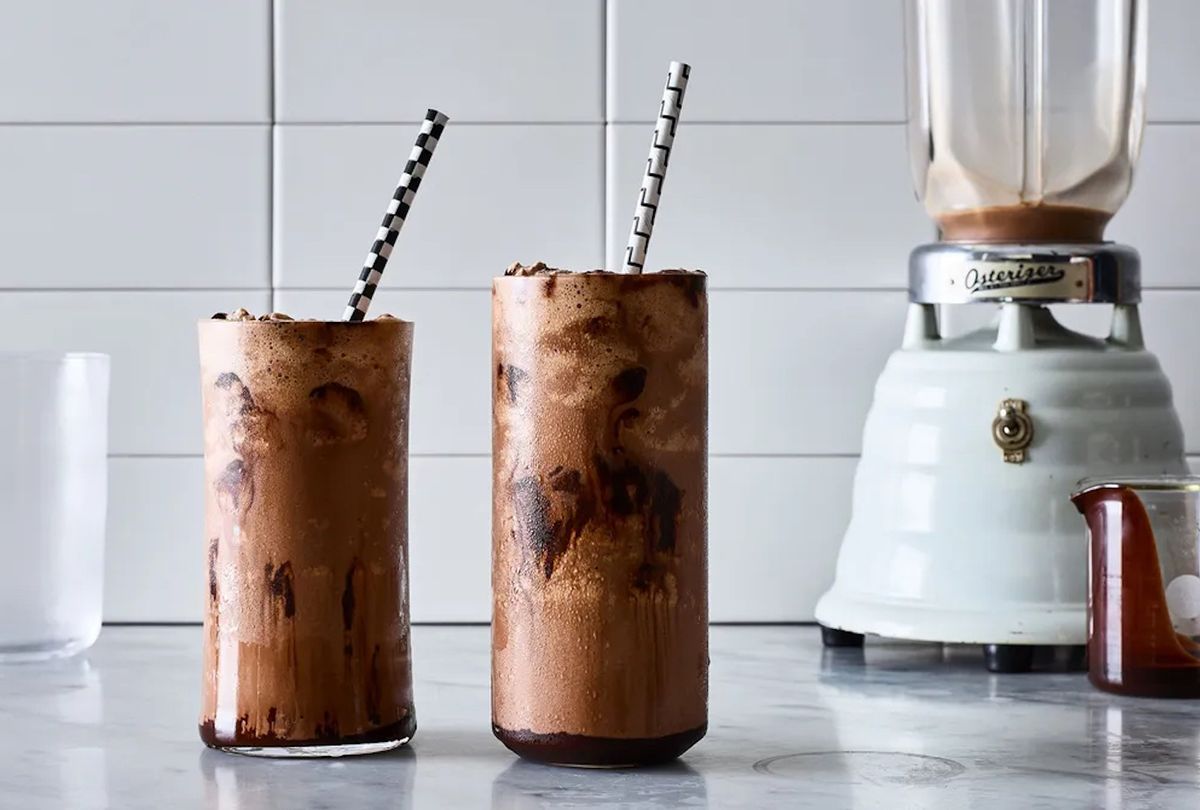 The typical person is said to change careers between three and seven times in their life. The reinvention of the individual is commonplace, but this kind of rebranding often happens in the world of ingredients, too. Consider malted milk powder, for one.

Malted milk powder's story begins in the mid-1800s. British food manufacturers and brother duo James and William Horlick created malted milk powder as a nutritional supplement marketed for "infants and invalids." The broader process of malting refers to the germination of grains through soaking them in water, followed by dehydrating with hot air to halt further sprouting. Such grains can be used in alcohol production, as with whiskey, but by grinding a barley-wheat blend then combining it with evaporated whole milk, the Horlicks concocted a more virtuous elixir.

The idea was for malted milk powder to be mixed with hot water and consumed to combat health issues like malnutrition and poor digestion. The powder also happened to be entirely shelf-stable, unlike fresh milk, which helped expand its appeal for use in emergency survival situations, to everyone from soldiers to Arctic explorers. Generally, medicinal drinks get a bad rap for taste; nevertheless, a cup of Horlicks (which by the 1880s had relocated to Wisconsin, but is presently based in its home country) departed from the norm, tasting less like a treatment and more like a treat.

It wasn't long until drugstore soda fountain counters in the U.S. started selling drinks chock-full of milk, chocolate syrup, and the malted powder, since it was not only palatable but nonalcoholic and considered healthful — a perfect solution for folks participating in the Temperance Movement of the time. This was just the beginning. "What if I added two big scoops of vanilla ice cream?" a fountain clerk named Ivar "Pop" Coulson posited (if not in those specific words) on a hot summer day in 1922. And in that little Chicago drugstore called Walgreens, the malted milkshake was born. Smart man.

Coulson's creation shot to nationwide popularity, so much so that by the 1930s, neighborhood soda fountains were better known as "malt shops". From Archie and Jughead to the Pink Ladies, malt shops represented a safe space for wholesome American teens — in pop culture and real life — to hang out without getting into trouble.

The drink mix soon transitioned from drugstore and diner counters into the kitchen toolkit of dessert enthusiasts. It wasn't entirely new: The notion of sweetening candy with malt goes back to the 1930s, with the invention of chocolate-coated malted milk balls called Giants, which eventually became Whoppers. ​While there was no evidence-based nutrition boost, as was the Horlicks' original intention, the candy helped further fortify a general fondness for malted milk's sweet side. If it worked in milkshakes and candy, why stop there?

Not many published recipes including malted milk in baked goods are readily found from the early 20th century, yet some archives allude to its use by the home baker throughout the 1900s. One early editorial recipe featuring malted milk powder in a baking application comes from a 2001 issue of Martha Stewart Living magazine for Chocolate-Malt Sandwiches. These luscious sandwich cookies mark a malted movement in modern baking.

Stella Parks, recipe developer and author of "BraveTart: Iconic American Desserts," deems the powder the "umami bomb of dessert," including it in a number of her published recipes. Parks adores malted milk on a granular level: how its high lactose concentration yields a golden-brown color, while salt and baking soda (ingredients in most malted milk powders today) proffer up "a savory edge to the whole shebang, tempering the sweetness."

Edd Kimber, great British baker (he literally was the first winner of the TV competition!) and author of "One Tin Bakes," takes a slightly different approach when baking with the ingredient, incorporating store-bought malted biscuits into his Malted Chocolate Tiffin recipe. "These biscuits are something I loved as a child," he tells me. "I would dip them in tea, soaking up a bit of the liquid before eating. In this recipe, the biscuits are there for texture and for a subtle hint of malt, which goes great with the chocolate elements."

Notes of malted milk are commonly paired with chocolate and vanilla, for good reason. According to Kimber, "it has a real affinity with vanilla, so a seemingly simple pound cake actually ends up wonderfully rich."

"Chocolate alone can sometimes be a bit one-note, so I find malted milk powder adds an extra dimension of flavor, without being too dominant," adds Manhattan-based baker Stephanie Loo. When the roasty-toasty notes of Carnation or Ovaltine merge with classic dessert flavors, your senses are taken on a voyage to otherworldly malted cakes, cream pies, and brownies—even buttercream frosting, a personal favorite for Loo, benefits from a couple spoonfuls of the powder.

The limit to combination possibilities simply does not exist. Pastry chef Helen Jo Leach, who has actively experimented with malted milk powder throughout her career, recalls first baking with it while conducting recipe development for Milk Bar, where she was a founding team member. The ingredient's flavor brought a touch of old-fashioned malt shop flair to the bakery's modern birthday cakes. Now, as the executive pastry chef for The Town Company, a restaurant in Kansas City, the powder often finds a place in Leach's creations. Most recently, in the form of a malted miso butterscotch woven through her Gachi cookie, a take on the quintessential chocolate chip cookie. "I put this cookie together really fast because I just looked into my pantry and asked, 'What do I identify with as an Asian American pastry chef?'" In went chocolate, rice cereal, ground ginger, miso paste, and, of course, malted milk powder, for that "bitter, nutty balance" she enjoys. When seeking texture, Leach informed me she will also implement a low-and-slow baking technique to transform the sugar within the powder into a crunchy streusel topping for muffins. Similarly, at Detroit's Sister Pie (and in the bakery's cookbook), pastry chef Lisa Ludwinski piles malted graham crumbles onto puckery citrus filling for their malted lime pie. Simply packed with warming spice, food stylist and recipe developer Susan Spungen's Dirty Chai Earthquake Cookies make room for a tablespoon of malty magic.

Such variations on a theme prove one point: Malted milk powder isn't a show-off, like nutty tahini, zingy preserved lemon, or crunchy flaky sea salt. Its purpose is to elevate surrounding elements to create a more nuanced eating experience.

Today, malted milk powder has expanded into a noteworthy collection of variations. If you're seeking the luxurious taste of malted milk sans the lactose, look to Map Chocolate Co., a small-batch chocolatier that carries a non-dairy option. Malt biscuits are ideal for tiffins or press-in pie crusts. Say you want to make homemade Whoppers or a batch of cookies studded with an extraordinary mix-in, then you can procure bare malt ball centers. There's even a Malty Biscuit brew of Yorkshire Tea that, as advertised, "tastes like tea and biscuits." (Unfortunately, even for a self-proclaimed tea-and-malted-biscuit enthusiast like Kimber, the tea doesn't do the combination justice: Its "balance of flavors tasted so off, and just ruined an otherwise wonderful cup of tea.")

It's clear that baked goods are where malted milk powder shines as an ingredient. Even a small spoonful can deliver a distinct flavor boost to warm pastries and cold confections that will not only melt in your mouth, but in all likelihood your heart, too. And who knows, maybe the Horlick brothers were right, and malted milk actually does improve digestion — I certainly had no trouble going to town on a mega slice of malted lime pie.