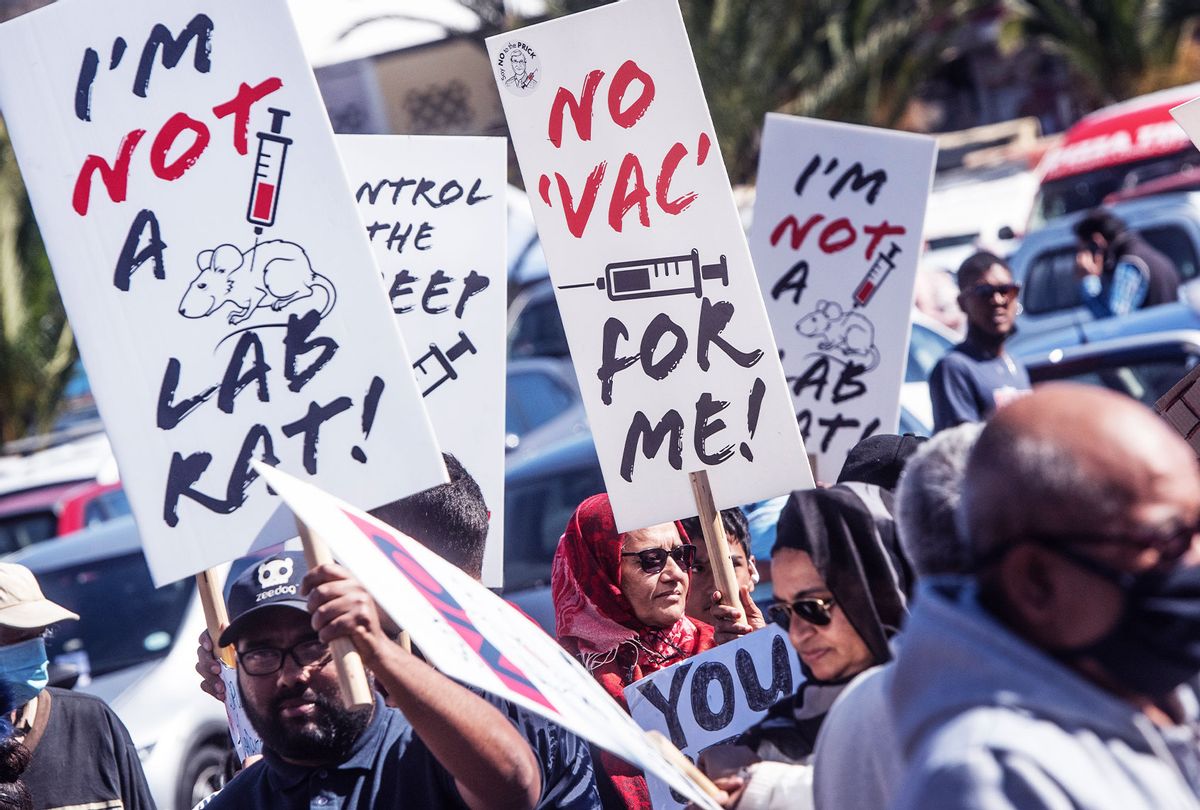 A January 2021 poll from the Pew Charitable Trust found that 53% of Americans reported that social media was their primary source for news. Given that social media did not exist two decades ago, this is a profound social shift, particularly given that these types of sources have become a primary place for people to promote their personal opinions and "research" regarding the COVID-19 vaccine. Since sources often aren't vetted or even reported in social media posts, it is often difficult to determine what information is reliable and what is not. As a result, social media spaces have become a hive for the spread of unreliable science and disinformation. Making matters worse, heated disagreement and high engagement with any content online can cause algorithms to privilege controversial posts, sharing them more widely than more neutral content. In a world where we easily consume that which is put before us, this makes for a particularly potent chance that misinformation about the vaccine, shared widely in social media spaces, may encourage vaccine resistance — having a secondary effect on the mental health of Americans who currently face yet another drastic spike in cases.

As a clinical psychologist who studies the impact of technology on our health, I've seen how life lived in social media spaces drives a desire to appear powerful. This desire is met by drawing attention to ourselves and having our input recognized. In these spaces, we crave the emotional and physiological reactions that are triggered by likes and follows, comments and shares. When we stir up controversy or emotion, we feel important. When we can control the narrative, elevating our opinions and gathering support for them, we feel justified and right. We take the commotion of applause, disagreements, dissension, and praise and translate them into evidence that our opinions and decisions are valid. We watch the multiplying likes and replies and conclude that our voice is important.

In our social media lives we too often seek intense reaction rather than positive or helpful reactions, leading us to privilege sensationalized content. We want more engagement, not necessarily more grounded facts, so we do what we need to do to garner attention in digital spaces. Unconsciously, this deepens our commitment to the positions we take and reinforces our belief that the behaviors that flow from these positions are righteous and good.

Commitment bias, also known as the escalation of commitment, refers to our tendency to adhere to positions we've taken, especially publicly, regardless of information that challenges them. It leaves us sticking with ideas and behaviors long past their usefulness or adherence to our values, simply so that we can appear to be consistent thinkers who never have to face the uncomfortable realization that we can be wrong — often about important things. The loud social media stances which many vaccine-hesitant individuals have powerfully asserted may well be fed by this bias — unconsciously driving them, along with their followers, to maintain a white-knuckle hold on their position, regardless of any evidence to the contrary.

The sunk cost fallacy may intensify this reality, causing people to maintain adherence to a thought or behavior (e.g. avoiding getting the vaccine) even when the costs of doing so outweigh the benefits. The sunk cost fallacy contributes to why we stay in relationships long past realizing they're unhealthy or keep working on a failing project because we've already spent so much time and energy on it that to leave it feels like a waste. Even though we know, in our guts, that our adherence is based on faulty information, our need to save face keeps us firmly committed to the path we publicly set ourselves on.

For most of us, being open to radical shifts in our thinking feels risky at best and dangerous at worst. Disclosing such changes in public spaces like social media feels like exposing ourselves as weak in our resolve and unworthy of any social leadership capital we've established. Given that the time we've invested in these spaces has made us reliant on the emotional and physical highs that social media feedback loops offer, our commitment bias leaves us unable to take in new data in any kind of meaningful way. We know, deep within us, that we're being watched and judged and our very wellbeing feels tied to maintaining whatever status we've achieved there. We know that recanting stances we've taken, and received intense feedback for, could leave us looking (and feeling) dumb, less-than, and vulnerable to attack. This is all hard enough in our relatively small real-world social circles, but when you know the attacks will come from strangers across the globe it amplifies the fear in ways that never afflicted earlier generations.

Given the ease with which people can find misinformation and faulty pseudoscientific "evidence" that supports their initial bias against the COVID-19 vaccine, it's not surprising that a burgeoning community exists to elevate and adulate those who have championed not getting vaccinated as an expression of their "protected freedom." Every time a person is reinforced with strong (not positive, but, intense) feedback for such a stance, their confirmation bias deepens. Every conflict that they invest in defending their position strengthens their commitment to a sunk cost fallacy way of living in the world. To be open to changing their minds and/or behavior would be akin to being open to losing all esteem and connection in a world that trades on social capital.

If we hope to reach the vaccination levels that will prevent COVID-19 from permanently affecting our way of communal life, we must reimagine the way in which we interact with those whose confirmation bias leads them to reject the science and humanitarian evidence that supports vaccination as the only way to achieve herd immunity. We must stop shaming them and, instead, invite them into spaces where they are safe to step back from the investments they've made in their public positions so they can consider new information without it challenging their sense of self or belonging.

This means more private messages and fewer elevated comments in social media spaces, quieter conversations, and, possibly offers of voice-to-voice conversations. It means more calm questions that promote critical thinking in social media spaces and less calling out. Leading these conversations by finding something that you can agree on is a good start. (For instance: "I know we've both invested a lot of time in informing and expressing our viewpoints. I know that this subject matters a lot to both of us which is why I'd really like to have a heartfelt conversation rather than a public shamefest.") It means embracing the motto of "doing no harm," as well as "taking no shit" as we work toward the freedom for all to live in a world where the openness to change one's mind is as valued as stirring the social media pot.

Doreen Dodgen-Magee, Psy.D,, is an author, psychologist, researcher, and speaker. She is the author of the forthcoming "Restart: Designing a Healthy Post-Pandemic Life,” to be released in October, and the Nautilus Gold Medal winning book,  "Deviced! Balancing Life and Technology in a Digital World."