Owen Shroyer was reportedly pictured with Infowars founder Alex Jones at the U.S. Capitol on Jan. 6 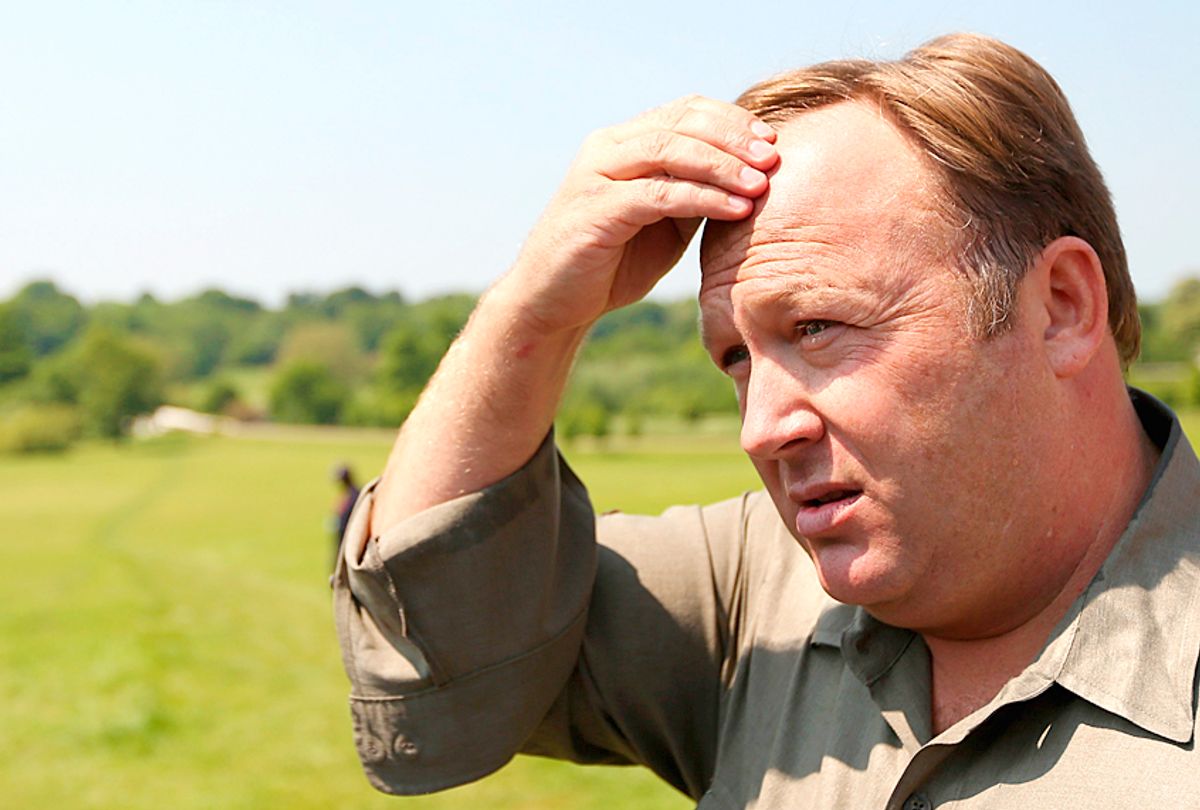 The U.S. Department of Justice on Friday announced charges against InfoWars co-host Owen Shroyer in connection with the Capitol riot on Jan. 6. Shroyer, who hosts a Web series on the conspiracy-driven network run by Alex Jones, is facing charges of "disorderly conduct and entering a restricted area of Capitol grounds," according to Mother Jones.

In a new criminal complaint filed on Friday, August 20, the Justice Department detailed the charges Shroyer is facing. The complaint also included a number of videos and an image of an advertisement for Jan. 6 that featured a photo of Shroyer with Jones. Part of the complaint also mentions Jones.

"Shroyer marched to the U.S. Capitol from the Ellipse shortly before the U.S. Capitol was breached. One video 5 depicted Shroyer marching with other individuals, leading a crowd of people in a "1776!" chant as the host of the Infowars show on which the video was streamed stated, "Alex Jones at this moment is leading the march toward the Capitol building."

In the same video, Shroyer can be heard telling the crowd, "Today we march for the Capitol because on this historic January 6, 2021, we have to let our Congressmen and women know, and we have to let Mike Pence know, they stole the election, we know they stole it, and we aren't going to accept it."

"The complaint includes images of Shroyer in restricted areas, along with Jones. The images include one picture of Shroyer, near Jones, at the top of the stairs on the east side of the Capitol. This came after the crowd had pushed past police officers guarding the area."

Following the Justice Department's announcement on Friday, Shroyer addressed the criminal complaint on air. He admitted that he does plan to surrender to authorities on Monday, August 23, Buzzfeed reports.

"A couple hours ago, I was informed by my attorney that there is a warrant out for my arrest with allegations involving Jan. 6, and I will have to turn myself in Monday morning," he said. "There's a lot of questions, some I have answers to, some I don't. I'm not going to be getting into more of this today on the air. And I plan on declaring innocence of these charges because I am."

While Alex Jones has not been charged in connection with the Capitol riots, Mother Jones notes that the charges against Shroyer raise speculation about the possibility of him being charged in the near future. Since January, the DOJ has brought charges against more than 600 individuals in connection with the Capitol insurrection.