She'll never let you down 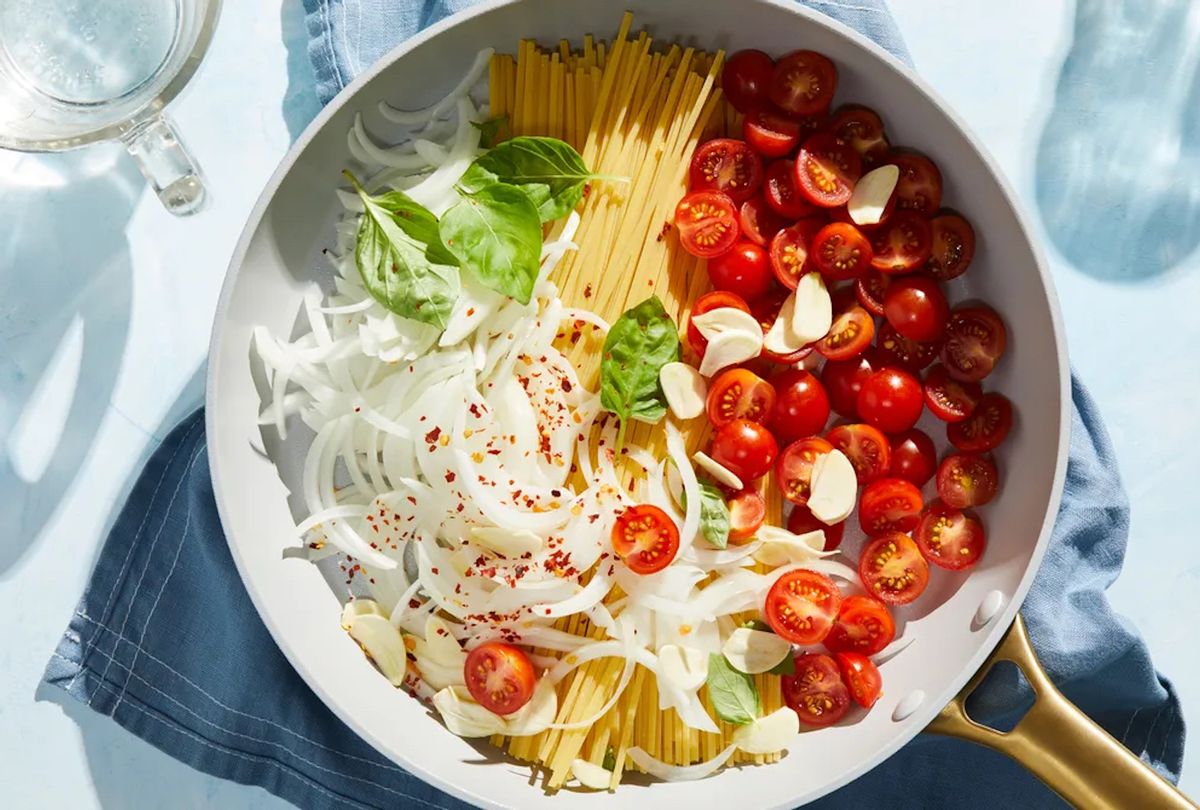 According to my mother, Martha Stewart is the queen of, well, everything. From her chic crafting supplies and flower-arranging tips to her party decor ideas and her cooking show with Snoop Dogg (yes, that Snoop Dogg), there doesn't seem to be anything she can't do. And at 80, the lifestyle guru continues to evolve. She has launched a line of CBD products for both humans and dogs; written close to 100 books; starred in a mini-series on HGTV called "Martha Knows Best" featuring a very handsome lineup of guests like Richard Gere, Antoni Porowski, and Zac Posen; and she even will soon be in the freezer section of your grocery store (in the form of high-quality prepared dinners).

But of all the things Martha has mastered, her recipes are her greatest contribution — at least to my life. Timeless and foolproof, Martha Stewart's recipes have been a staple in my kitchen ever since I moved into my first apartment (we inaugurated those digs with her classic macaroni and cheese). And while I've never had a Martha recipe steer me in the wrong direction, there are a handful of favorites I turn to time and time again, most of which happen to live right here on Food52. One of her most popular recipes of all time is One-Pan Pasta, which calls for cooking spaghetti, cherry tomatoes, garlic, basil, and onions all in one large pasta pot in less than 10 minutes. It looks just as good cooking in the pan as it does when it's twirled into a perfect mound on the plate, and it's perfect for days when sweating over the stove for a long time is not an option. Martha also makes use of beloved appliances like the Instant Pot and slow-cooker for recipes like Vietnamese-Style Chicken Soup and Italian-Braised Pork.

From her über-famous one-pan pasta (make it once and you'll understand why it's so popular) to a bright and spicy Thai soup you can make right in your slow cooker, here are our nine best Martha Stewart recipes:

This Genius-approved one-pan pasta is famous for a reason: It cooks in just one pan (obviously) and makes its own sauce in under 10 minutes flat. And the ingredients list couldn't be simpler — linguine, grape tomatoes, onion, garlic, basil, red pepper flakes, extra-virgin olive oil, and a generous sprinkle of grated Parmesan cheese on top.

This bright, just-spicy-enough soup can easily be made on the stovetop in under an hour, but using the slow-cooker really allows the flavors to develop and the chicken thighs to get extra tender.

This Genius salad recipe is classic Martha: easy to make, yet totally refined (and very worthy of a dinner party), and it transforms simple ingredients (raw sweet potatoes, celery, apples, and other veggies) into an extraordinarily delicious dish.

This extra-brothy Vietnamese-style chicken soup is like a big bowl of comfort. The best part: It's ready in under an hour, so whatever's ailing you (from a cold to a crummy day at work) can be remedied in a hurry.

You can serve this succulent, fall-apart Italian braised pork any which way you like (over creamy polenta, pasta, or couscous, take your pick), but a glass of red wine on the side is an absolute must.

This any-berry slab pie feeds more people and makes way less mess thanks to a single sheet pan and small ingredients list. In place of the berries, feel free to use fresh sour cherries, peaches, or any fruit that suits your fancy.

Keep this Instant Pot beef stew recipe on file for winter — the tangy Dijon mustard unites all the other ingredients in a hearty, meaty broth that can take the chill off even the most frigid night.

This slow-cooker Persian lamb stew was born for the weekend—or a weekday morning when you have time to prep the ingredients (there's not a whole lot you have to do), then just "set them and forget them" to finish while you're at the office. Martha's recipe calls for a 4-to-5-pound lamb shoulder, which becomes super tender as it cooks over the course of several hours. And it wouldn't be a Martha Stewart recipe without a little something extra...a large pinch of saffron threads adds an earthy, floral note to the stew.