A local’s guide to the best food in Rhode Island 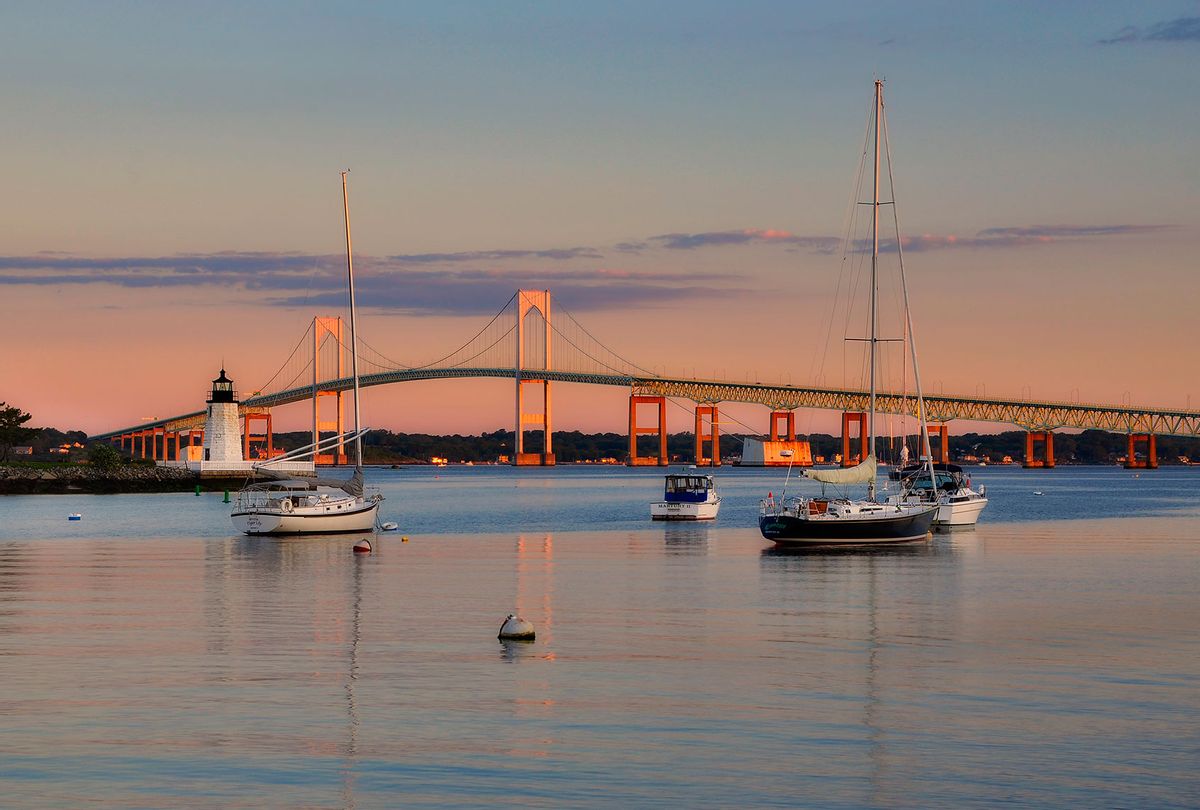 When it comes to summer in New England, there's really no place better than my home state of Rhode Island. I may be an extremely biased travel guide, but it's true:

With over 400 miles of shoreline, the smallest state in the nation has no shortage of beaches. You can swing by the Tennis Hall of Fame for a match or plan an idyllic tailgate picnic at Newport Polo. Stroll down winding paths, wander under footbridges, or catch a gondola down three rivers to immerse yourself in Barnaby Evans' sculpture of 80 bonfires that light downtown Providence at Waterfire. None of that sounds appealing? You can always take a ferry to Block Island for a cocktail by the sea or venture to Watch Hill to scope out Taylor Swift's mansion.

If you're anything like me though, choosing a vacation destination has just as much to do with the food you can try while you're there as it does the attractions. Rhode Island has no shortage of tasty treats to try, like clam cakes and Del's Lemonade. Here are some of the food destinations you can't leave Rhode Island without visiting.

The Beehive Cafe is nestled comfortably in the downtown of my hometown, Bristol. I'd be lying if I said everything on the menu wasn't worth a try. But if it were up to my parents — who make a point of stopping by every morning for a grab 'n' go treat — they'd recommend a classic hot cup of coffee (my dad's favorite) or a non-caffeinated option like the lemon ginger summer elixir (my mom's go-to). Regardless of your beverage choice, don't leave without grabbing a flaky, buttery ginger scone.

This is one of my favorite seafood restaurants because no matter how many times I eat their clam chowder and lobster roll, I am blown away. I wouldn't dare say it's the best, because Rhode Island is full of so many wonderful seafood spots: When I asked 10 friends and family members to share their favorite Rhode Island seafood restaurant, all of them gave me a different place. But 22 Bowen's is up there.

The Nitro Bar started out as a little cart that served nitro cold brew coffee around Providence. Now, just five years later, they have three stores, one in Providence and two in Newport. After being roasted and brewed the coffee is pressurized in a keg, making an incredibly creamy brew that flows from the tap like a Guinness — no need for milk or sugar. I don't make a trip home without stopping for at least one cup of coffee from here.

We can argue all day about which city in which state has the best bagels (I do live in New York now, after all), but Rebelle has some really solid contenders. It's simple, really: They are chewy on the outside and super soft on the inside. The shop is full of all of the classics like plain, sesame seed, and everything bagels. But they also have fun flavors like pretzel and beet, depending on the season. Their bagels are great with cream cheese, but I recommend ordering the vegan dream: homemade cashew cream cheese, avocado, pickled daikon and carrot, onion, cucumber, and jalapeños sandwiched between the bagel of your choice.

Rhode Island might be known as the Ocean State, but we've really got a talent for making round dough with holes through the middle. Allie's is a Rhode Island staple located in North Kingstown. It's a no-frills mom-and-pop place, but you're almost always likely to find a line out the door. The prices are great, and the doughnuts will ruin you for any others. If you're lucky, you'll get one fresh out of the fryer. They are light and fluffy and covered in sweet glazes and brightly colored frosting with sprinkles on top.

Plant city is a food hall with four restaurants, a coffee shop, a bakery, and a mini grocery store. On the first floor there's Make Out, a casual spot for smoothies, toast, sandwiches, and grain bowls. Double Zero is on the second floor, and it's all about vegan and plant-based pizza and organic wines. If you're in the mood for Mexican food, the other half of the second floor is home to Besina, which serves a delicious taco made with jackfruit, chile, pineapple, and pickled onion. There's also New Burger, an American bistro that serves an array of vegan and plant-based burgers, french fries, and desserts.

The best way to describe Fluke is by sharing my go-to order: lobster, saffron, and squid-ink angel-hair pasta served in a sauce with baby spinach, pecans, and lobster cream. The sweetness of the lobster works with the saltiness in the pasta and creamy sauce for an ideal balance of flavors. It's also located in the heart of downtown Newport, perfect for a delicious dinner before a night out exploring the city.

Slushy ice and a sugary lemonade mix together to create the most refreshing beverage in the state. When I was growing up, the kids in my neighborhood chased after Del's lemonade trucks instead of ice cream trucks. It's also only sold in Rhode Island, which means you have to drink as many cups of it as possible while you're visiting. If you happen to see a bin of pretzel rods in the truck, buy one! Stick the pretzel in the lemonade and take a bite. You can thank me later.

Bayberry Beer Hall is all about New England craft beers, food, and good company. Its communal seating at giant picnic-like tables make the experience of drinking a beer with a few friends and a bunch of strangers seem surprisingly intimate. It's a self-serve place, meaning you can sit wherever you'd like and go place your order when you're ready. Even if you're just in the mood for a drink, I recommend ordering a sourdough pretzel with beer cheese.

After a day at the beach nothing tastes quite as good as clam strips, fish-and-chips, a "lobsta roll," or all three, for that matter. Flo's is one of many clam shacks you'll find around the state serving fresh seafood prepared in tons of traditional ways — meaning mostly fried. Besides Flo's, I recommend Quito's and Evelyn's Drive-In if you're looking for a spot to enjoy clam cakes.

It seems impossible to keep this list to just 10, so here are a few honorable mentions: For stuffies or stuffed quahogs — clamshells stuffed with a blend of clams, spices, bread crumbs, celery, onion, peppers, and sometimes chorizo — go to Iggy's Doughboy and Chowderhouse or Top of the Bay. If fish-and-chips with a side of coleslaw and tartar sauce is more your vibe, Dune Brothers Seafood and Amaral's Fish and Chips are the places to go. But whatever you're choosing, have an extra one for me—that'll hold me until I get to go back to my home state.