What the R. Kelly trial allegations about teen abortions can tell us about reproductive coercion 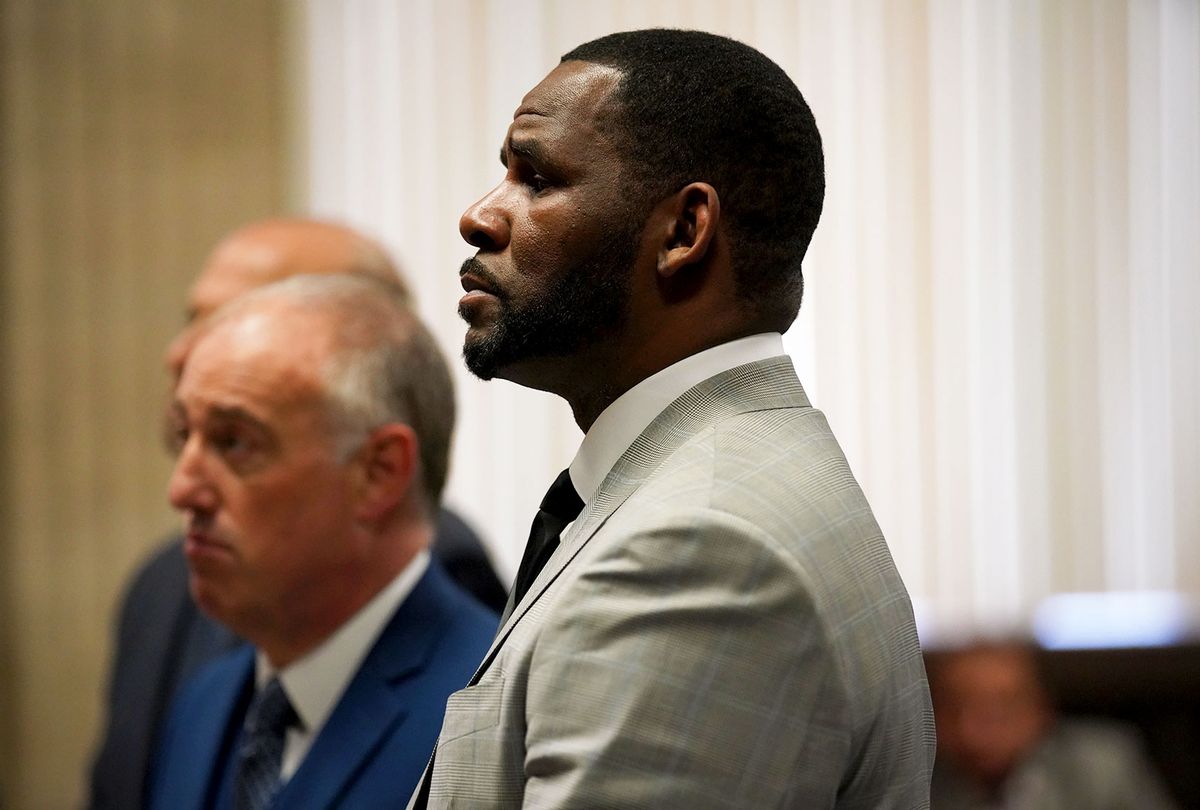 R. Kelly pleads not guilty to a new indictment before Judge Lawrence Flood at Leighton Criminal Court Building in Chicago on June 6, 2019. R&B star R. Kelly pleaded not guilty Thursday in a Chicago courtroom to 11 new felony sex crime charges. The charges were a refiling of one of the four cases of alleged abuse that prosecutors lodged against the singer earlier this year. (JASON WAMBSGANS/AFP via Getty Images)
--

Each day of R. Kelly's trial, which charges him with years of sexual abuse, reveals more and more disturbing allegations, particularly allegations of predation and imprisonment of teenage girls.

Following one witness from last week who claims she was first victimized by Kelly as an underage teen, this week, an anonymous witness alleges Kelly married the late, then-15-year-old Aaliyah in 1994 using a fake ID because she was pregnant, and he needed her to have an abortion. Because she was a minor, the witness testified, Kelly believed she would need consent from a legal guardian to have one, Huffington Post reported. Another witness called Jane said she had also been a victim of Kelly, and nearly 25 years after his marriage to Aaliyah, Jane claimed that in 2017, Kelly forced her to have an abortion as well.

The logic behind Kelly allegedly falsely marrying Aaliyah for those reasons doesn't exactly add up, since in 1994 Illinois didn't yet have an age minimum for someone to seek abortion care without a parent or guardian's consent. A spouse also isn't a legal guardian, except in some conservatorships. And if Kelly could fake Aaliyah's age for their secret Chicago wedding, it stands to reason that he could also fake her age for her to have an abortion. Abortion laws are purposefully complicated, and have arguably only grown more complicated since the 1990s, but if the testimony is true, Kelly's reasoning could be seen as murky at best.

In any case, these claims sound like reproductive coercion — or controlling a partner's reproductive decisions and abilities — that many men use to maintain hold over girls or women in their lives.

Acts of reproductive coercion are prevalent but often hidden and underreported because most of us may not be taught to see them as domestic abuse. This can range from tampering with a partner's birth control and condoms to denying their ability to have an abortion. A 2010 study found 15% of women who report experiencing physical violence from a male partner also report birth control sabotage. This number is even higher among adolescent girls, making it particularly notable that many of those Kelly allegedly pursued were minors or teen girls.

According to Jane's testimony, Kelly also allegedly imposed strict rules and punishments, and the people he identified as girlfriends who lived on his properties weren't allowed to speak to men including those who worked for Kelly. Jane said they were only allowed to wear baggy clothes, and couldn't leave rooms without Kelly's permission, even if it meant being left alone in a room for days. Furthermore, she claimed that if they defied these rules, they were spanked or punished in other humiliating ways.

As the nightmarish trial continues, the horrors of allegations of being forced or pressured to have an abortion and being denied agency over one's body may be buried or forgotten. But it's crucial to understand how reproductive coercion makes long-term domestic abuse possible — either by forcing a partner to give birth against their will, and rely on their abuser for support in raising the child for years to come, or refusing to let them be pregnant for reasons that serve the man's needs.

Sexual abuse and reproductive control have always been linked. Stringent abortion laws that supposedly provide "exceptions" for those impregnated by rape require victims to somehow prove their victimhood to medical professionals or law enforcement, two institutions that have historically subpar records when it comes to supporting victims. Many victims reasonably never want to come forward at all, let alone to police or experts who will be the arbiters in whether they're telling the truth and deserve health care and bodily autonomy. One long-term study found people who can't get the abortion care they seek are more likely to be entrapped in abusive relationships.

In other cases, victims who have needed help with their pregnancies instead faced punishment — in 2019, a woman who lost her pregnancy after being shot in the stomach was jailed for "endangering" her fetus by allegedly having started the fight that led to her being shot. Migrant women and girls who face high rates of sexual assault coming to the U.S. are often denied or unable to get abortion care, while some detained migrant women have alleged being subject to forced sterilizations by ICE.

State reproductive coercion — from forced sterilizations to abortion bans — and interpersonal coercion are inseparable in their violence, and in the trauma they inflict. When the government exerts control over the bodies and reproductive health options of pregnant people, and especially minors who often must acquire parental consent to get care, this normalizes acts of reproductive coercion that are often mirrored in abusive relationships and situations.

As more disturbing allegations come out during the R. Kelly trial, it's crucial to recognize how these claims about exerting control over women's bodies will be understood — not just by the media, but by women who may identify with such behaviors or decisions made by men in their lives.