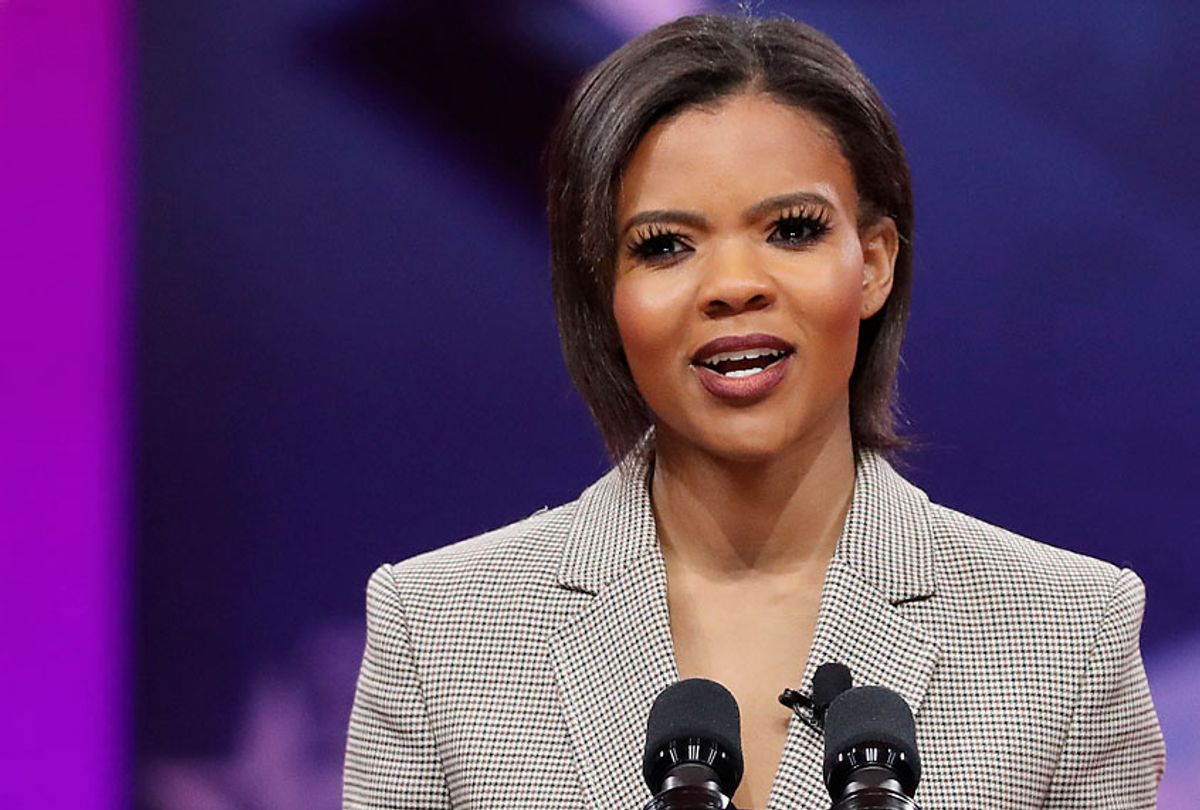 When Republican Kimberly Klacik ran against Rep. Kweisi Mfume in Maryland's 7th Congressional District in 2020, one of her harshest critics was a fellow Republican: right-wing author and talk show host Candace Owens. Now, according to the Baltimore Sun, Owens is facing a $20 million defamation lawsuit from Klacik.

According to Sun reporter Rose Wagner, the 39-year-old Klacik is seeking "$20 million in damages over an Instagram video Owens made in June in which she alleged Klacik had committed campaign fraud, money laundering, illegally used drugs and was a 'madame' of a strip club, according to court documents."

"The lawsuit, filed in Baltimore County Circuit Court, alleges Klacik lost a book deal, had politicians cancel fundraising appearances with her and lost a contract with a 'nationally recognized vendor,' after Owens posted the video June 22," Wagner reports. "In the 44-minute Instagram live video, Owens said Klacik's charity Potential Me was illegitimate, that Klacik was a stripper at a club owned by her husband and that she misused campaign funds, according to the lawsuit."

Klacik ran against Mfume twice in 2020 for the U.S. House seat once held by the late Rep. Elijah Cummings — first in a special election in April 2020, and a second time in November 2020. Both times, Mfume defeated Klacik by more than 41%, which isn't surprising in light of how Democratic that district is and the fact that Mfume is the former national president of the NAACP. Maryland's 7th Congressional District includes parts of Baltimore County and neighboring Howard County.

Explaining why there is so much bad blood between Klacik, who spoke at the 2020 Republican National Convention, and Owens, Wagner writes, "Her conflict with Owens began on Twitter in June when a debate about Joe Biden's decision to make Juneteenth a federal holiday culminated in the lengthy Instagram video posted by Owens, which has more than 1.6 million views. Owens, most known for her pro-Trump activism, has not taken down the video despite multiple letters from Klacik that the allegations were false, according to the suit."

Klacik, Wagner notes, has denied Owens' allegations more than once.

"The lawsuit alleges Owens 'continues to support and encourage the harassment' of Klacik," Wagner reports. "In the video, Owens says she is 'not an investigative journalist,' and 'could not confirm' any of the criminal allegations she makes against Klacik. But she went on to accuse Klacik of 'money laundering, tax fraud and campaign fraud,' as well as paying vendors to 'move money off the books' and working to recruit strippers for a strip club Owens says Klacik's husband owns, according to the lawsuit."