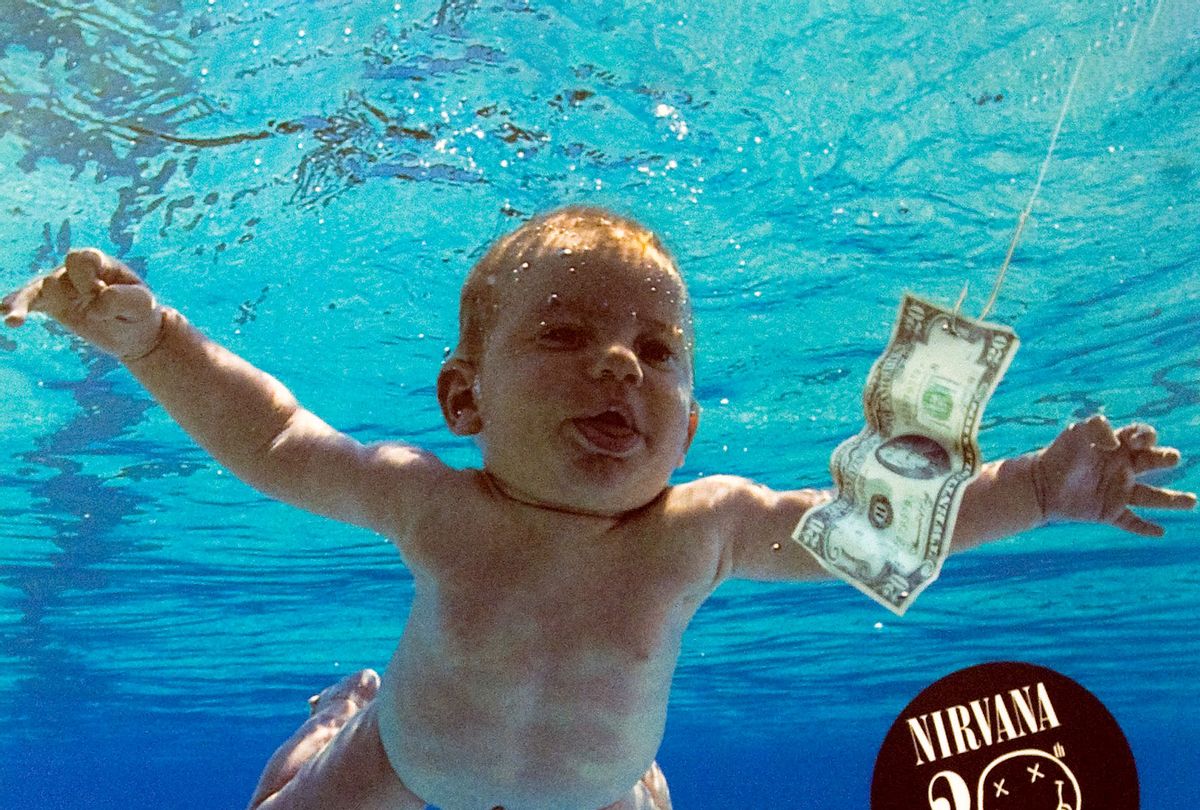 Nirvana artefacts and exhibits are seen at the opening of 'In Bloom: The Nirvana Exhibition', marking the 20th Anniversary of the release of Nirvana's Nevermind album, at the Loading Bay Gallery on September 13, 2011 in London, England. (Samir Hussein/Getty Images)
--

Thirty years after Nirvana released its album "Nevermind" in 1991, Spencer Elden, perhaps better known as the naked baby on the album's cover art, is suing the band over claims of "child sexual exploitation."

In the cover art in question, Elden is featured as an undressed baby is swimming in a pool, his eyes fixated on an underwater dollar bill. The image has for decades stood as an icon of rock music.

Elden is now 30, and in a complaint filed at a federal court in California this week that was obtained by CNN, his attorneys are now saying the image is pornographic and claim he has suffered "lifelong damages" as a result.

"Defendants knowingly produced, possessed, and advertised commercial child pornography depicting Spencer, and they knowingly received value in exchange for doing so," the suit reads. "Despite this knowledge, Defendants failed to take reasonable steps to protect Spencer and prevent his widespread sexual exploitation and image trafficking."

Elden's attorneys also say he was sexualized as a baby in the photo because of the placement of the dollar bill, which makes him resemble "a sex worker."

"Cobain chose the image depicting Spencer — like a sex worker — grabbing for a dollar bill that is positioned dangling from a fishhook in front of his nude body with his penis explicitly displayed," the suit says.

The lawsuit lists the band's surviving members and executors of lead singer Kurt Cobain's estate as defendants. Elden seeks $150,000 in damages from the defendants as well as legal costs.

The Elden family was reportedly paid $200 in total for the photo, NPR reported in 2008.

Prior to the lawsuit filed this week, Elden has spoken out about the cover art in an interview five years earlier with GQ. "Recently I've been thinking, 'What if I wasn't OK with my freaking penis being shown to everybody?'  I didn't really have a choice," he told the magazine.

"Friends used to bring it up more than I did because it's not like you want to brag about your embarrassing naked photo," Elden said. "It's never really been a huge bragging right because I don't have much to show for it."

The living Nirvana band members and Universal Music, which now distributes Nirvana's albums, have yet to comment on the lawsuit.