3 brand-new tomato varieties you need to know about 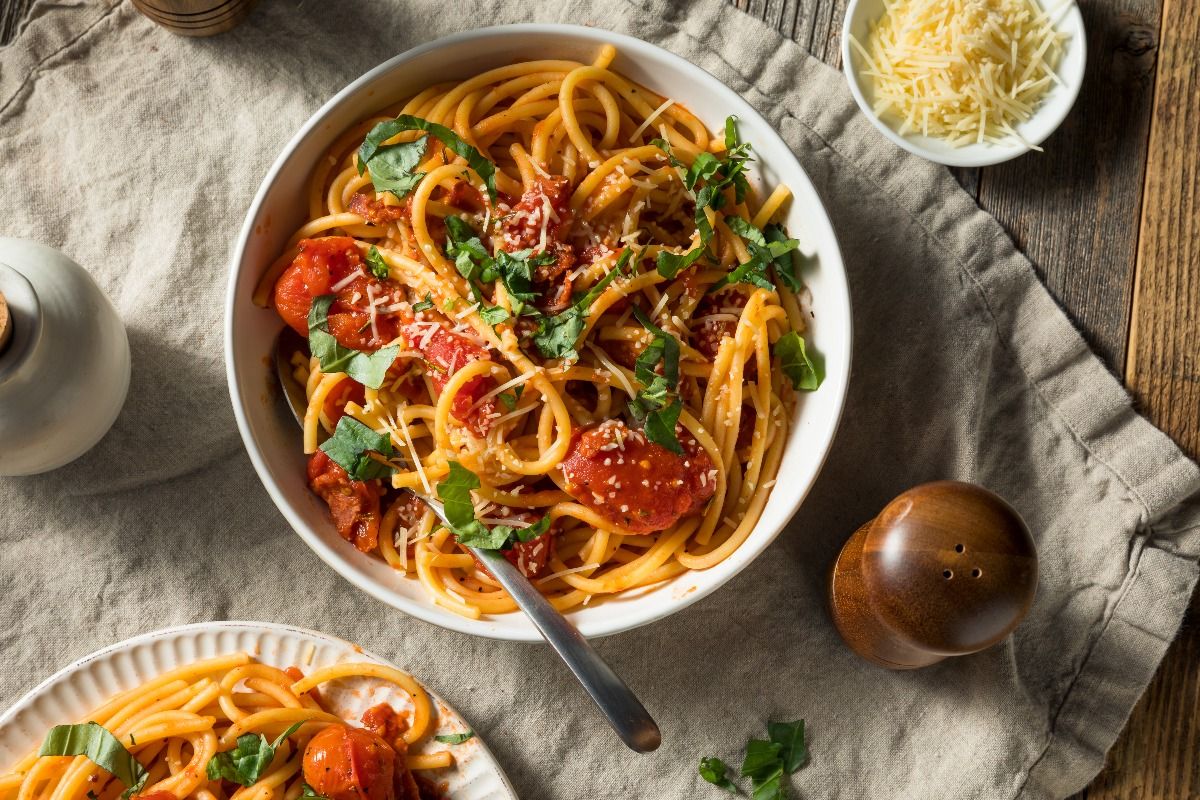 There are just a few short weeks when tomatoes are really, really good. They're abundant at farmers' markets and co-ops, actually flavorful, and offer the perfect balance of juiciness and crispness. And every year, it seems, there's an escalating battle for the most interesting and flavorful new varieties. This year, there are three new contenders: Baldor Specialty Foods, a restaurant supplier that pivoted to retail groceries during the pandemic, announced the launch of three new varieties of tomatoes — Canestrino, Brad's Atomic Grape, and Row 7 Midnight Roma tomatoes.

This isn't the first time consumers have gotten excited about a new breed of produce — in the past, you've gotten a taste of cotton candy-flavored grapes, pink pineapple, and a notably juicy, crisp red apple like the Cosmic Crisp. But there's something about getting extra-special tomatoes during peak tomato season. So what's the deal with these new varieties? After years (and I mean years!) of development, I'm sharing what you need to know about three tomatoes. They're simply begging to be layered with a schmear of mayo on sourdough bread, blistered with olive oil and garlic, or cooked down for house into a rich sauce that rivals your grandmother's.

Brad's Atomic Grape are organic tomatoes grown at Norwich Meadows Farm in Chenango County, New York. "Coming in an elongated "footprint" and a variety of internal colors, these are pop-in-your-mouth good snacking tomatoes, which also do a nice job chopped into a salsa," says Ben Walker, produce expert and SVP Sales, Marketing & Merchandising at Baldor Specialty Foods. Expect their flavor to taste a little acidic, elegantly earthy, and a touch savory. So how did they get their out-of-this-world name? Walker tells us that they were invented by Brad Gates, a California-based scientist, and thus the aptly-named tomato was born.

In addition to growing at Norwich Meadows Farms alongside Brad's Atomic Grape, this variety of deep purple-red Roma tomatoes was also grown and harvested at Alewife Farm in New York. "These are the tomatoes you want for sauce-making, canning, roasting, and grazing," Walker says. Plus, they boast a quick cook time and memorable flavor, which makes them an all-around all-star in the kitchen. And their name is an homage to science — Row 7 Midnight Roma comes from the Row 7 seed company, which was co-founded by chef and produce innovator Dan Barber of Blue Hill. The company got its name from the seventh row of the periodic table which scientists left blank for future discoveries, explains Walker.

Unlike the other two new tomato varieties, meaty Canestrino tomatoes don't hail from New York State, but rather Italy. So it only makes sense that farmers and food scientists are calling it the perfect sauce tomato (or, the perfect tomato sauce tomato?). "It's an interesting pear-shaped fruit that has deep rich red skin, but it's okay to use if it's slightly green," says Walker. Canestrino translates to "little basket," which is appropriate since these tomatoes can be stood up on their ends just like baskets.

These one-of-a-kind tomato varieties are harvested in small quantities, so the chances that you'll find them in your local grocery store are slim. If you do, you should of course stock up. But do keep an eye out for them as a special menu item at restaurants, since chefs are chomping at the bit to get their hands on them, too. Summer might be almost over but the tomato wars are eternal.