Erik Prince, founder of Blackwater, is charging $6,500 to evacuate people from Afghanistan: rpt

Blackwater made billions from government military contracts during the U.S.-led wars in Iraq and Afghanistan 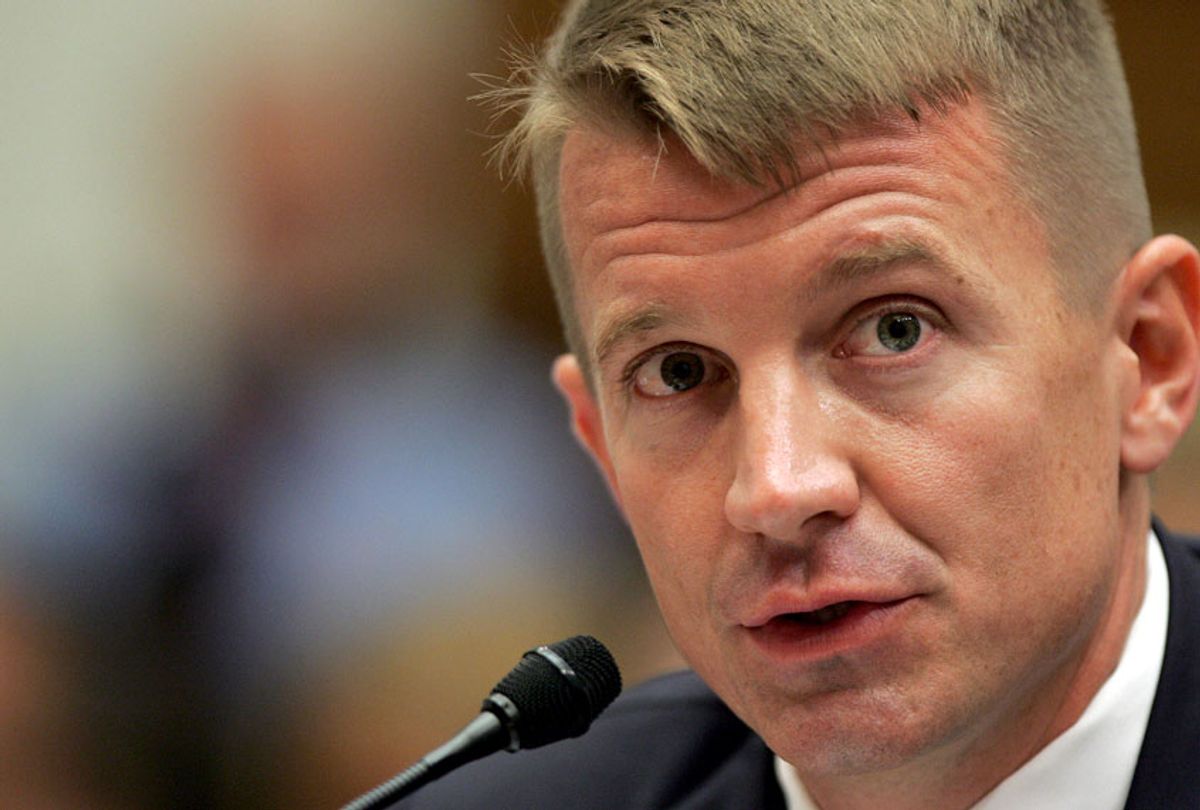 For only $6500, those trapped in Afghanistan — desperate to flee and hoping to catch a flight from Kabul's Hamid Karzai International Airport following the Taliban's swift take over of the country earlier this month — can now reserve a seat on a charter flight operated by military contractor Blackwater. The scheme is the brainchild of Blackwater founder and alleged war criminal, Erik Prince, whose company made billions from government military contracts during the U.S.-led wars in Iraq and Afghanistan.

Even If one can afford the initial $6500 — a steep price in a country where the average worker earns less than $600 a year — it's nearly impossible to gain access to the airport. The Taliban slammed airport entry points shut after spokesperson, Zabihullah Mujahid, said the new government is "unhappy" about the continuing evacuations of Afghan's, and that the government will "not allow that" during a press conference yesterday. So even if one could ensure safe passage into the airport, it's dangerous for most to be seen in public. First reported by the Wall Street Journal, Blackwater's offer includes  an armored vehicle to ensure safe passage to the airport for an additional unspecified hidden fee.

Apparently, Erik Prince, founder of private military corporation Blackwater, is charging people to leave Kabul. Can you believe it? The guy who made his money off of selling mercenaries to the US Government values money more than human lives. How could we have seen this coming?

This is not the first time Prince has faced public outcry.

In 2012 the Blackwater founder was implicated in a UN report alleging that Prince violated an arms embargo imposed on Somalia during the country's civil war in 1992 — an allegation that came to light after journalist Robert Young Pelton sued Prince for allegedly swindling him out of $1 million as part of a separate lawsuit.

Prince was again accused of violating a different set of UN arms embargo — this time in Libya — in 2019. Blackwater allegedly supplied a warlord conspiring to overthrow Lybia's democratically elected government with weapons — and soldiers of fortune — in exchange for $80 million, reported the New York Times. During a meeting with Trump administration advisors in 2017 — possibly emboldened by his sister's, Betsy Devos, appointment as secretary of education — Prince suggested that the entire American war effort in Afghanistan be outsourced exclusively to Blackwater.

Apparently threatened with a hiatus from constant warfare as time marches towards the deadline for U.S troops to leave Afghanistan on Aug. 31, a date agreed upon by the Taliban and Trump Administration, Prince has decided to squeeze every last cent from this effort.

The U.S, along with coalition partners and NGOs, has so far evacuated 82,300 people — including 4,500 Americans — since the Taliban took control on Aug. 14. Another 19,000 people — most being Afghan refugees — were evacuated on Tuesday, with planes leaving Kabul every 39 minutes, White House Press Secretary, Jen Paki, said during a press conference on Wednesday. Still, an estimated 1,500 Americans remain in limbo, and although the state department is actively communicating with 500 U.S passport holders, 1,000 remain unaccounted for, according to Secretary of State Antony Blinken.

Experts are wary that evacuating all U.S citizens and Afghan allies is possible by the end of August — especially now that efforts face threats the terror group ISIS-K  — who some security experts fear could carry out an attack on the airport.