Capitol police officers are suing Donald Trump, a number of his allies, and various members of far-right groups 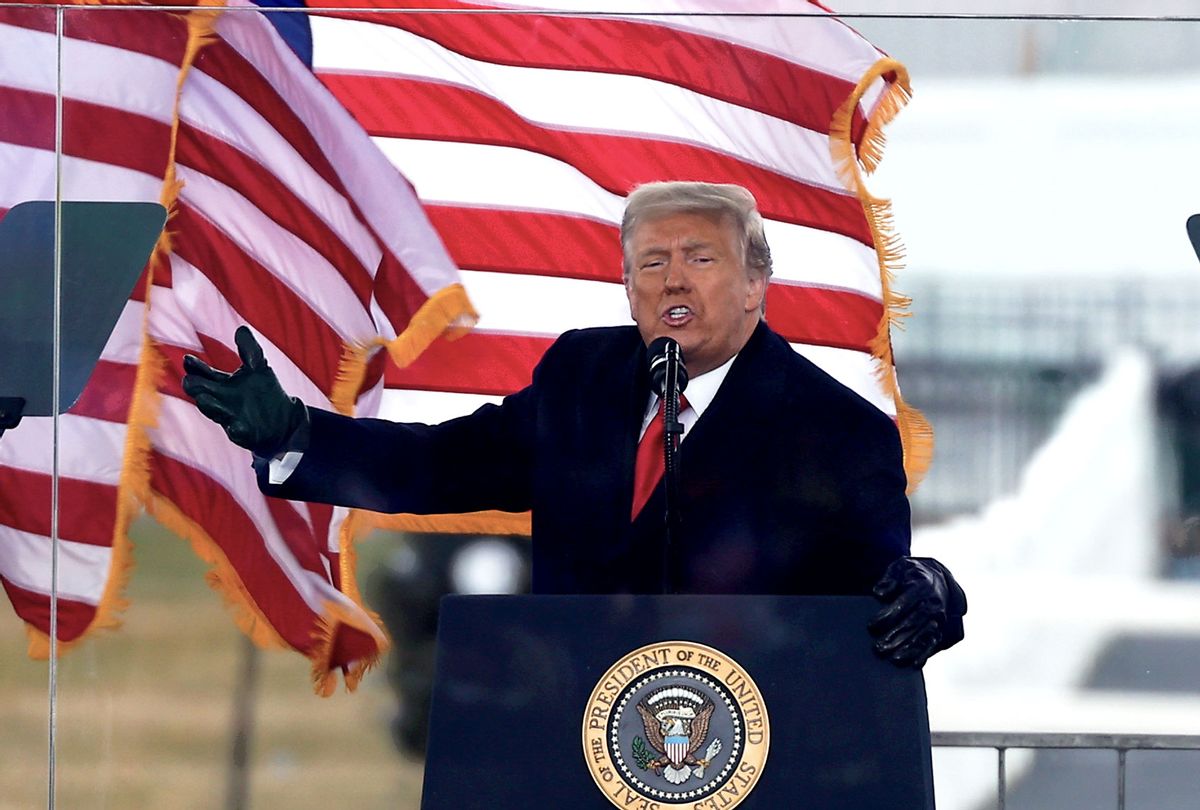 Seven Capitol police officers are suing Donald Trump, a number of his allies, and various members of far-right extremist groups, alleging that they collectively coordinated a violent plot to overthrow the U.S. government on January 6.

The suit, filed on Thursday in the U.S. District Court for the District of Columbia, names several high-profile Trump associates, including political consultant Roger Stone, as well high-ranking members of the Proud Boys and Oathkeepers. The officers are represented by the Lawyers' Committee for Civil Rights Under Law, a civil rights organization that has backed a number of progressive causes since its founding in 1963.

"Plaintiffs and their fellow law enforcement officers risked their lives to defend the Capitol from a violent, mass attack — an attack provoked, aided, and joined by Defendants in an unlawful effort to use force, intimidation, and threats to prevent Congress from certifying the results of the 2020 Presidential election," the suit states. "Because of Defendants' unlawful actions, Plaintiffs were violently assaulted, spat upon, tear-gassed, bear-sprayed, subjected to racial slurs and epithets, and put in fear for their lives. Plaintiffs' injuries, which Defendants caused, persist to this day."

At least three other lawsuits have been filed by Capitol police officers in the wake of January 6, according to The New York Times. But Thursday's legal offensive is the first to spell out Trump's alleged connection to various political organizers and extremists, who worked in concert to overrun the Capitol building.

The suit takes on a broad view of the riot, casting January 6 as the culmination of problematic rhetoric and activities dating back to May of last year, when Trump first trotted out his baseless claims of election fraud. It also mentions the takeover of the Michigan Capitol earlier, in April of last year, as well as various news appearances by Oath Keepers leader Stewart Rhodes.

The officers contend that there are a number of laws and statutes that the defendants violated, including the 1871 Klu Klux Klan Act, which protects the U.S. government from violent conspiracies. The suit also alleges that the defendants carried out "bias-motivated acts of terrorism," which goes against District of Columbia law, according to the times Times.

"This is probably the most comprehensive account of Jan. 6 in terms of civil cases," Edward Caspar, one of the plaintiffs' lawyers, told the Times. "It spans from the former president to militants around him to his campaign supporters."

The plaintiffs appear to lay most of the blame at Trump's feet. The president, it says, "encouraged and supported acts of violence, knowing full well that among his supporters were such groups and individuals as the Proud Boys, who had demonstrated their propensity to use violence."

The officers further claimed that when the former president was apprised of the riot, he "refused to call off the attackers, whom he had personally directed to the Capitol just moments before."

Trump's lawyers have repeatedly argued that the former president is shielded by absolute immunity over official actions taken as president, The Washington Post notes. Trump has also vehemently denied inciting any violence on January 6 and attempted to distance himself from the chaos that unfolded that day.