Congressmen defend clandestine trip to Afghanistan: "We needed to see for ourselves"

Military officials are furious over the pair’s unauthorized trip, which also drew a stern rebuke from Nancy Pelosi 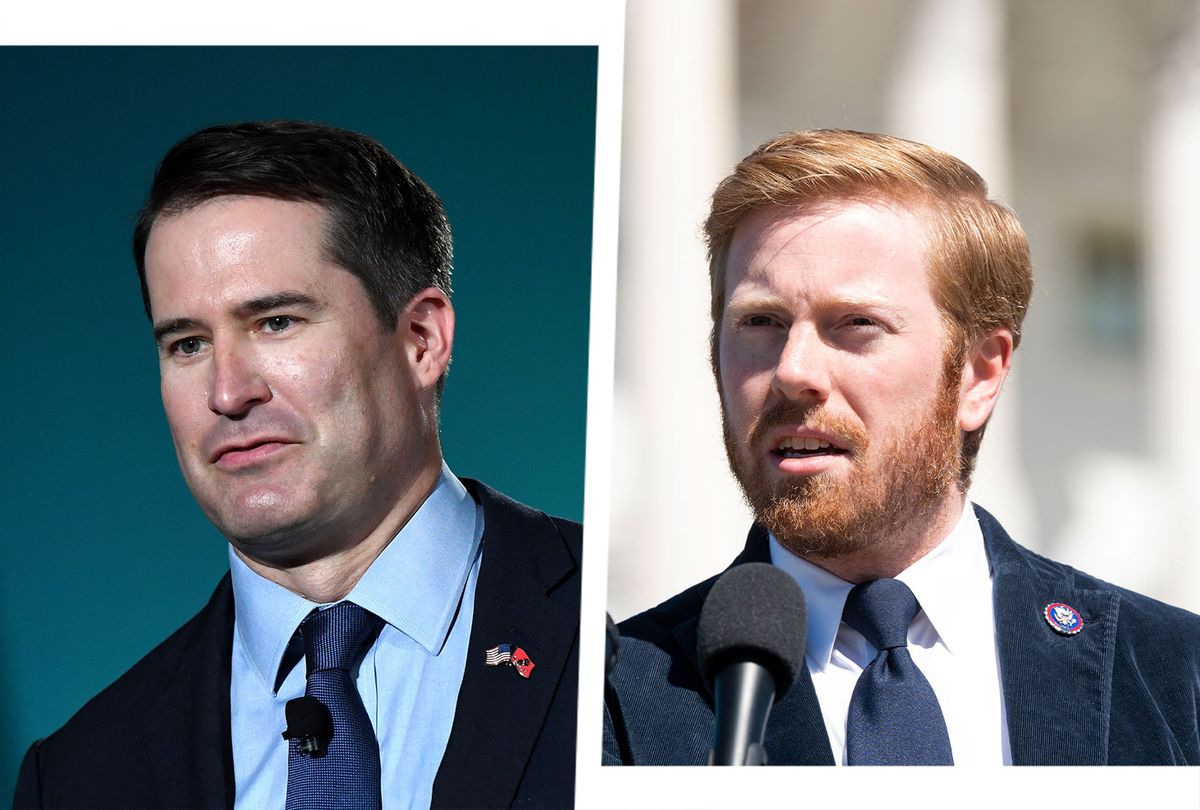 Reps. Seth Moulton, D-Mass, and Peter Meijer, R-Mich., aren't apologizing for their unauthorized trip to Kabul on Tuesday and departure less than 24 hours later on an evacuation flight.

The two congressmen said in a joint statement that they traveled to Afghanistan "in secret" to "minimize the risk and disruption to the people on the ground, and because we were there to gather information, not to grandstand."

But the trip was not approved as an official congressional fact-finding trip, according to the Washington Post, which first reported the trip. And the trip "infuriated" officials at the Pentagon and State Department after their presence "served as a distraction" to personnel rushing to evacuate as many people as possible before President Joe Biden's self-imposed August 31 withdrawal deadline. Administration officials have also warned that the threat of terrorist attacks targeting the Kabul airport is "real" and "acute."

"It CANNOT be overstated how angry" Pentagon and State Department officials are at the two congressmen, tweeted John Hudson, one of the Post reporters who broke the story.

"It's one of the most irresponsible things I've heard a lawmaker do," an unnamed diplomat told the Post. "It absolutely deserves admonishment."

"It's as moronic as it is selfish," a senior administration official told the outlet. "They're taking seats away from Americans and at-risk Afghans — while putting our diplomats and service members at greater risk — so they can have a moment in front of the cameras."

The congressmen, however, dispute that they took seats away from vulnerable evacuees.

"We left on a plane with empty seats, seated in crew-only seats to ensure that nobody who needed a seat would lose one because of our presence," they said.

The pair also denie that they created a distraction.

"We have been on the other side of this argument while we were serving and it just isn't accurate," they said in a statement to the Post. "Trust us: the professionals on the ground are focused on the mission. Many thanked us for coming."

A spokesman for Moulton told the Post that the two lawmakers paid their way to the United Arab Emirates and then "figured out a way onto an empty military flight going into Kabul." It's unclear who authorized their trip on the military flight nor how they planned to get out of the country. US military officials did not learn of the visit until their aircraft was inbound to Kabul, according to the Associated Press.

The two lawmakers, both of whom are Iraq War veterans and vocal critics of Biden's withdrawal, said the purpose of the visit was to push Biden to extend the August 31 deadline.

"After talking with commanders on the ground and seeing the situation here, it is obvious that because we started the evacuation so late, that no matter what we do, we won't get everyone out on time, even by September 11," they said.

"I got several not just families but groups through the gates," Moulton told The Boston Globe. "It's amazing that people think this is about politics when it's about innocent lives and saving people who have given everything to us from torture and death. Every single person that we can get through the gates who is one of our allies, that is the difference between freedom and death,"

Biden has vowed to get every American and Afghan ally out of the country but it's unclear whether there is enough time. It's also unclear how many people need to be evacuated. US officials believe there are thousands of Americans still in Afghanistan, including some that have no way of getting to the Kabul airport safely, according to the New York Times. There are also tens of thousands of Afghans who worked for the US government during the war who are eligible for special visas but refugee experts estimate that at least 300,000 Afghans are in "imminent danger" of being targeted by the Taliban for associating with the US. The Taliban said they will allow Americans and foreigners to leave but have barred Afghans from going to the airport.

Moulton, who serves on the House Armed Services Committee, and Meijer, a member of the House Foreign Affairs Committee, arranged to vote by proxy during their trip but the excursion prompted a warning from House Speaker Nancy Pelosi, D-Calif.

"Member travel to Afghanistan and the surrounding countries would unnecessarily divert needed resources from the priority mission of safely and expeditiously evacuating America and Afghans at risk from Afghanistan," Pelosi said in a letter to colleagues on Tuesday that was obtained by Politico.

Pelosi, who said she learned of the trip shortly before it was reported, said at a news conference on Wednesday that the trip was not a "good idea."

"There's a real concern about members being in the region," Pelosi said, citing the potential risk to lawmakers and the resources necessary to facilitate their visit. "This is deadly serious. We do not want members to go."

"There's a lot of work there to be done by the men and women in the military. I think that puts an extra burden on them," House Foreign Affairs Chairman Gregory Meeks, D-N.Y., told reporters.

"Whether it is Haiti or Afghanistan," tweeted Rep. Sara Jacobs, D-Calif., "taking up space in a disaster zone for your own ego helps no one."

But Moulton remains unfazed by the criticism from his collegagues.

"The scoldings mean nothing when we're saving a few lives."