Ty Garbin got 6 years in plot to kidnap Gov. Gretchen Whitmer after flipping on his alleged co-conspirators 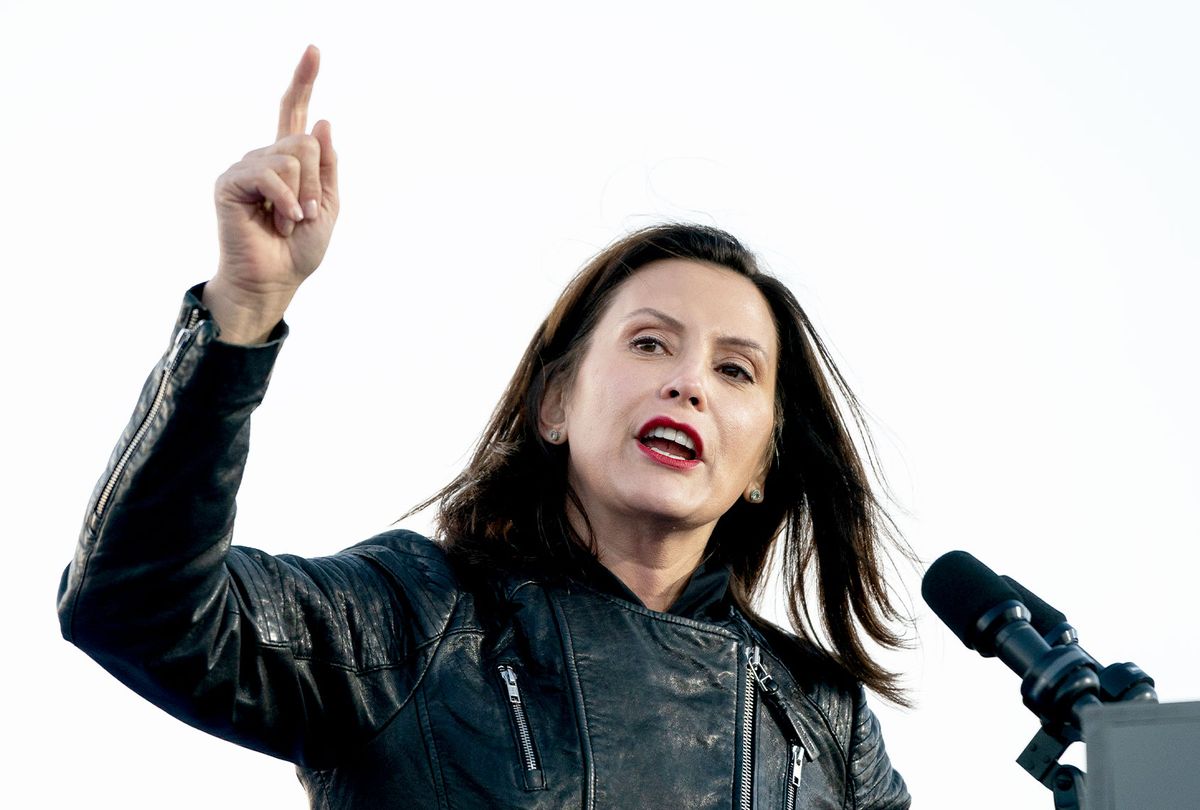 A Michigan militia member was sentenced to more than six years in prison on Wednesday after admitting to participating in a plot to kidnap Gov. Gretchen Whitmer over COVID restrictions.

Ty Garbin, a 25-year-old airplane mechanic, was sentenced to 75 months in prison and a $2,500 fine after pleading guilty to taking part in the plot. His sentence was well below federal sentencing guidelines that called for more than 17 years in prison after prosecutors said he provided a "wide-ranging insider's view of the conspiracy," according to NBC News.

Garbin, who said he joined the Wolverine Watchmen, an anti-government militia, over frustration with pandemic business restrictions imposed by Whitmer, is the only one of six defendants facing federal charges in the plot to plead guilty. His attorney told the court that he would be a "star witness" in the prosecutors' case against the other alleged conspirators, who will face a federal trial in October. Eight others face state charges in the alleged plot.

"I don't think that that cooperation can be understated in a case like this," defense attorney Gary Springstead told the court. "He is going to be a star witness" and "by all accounts has been truthful, honest, and totally cooperative with the government."

Prosecutors, who asked that Garbin be sentenced to nine years, agreed that he had provided vital information and potentially put himself at risk. Garbin's cooperation resulted in additional charges against three of the men in April, according to the New York Times. He was moved to a different jail from the other defendants after cooperating with the investigation.

"Garbin willingly put a target on his back to begin his own redemption," prosecutors said.

"He would come out and say, 'We planned to do this and I was knowingly a part of it.' He sat for hours answering all of our questions," prosecutor Nils Kessler said, according to the Associated Press.

Garbin at his sentencing hearing apologized to Whitmer, who was not present.

"I would like to take this opportunity to apologize to Gov. Gretchen Whitmer and her family," he said. "I've had a lot of time to reflect on my actions, and I never realized what my actions would have caused to her, but also her family. I can't even begin to imagine the amount of stress and fear her family members felt because of my actions, and for that I'm truly sorry."

Garbin said he also did not realize the "emotional effect" his actions would have on his family and friends and vowed to continue to "deradicalize" himself and help others who have been radicalized by extremists.

Judge Robert Jonker said he handed down a light sentence because of Garbin's cooperation.

"That's what's more impressive to me here, and not just the words of Mr. Garbin that he's abandoning this path, but the things he's done, concrete things he's done, to demonstrate that he means it," the judge said. He added, "He's changed his behavior, for sure. I think he's changed his heart and mind, too. And I think he is an excellent prospect to walk law-abiding paths once he's finished paying for these very serious mistakes."

Prosecutors said the six federal defendants plotted to kidnap Whtimer and participated in "field training exercises" that included target practice and how to breach buildings. The men allegedly also surveilled Whitmer's summer house and discussed planting explosives on a bridge to stop police from catching them. One of them, prosecutors said, proposed holding a show "trial" for Whitmer.

Federal investigators used an undercover source to track the group and arrested the suspects last October. While the informant provided investigators with key information on the plot, prosecutors said Garbin "filled in the gaps in the government's knowledge" about events and conversations that did not include their informant.

Prosecutors said that Garbin and most of the others were inspired by the far-right "boogaloo" movement.

"Such accelerationist groups are widespread and proliferating," they said in a court filing.

Whitmer, in a victim impact statement, told the judge that "things will never be the same."

"Threats continue," she said. "I have looked out my windows and seen large groups of heavily armed people within 30 yards of my home. I have seen myself hung in effigy. Days ago at a demonstration there was a sign that called for 'burning the witch.'"

Whitmer said that the threats have "taken a toll" on her and her family but acknowledged Garbin for "taking responsibility, accepting the consequences of his action and assisting in bringing others to justice."

"To reunite as Americans, we must find a way to bring those who have lost their way back from the brink, to remind those for whom violence represents an acceptable strategy that it is a path that will ultimately, and possibly irrevocably, divorce us from the founding principles of our nation," she said. "Their imagined defense of liberty is what most endangers liberty itself. Lies, radicalization and violent extremism are an existential threat to what we value. Now, more than ever, it threatens our future and the future we envisioned for our children."