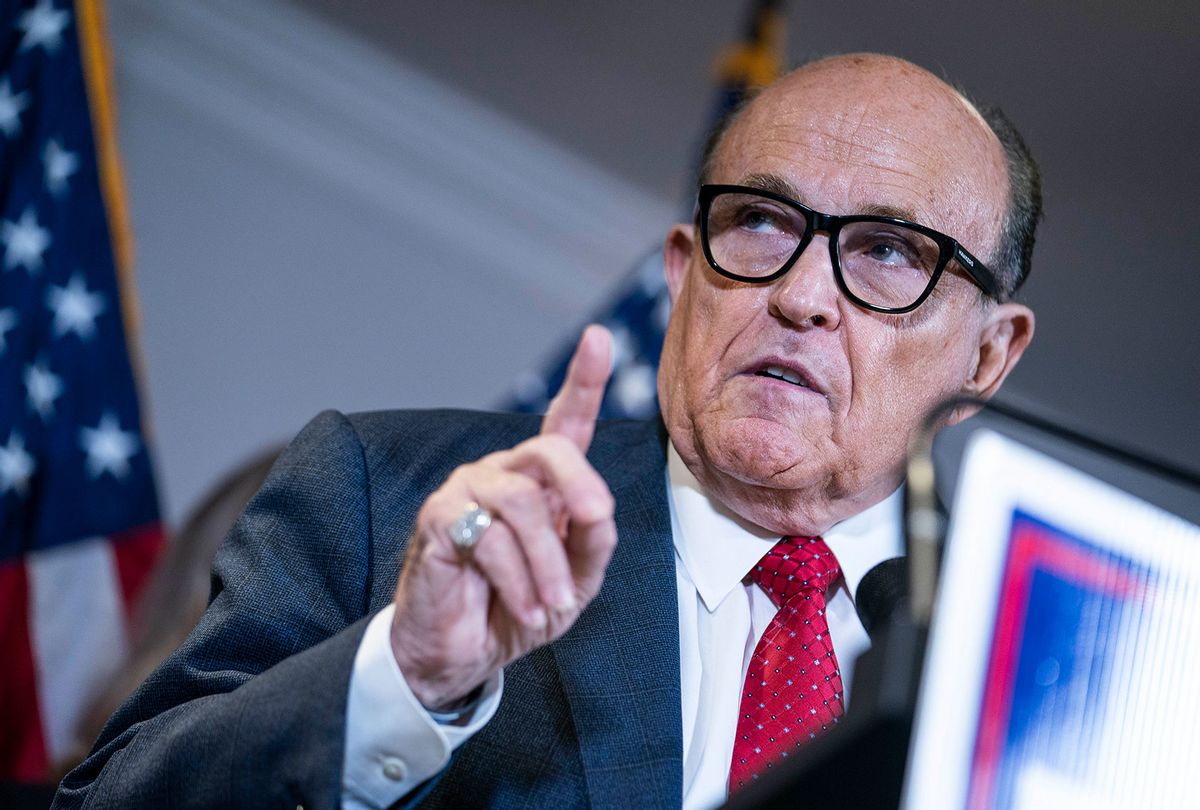 Former New York City Mayor Rudy Giuliani addressed his drinking during an interview with WNBC surrounding the 20th anniversary of the 9/11 attacks.

"At age 77, Giuliani says he's as sharp as ever," Melissa Russo reported. "And he denies claims and published reports and from colleagues that a drinking problem is to blame for the change people perceive in him."

Russo played a clip of the interview.

"Have you ever struggled with alcohol?" Russo asked.

"Were you drunk during those interviews when they said you were?" she asked.

"Absolutely not," he replied. "I don't think i've ever done an interview drunk."

"I have sometimes -- I mean, I drink normally. I like scotch. I drink scotch," he said.

"So you do not believe you have a drinking problem," Russo asked.