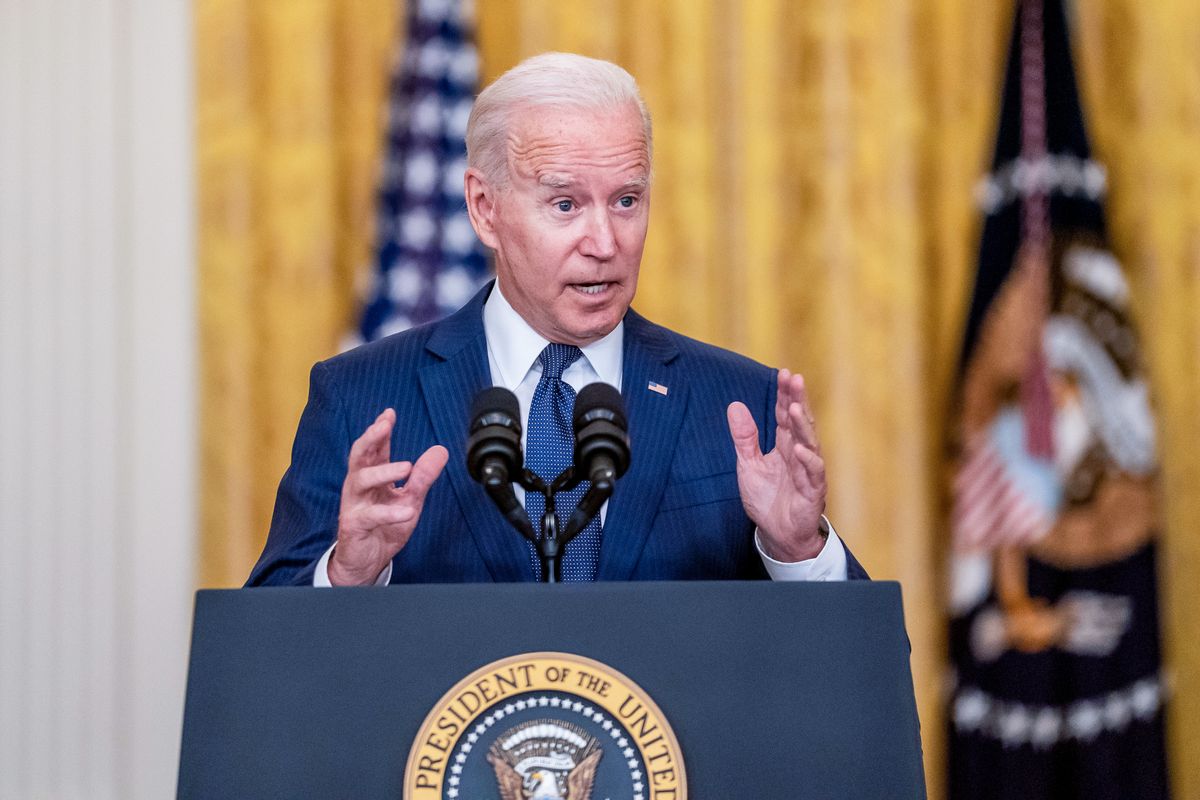 Even as he planned to withdraw all remaining U.S. troops from Afghanistan by August 31, President Joe Biden said Saturday that the drone strike that was launched Friday night in retaliation for an attack claimed by ISIS-K "was not the last."

"We will continue to hunt down any person involved in that heinous attack and make them pay," the president said in a statement Saturday afternoon. "Whenever anyone seeks to harm the United States or attack our troops, we will respond. That will never be in doubt."

The Pentagon said the drone strike killed two "planners and facilitators" of the explosion outside Kabul's airport, but according to The Guardian, in addition to targets related to the ISIS affiliate in Afghanistan and Pakistan, an elder in Jalalabad reported that three civilians were killed and four were wounded in the U.S. strike.

The bombing on Thursday killed as many as 170 civilians and 13 U.S. service members, and prompted calls from anti-war groups and lawmakers including Rep. Sara Jacobs (D-Calif.) for the U.S. to refrain from taking further military action in Afghanistan as two decades of the U.S.-led war there comes to an end.

Following the U.S. retaliatory strike on Friday, Ariel Gold of CODEPINK pointed out that even if no civilians were killed as the Pentagon is reporting, "these drone strikes help ISIS recruit."

"This is not what ending a war looks like," said CODEPINK of the president's threats of even more military action in the coming days, as he warned that more attacks are expected near the airport in Kabul in the next 36 hours.

In addition to the U.S. drone strikes, BBC correspondent Secunder Kermani reported that according to eyewitnesses, many people who were killed in Thursday's attack were shot by U.S. troops.

The New York Times reported Saturday that investigators in Afghanistan are examining where the gunfire came from during Thursday's attack.