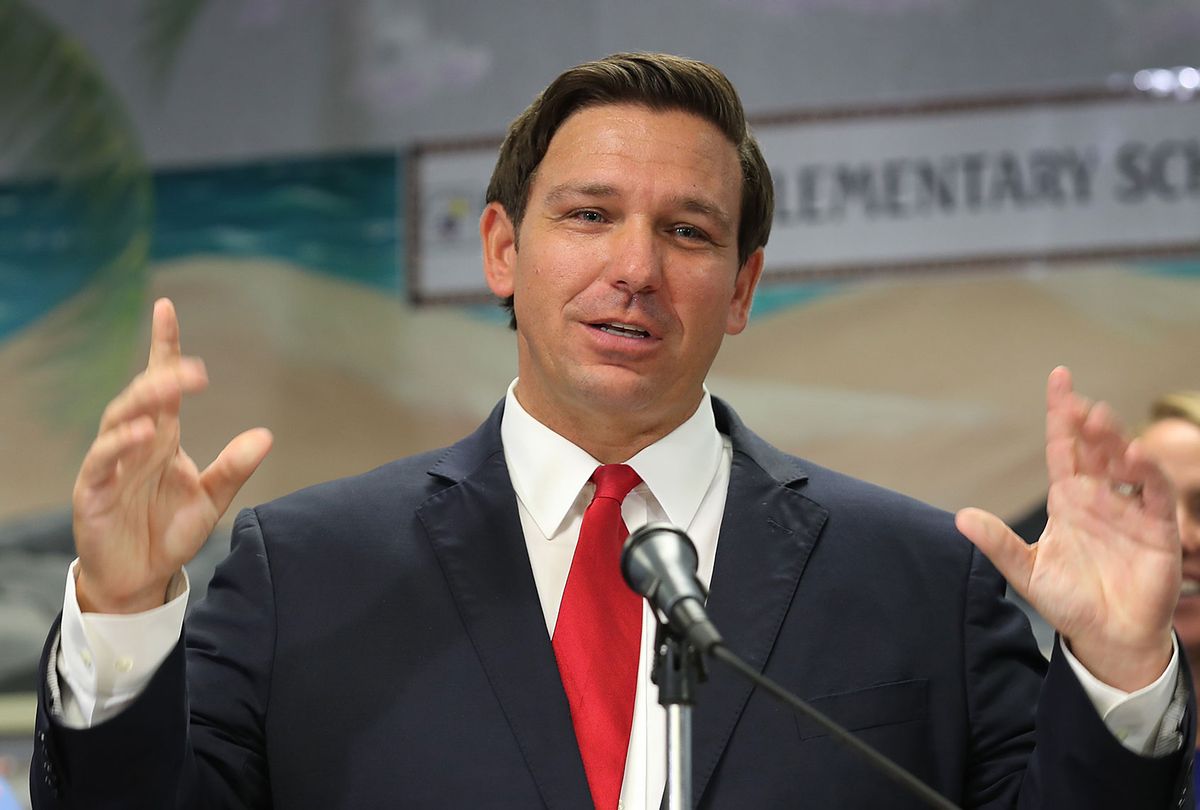 A Florida judge delivered a blow to Republican Gov. Ron DeSantis' effort to stop public schools from mandating mask-wearing amid the state's latest surge in Covid-19 cases, ruling that the governor violated the Florida Constitution with his executive order last month.

Cooper granted the parents an injunction against the Department of Education and noted in his ruling that the state's "parent's bill of rights," which lawmakers passed earlier this year and which DeSantis claimed allowed him to keep schools from following public health guidance, "doesn't ban mask mandates."

Florida Agriculture Commissioner Nikki Fried, a Democrat who is running to replace DeSantis a governor, called the ruling "a win for common sense, for children's safety, and for all the families and school officials who have been fighting to protect their loved ones, students, and staff."

The governor indicated earlier this week that he planned to appeal Cooper's decision to a more conservative appeals court if the ruling was not in his favor.

Several school districts have defied DeSantis' order in recent weeks despite his threat to pull funding, and as of Thursday, more than half of Florida's 2.8 million public school children were going to schools which have adopted mask mandates.

Cooper handed down his ruling as CDC Director Rochelle Walensky on Friday warned that outbreaks are beginning to overwhelm schools in districts choosing not to follow public health guidelines including masking, social distancing, and ventilation.

"In our outbreak investigations, large-scale quarantines or large number of cases are generally occurring in schools, because schools are not following our guidance, particularly our recommendations for teachers as well as students aged 12 and over to be vaccinated and for everyone right now to be masked," Walensky said.

"I want to strongly appeal to those districts who have not implemented prevention strategies and encourage them to do the right thing to protect the children under their care," she added. "We know these multi-layered mitigation strategies work, and thanks to the American Rescue Plan schools have the resources to implement these strategies."

Amid DeSantis' attacks on public health measures, Florida is now seeing more children hospitalized with Covid-19 than at any other point in the pandemic. The state currently has the fifth highest number of new infections per capita.

Walensky's warning also applied to school districts in Mississippi, Georgia, and Louisiana, where tens of thousands of children have had to quarantine in recent days following exposure or potential exposure to the virus.

The Children's Hospital Association on Thursday requested "immediate help" from the Biden administration as pediatric hospitalizations across the country reached 1,500.