Republicans went too far with an overtly racist gerrymander — but in the long run, still got what they wanted 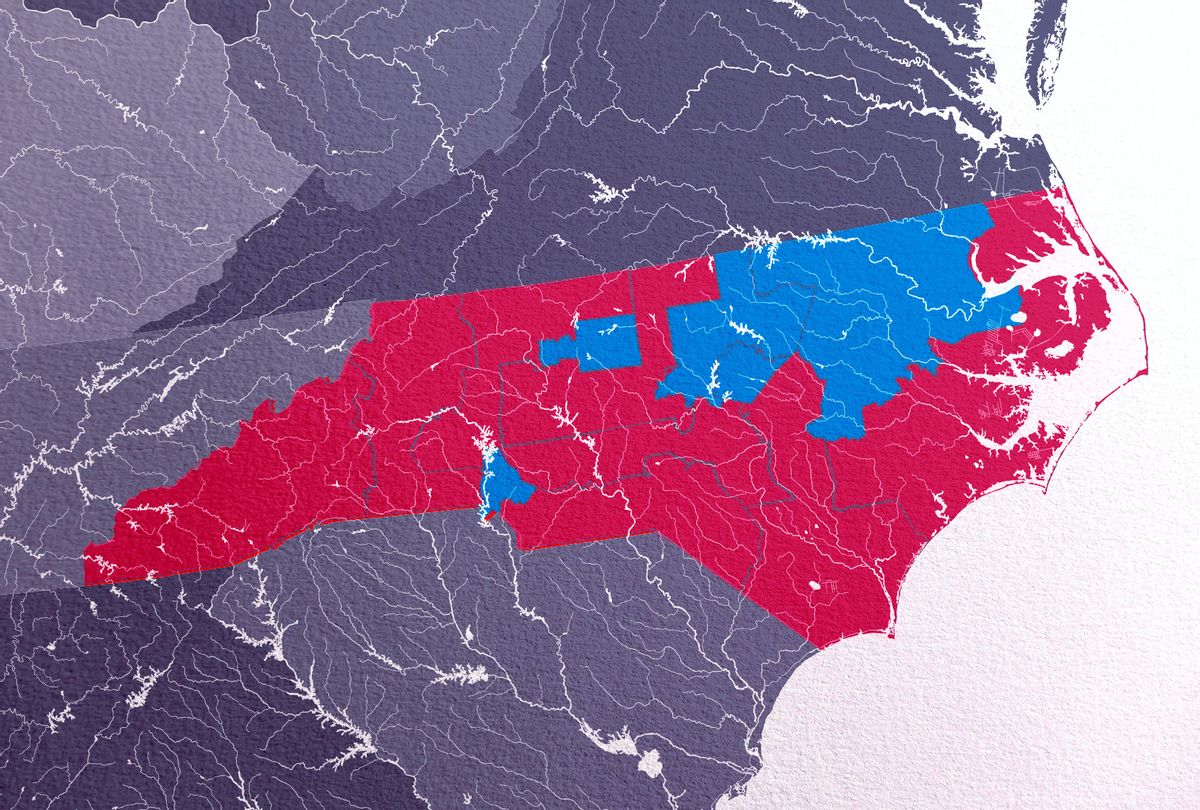 North Carolina has become a laboratory to subvert democracy. Republicans captured both houses of the state legislature in 2010, then engineered gerrymandered maps that ensured  power for a decade.

Then they went to work: Voter ID bills that surgically suppressed the Black vote, a brazen power grab over the state judiciary and election administration boards, an assault on academic freedom in the state university system, a 2016 lame-duck session that neutered the authority of incoming Democratic Gov. Roy Cooper. This version of political hardball provided the playbook for Republicans in other states across the country, including Wisconsin, Michigan, Texas and Arizona.

Many villains provided the funding and legal cover for this evisceration of public institutions and meaningful elections. But if you want to understand how North Carolina's democracy became so diseased, a former state representative named David Lewis is a pretty good place to start.

Lewis, a farmer from rural Hartnett County who chaired the legislative committee that was responsible for redistricting, became the folksy public face of the greedy GOP gerrymander and freely admitted its partisan design. Now, after pleading guilty to two federal charges related to a scheme to siphon campaign funds for personal use, Lewis is also the public face for the greed, public corruption and entitlement that's too easily bred when lawmakers benefit from districts they can't lose.

Lewis didn't draw the actual maps; that task fell largely to notorious GOP mastermind Tom Hofeller. His job was genial obfuscation. In a line that was quoted all the way to the U.S. Supreme Court, Lewis proclaimed that the purple state's map was was intentionally drawn to elect 10 Republicans and three Democrats — because he did not believe it was possible to stretch the advantage to 11-2.

"I think electing Republicans is better than electing Democrats, so I drew this map to help foster what I think is better for the country," he said. It was a canny admission, delivered with an aw-shucks drawl, designed to conceal the unconstitutional race-based "packing" of Black voters that made the partisan edge possible. One congressional boundary in Greensboro even bisected North Carolina A&T, the nation's oldest historically Black university, creating two likely Republican seats, partly by putting seven of the school's dorms in one district and six in another.

When I asked Lewis about this on a 2019 panel at the University of North Carolina campus in Chapel Hill, he worked himself into a moral dudgeon over being accused of a racial gerrymander. It was simply a coincidence, he insisted, hardly intentional. After all, every district line had to go somewhere! Months later, however, when Hofeller's daughter turned over his digital files after his death, a story I first broke in the New Yorker, the truth was revealed. Hofeller had included racial data on his draft maps. Republicans had misled a federal court about how they used that racial data. Furthermore, the files suggested that Lewis had lied to his colleagues about when Hofeller started drawing maps, perhaps to sneak in one more election cycle under the tilted lines. As I dug through Hofeller's files, I found multiple spreadsheets with the addresses of thousands of North Carolina college students, coded not only by university and voting pattern, but based on whether or not they had the necessary ID to vote after passage of the legislature's new restrictions. Hofeller knew full well the meaning of that line through the A&T campus. The North Carolina Supreme Court would ultimately invalidate the map and demand a new one.

Lewis did no better when it came to hiding a brazen scheme to divert hundreds of thousands of campaign contributions for his own use. (An examination of his campaign finance reports showed that many donations came from national PACs with ties to GOP political interests, perhaps related to this rural lawmaker's control over redistricting.) Struggling to pay the bills on a family business, Lewis set up a bank account for a phony organization that he called NC GOP Inc., so that it resembled the name of the state party. He did not register that company with the state. Then he wrote checks from his campaign account to his sham company and reported them as donations to the actual North Carolina GOP.

They were not. According to the federal indictment, for just one example, Lewis caused a check for $50,000, made out to NC GOP, to be written from his campaign account in the summer of 2018. He deposited it instead into his own NC GOP Inc. account — and almost immediately wrote two checks from that account. One, for $47,600, went to Lewis Farms, his family business. Another $2,050 went to the landlord of his residence. According to prosecutors and Lewis' guilty plea, he ultimately siphoned some $365,000 for personal use.

This week, Lewis received a slap on the wrist for this illegal financial behavior: No prison time and a $1,000 fine. It pays to be well-connected. Indeed, those without fancy lawyers and professional acquaintance with the judge would almost certainly have earned serious prison time for matters involving much smaller amounts.

It hardly seems enough, not for Lewis's abrogation of public trust, and not for his larger sins against democracy which have ruined lives and damaged public institutions. But in the end, North Carolina Republicans essentially got away with that too. When courts overturned the GOP maps as unconstitutional partisan or racial gerrymanders, the party had infamous partisan loyalists like Hofeller on speed-dial to replace them with new maps that were just as obviously rigged, allowing Republicans to hold supermajority power even when the two parties closely divided the vote. And even when the state supreme court overturned Hofeller's handiwork in 2019, the maps went back to the legislature for tweaking and still favored Republicans in 2020, just a little less.

Which means Republicans will control the next decade of mapmaking in North Carolina as well. That got underway in earnest last week. There is a new public face. Republican lawmakers are already making troubling noises about how they will and will not use racial data. The disease is metastasizing. Lewis' petty corruption generated only the most tepid response. As for the egregious corruption of democracy itself — the bulldozing of competitive elections, the perversion of public policy? For that, there never seem to be any consequences at all.