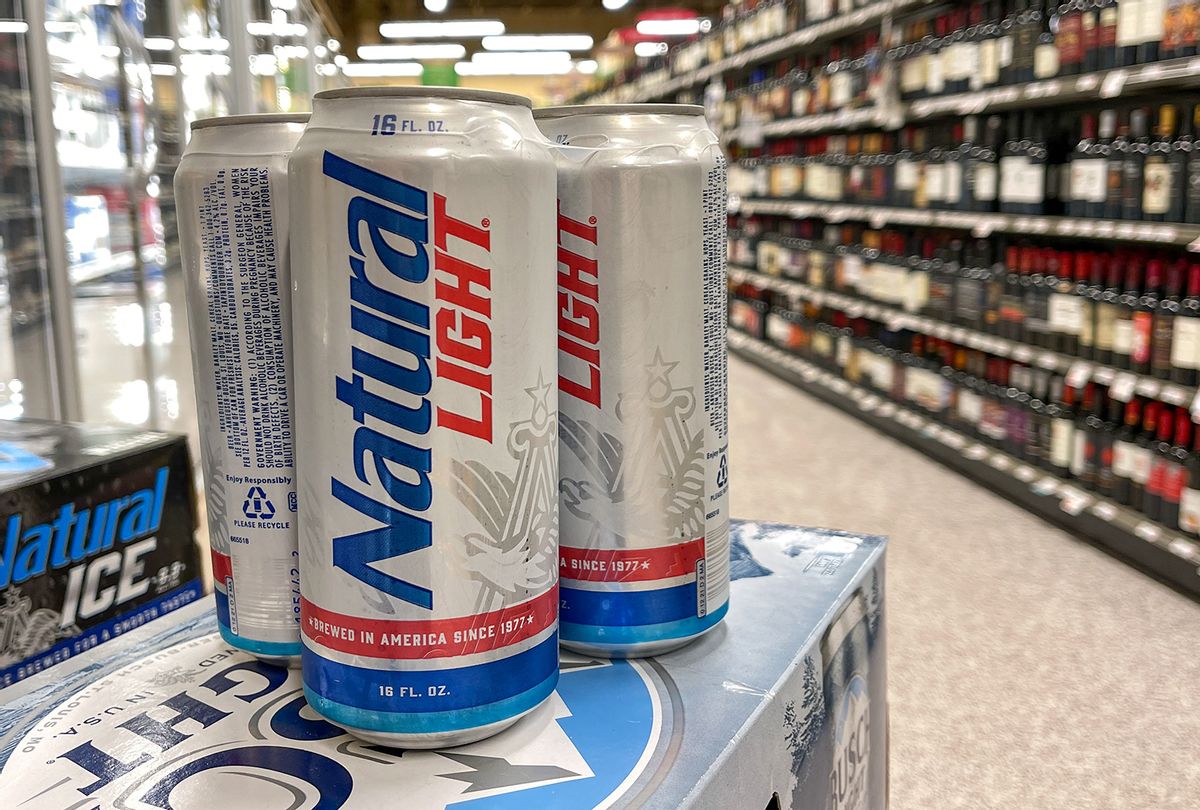 "What should we bring?"

It seemed like a simple enough question: a friend and I were standing in front of the beer aisle at our neighborhood bodega, bathed in fluorescent light and debating which brew we should bring to our first graduate school party — and really, when I think about it, our first party as real, bona fide adults.

As silly as it seemed, the choice felt heavy with significance. First impressions, as they say, are everything, and when attending a party full of writers it's especially important to be aware of the metaphors you're presenting.

I can still remember the clamor after I told my classmates that the box was fair game — everyone rushed to grab a can, saying things like "What a throwback," and "I haven't had this in years."

By the end of the night, my counterpart's $40 bottle of wine sat, unopened, at the edge of a counter covered with silver-and-blue cans in various states of distress. Sure, craft beer and specialty cocktails have their place, but here was proof that there's nothing wrong with loving a mass-produced domestic beer that's cheap enough to buy in bulk and light enough to keep drinking for hours on end.

Thinking back on that night, now, I can barely remember the taste — those Natural Lights tend to blend together with the memories of countless others, many of those moments lost to the tipsy haze of time.

Much ink has been spilled about the relative merits and drawbacks of Anheuser-Busch's original light beer, and despite its cult-classic status on college campuses — it's been affectionately nicknamed "Fratty Light" — it seems Natural Light's detractors are winning the battle for hearts and minds, with many in my personal life declaring it "tasteless" and "cheap, but not in the good way." In fact, the website RateBeer.com lists Natural Light at No. 1 on its list of "Worst beers in the world."

For one, it was the ninth best-selling beer in America by volume last year, according to data compiled by the Chicago-based market research firm IRI — a stunning accomplishment for a brand whose business is largely retail. (Can you remember the last time you saw Natural Light on a bar menu, let alone a draft list?)

College students couldn't possibly be responsible for that kind of sales volume alone, which means most of the Natty lovers in your life — and there are surely a few — have stayed silent for far too long. 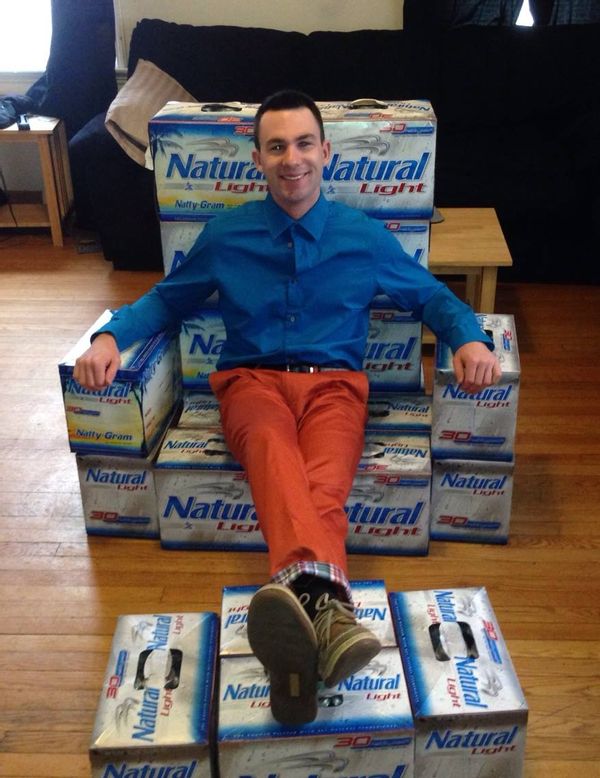 The author, during his younger years, sitting atop a throne of Natural Light. (Brett Bachman)

As for the people who say it has no taste, well, I politely disagree. It's not as full-bodied as some of its "light" brethren — but then again, that's not the point. Natural Light's high carbonation and slight funkiness make it the perfect pairing for seafood and other grilled entrees, with a subtle flavor that leaves room on the palette for brine, saltiness and smoke. Don't let the beer snobs tell you anything different.

In fact, Natty is a favorite of the crab-crazy Maryland coast, especially the summer mecca Ocean City, where it's colloquially known as "Shore Champagne."

"God help you if you — you high-minded individual — try to suggest folks here drink Bud Light (too expensive), or Coors Light (trashy), or something more millennial-approved like Miller High Life (for sissies)," the Ocean City native Mickie Meinhardt writes for Bitter Southerner, in an ode to her hometown's favorite brew.

"Bud is heavy, flat, muddy; Miller sounds like your dopey next-door neighbor; Coors is uttered like a question. Coors? Why? But Natty, oh, Natty is your friend. Your oldest, most dependable friend."

Natural Light's reinvention as a drink for college students is largely a byproduct of smart marketing — Anheuser-Busch InBev famously uses the brand as the face of its student debt relief program, for example — but ask anyone over a certain age and they'll recall a time when Natty was one of just two games in town.

It even predated Bud Light by two years — apparently executives didn't want to "water down" their flagship brand with a namesake light beer, though they changed their minds after Natural Light proved to be a best seller.

Contrary to other light beers of the era, it wasn't marketed solely toward women or those interested in weight loss. Instead, early advertisements for the brand touted it as a proto-organic product for active people, best enjoyed after a jog or some kind of manual labor. Taste and drinkability were Natural Light's selling points, making it perfect for a newly health-conscious nation.

"When you're thirsty for a beer or two, but what you're doing isn't through, that's the time to take a natural break," one 1977 jingle declares.

Another campaign featuring Mickey Mantle attests "there's nothing artificial in this light beer." The Yankees' legend had previously done commercials for Miller Lite, and the switch also made history by sparking one of the first athlete endorsement dramas of the modern era.

With the introduction of Bud Light, however, Natural Light was, over time, shunted off to the side of AB-Inbev's marketing schedule. Its "natural" ingredients quickly fell by the wayside as a marketing strategy as well, making way for its current image as an "economy" brand largely heralded for its cheapness.

To that end, I can still remember walking into the convenience store near my college apartment and seeing a towering case of Natural Light boxes for sale — indeed, this appears to be the preferred method of display for the brand today.

At that time, 30 cans cost just $9.99. My friends and I actually did the math: Natural Light cost less per unit volume than the flat of bottled water next to the beer display. How was that even possible?

My own personal love for Natural Light, unfortunately, doesn't come from any kind of regional affiliation or nostalgia for its original brand image — but it was, by dint of its price and widespread availability, one of the first beers I drank. I'm certainly not alone in this.

It's possible to get drunk on Natural Light (I've been there a time or two) — but by dint of its low 4.2% ABV, the sheer volume of liquid one has to drink to accomplish this feat makes it difficult, something that rarely happens by accident.

One friend recently likened Natty to a car's cruise control function, perfect for day drinking or other functions you'd like to remain pleasantly-drunk-yet-put-together at for hours on end. I've rarely needed help standing up after a night of Natural Light — something I cannot say for whiskey.