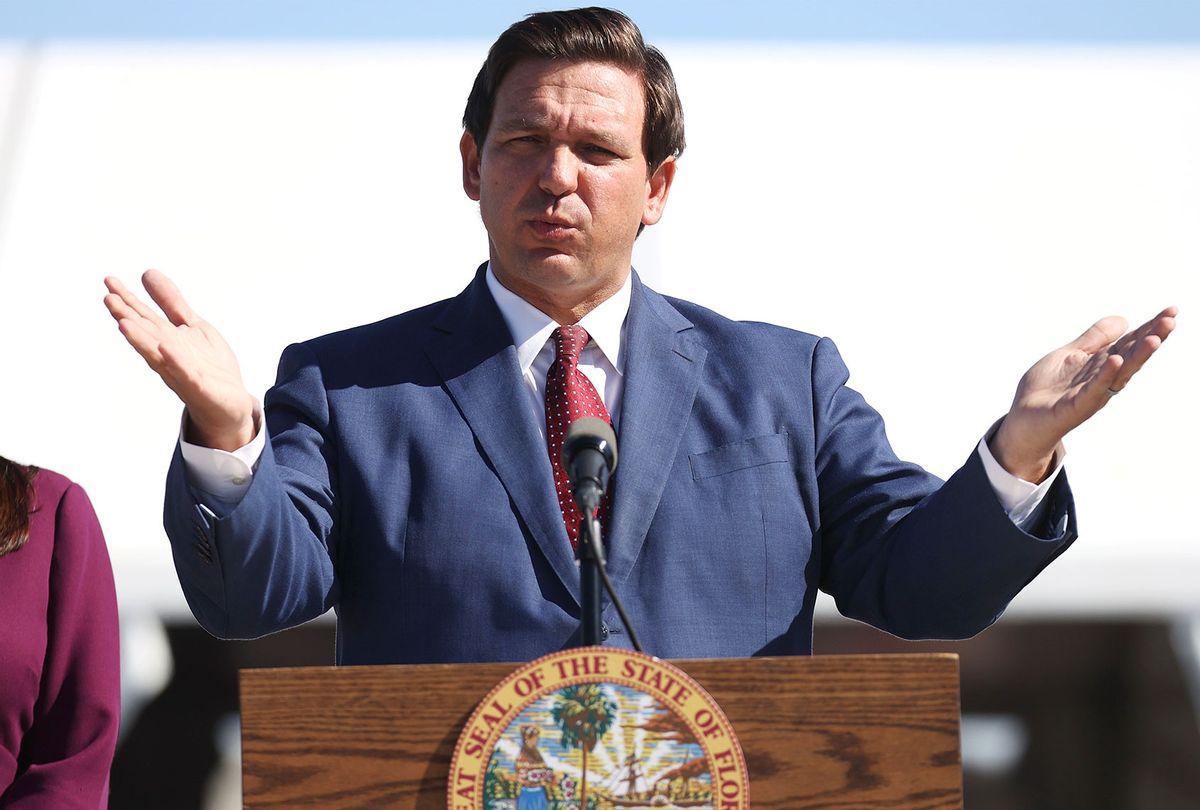 According to a report from the Bradenton Herald, Gov. Ron DeSantis (R-FL) has been speaking with a California psychiatrist who is a proponent of using Ivermectin, an antiparasite drug used on animals, as an alternative treatment for COVID-19.

DeSantis, whose state is reeling from a massive surge of infections and COVID-related deaths, is already under fire for slow-walking or outright hindering measures to slow the spread of COVID, with a Politico report on Friday saying it could cripple his political future.

According to the Herald report, Dr. Mark McDonald of Los Angeles is "advising" DeSantis, with the report labeling the doctor as being, "....among a fringe group of outspoken medical professionals who have pushed ivermectin as an alternative to widespread vaccination against coronavirus. McDonald called ivermectin an 'effective, safe, inexpensive treatment' in a Aug. 5 Twitter post, and he shared an article by the Jerusalem Post citing a recent study of the drug in Israel."

The Herald reports that McDonald was invited by DeSantis to a closed-door discussion on masks in schools back in July, noting, "In his comments, he argued that 'masking children is child abuse,' according to video of the meeting later released by the governor's office."

The report notes, "McDonald accused the Food and Drug Administration of sidelining ivermectin because it already has spent billions of dollars to 'mass vaccinate the population.'"

In an interview, he stated, "If the goal of these people is to advance public health and make the public well, why have none of them spoke a single word about prevention and making one healthy to prevent an infection or hospitalization or death/ I think there is a lot of dishonesty here and cancellation of people who support truth."

According to Dr. John Sinnott, the chairman of internal medicine at University of South Florida's Morsani College of Medicine, any doctor pushing ivermectin to treat COVID is "evil."

"Any physician who espouses this should be reported to their state medical association," Sinnott stated.