Last week made it clear: If we don't act to expand the Supreme Court, the GOP will establish one-party rule 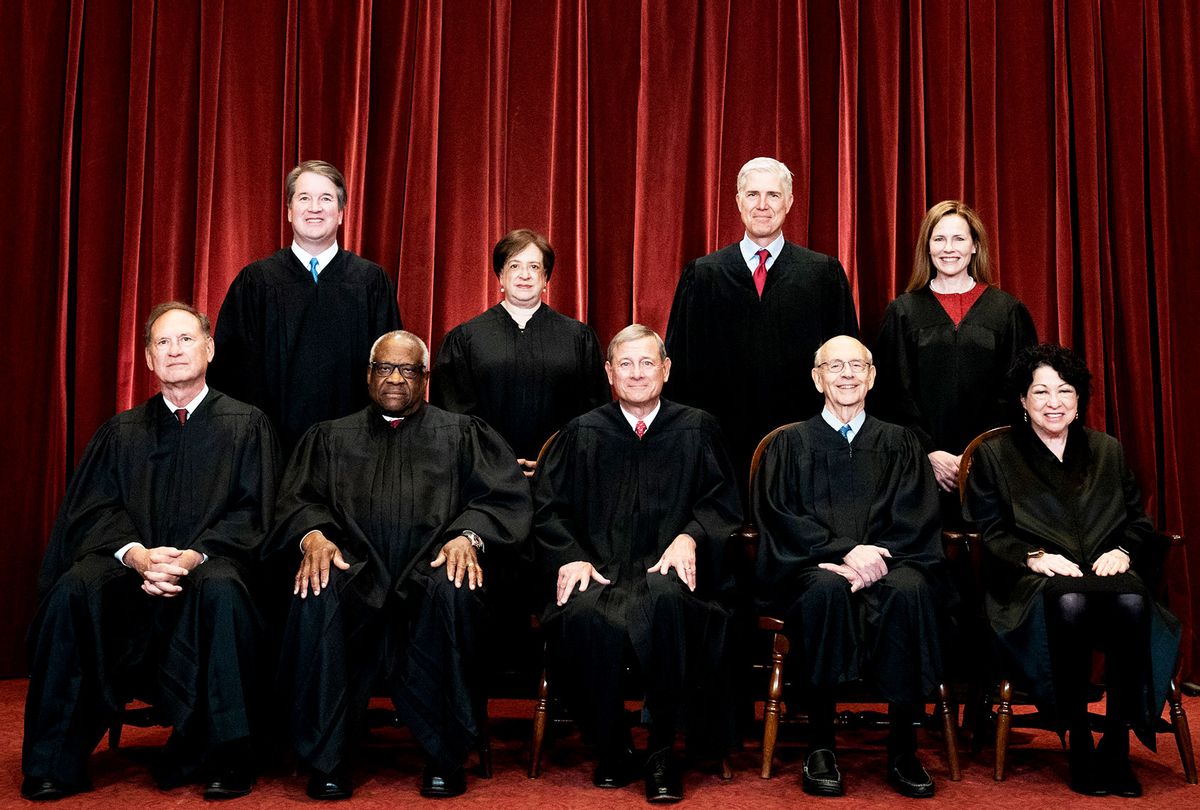 In 1787, delegates to the Constitutional Convention engaged in contentious debate, working with urgency to establish a self-governing people capable of representative democracy. The convention produced a governing document that, for more than 200 years, has largely guided our nation through triumph and tribulation. It took 116 days.

Two centuries later, our democracy no longer needs to be created from scratch. But make no mistake — it is in desperate need of saving. And quickly. Yet President Biden's Commission on Supreme Court reform has already spent more than those 116 days with little to show for it.

If you think the comparison sounds dramatic, just consider the past week: In a 48-hour window, in a secretive process aptly known as "the shadow docket," the Supreme Court has effectively destroyed the entire balance of power, designed by our Framers, between the unelected and elected branches of our government.

Last Tuesday night, without any public hearing or testimony, unelected Supreme Court justices released a radical ruling requiring the Biden administration to reinstate Donald Trump's cruel and inhumane "Remain in Mexico" policy. Not only did the conservative justices insert themselves in foreign policy, they made a blatant and scary political statement — having permitted Trump to create immigration policy by executive order, but now prohibiting a Democratic president from doing the same.

Dispelling any notion that this might be a one-off overreach into judicial lawmaking, the court did it again late Thursday night, overturning President Biden's eviction moratorium and granting its blessing to kick off mass evictions in the midst of a deadly global pandemic.

The GOP stranglehold on the Supreme Court is so thorough that two-thirds of all Americans weren't even born yet the last time a majority of the justices had been appointed by Democratic presidents. And the court's current 6-3 Republican majority, coupled with the Republican Party's stated intent to block Democratic presidents from filling any vacancies that arise, means that absent reform, Republicans are likely to continue to enjoy a majority on the court for decades to come. An undemocratic majority put in place via minority rule has behaved as we should expect. As Demand Justice co-founder Chris Kang recently told the Commission: "The court's most consistent victim is democracy itself."

Unfortunately, you wouldn't have any reason to believe we are living through a massive crisis of our democracy, based on how little urgency or action we're seeing from Biden's Supreme Court commission. In the roughly four months since its first organizational meeting in May (which lasted only 20 minutes), the commission has met just two other times, listening to panels of elite legal scholars and academics. Nowhere in this process have the voices of everyday Americans — the people with the most at stake — been elevated. The commission has one final meeting on the calendar for November and has already said it won't be producing any recommendations.

With all due respect to the members of this commission, all of whom have other obligations, and to members of Congress, all of whom are grappling with many complicated issues: We do not have time to waste, and we need not spend any more of it on an apathetic academic exercise.

If we want our democracy to survive, this commission needs to move faster — and think bigger. Recommending immediate expansion of the Supreme Court by at least four seats is the only reform that meets the urgency of the moment. No other proposal would immediately wrest control of the Supreme Court from the extremist political minority that is using it to assail our democracy and impose minority rule.

There are a number of actions that would help reinforce the court's independence and integrity, including a code of ethics for justices and term limits. But because of the political realities of our present court, it's obvious that expansion is a necessary precursor to other reforms. Without expanding the Court immediately, other reforms may be struck down by the current court or take too long to have a meaningful impact on its composition and reduce the threats to our democracy we face today.

The same is true of a host of other urgently-needed policy reforms before Congress that would strengthen our democracy: All are vulnerable to a Supreme Court that has been captured by a political party committed to establishing minority rule. Should Congress enact laws to restore democracy — by enfranchising U.S. citizens in its territories and the District of Columbia, explicitly combatting the voter suppression laws cropping up across many conservative and battleground states, or altering the campaign finance laws that allow dark money to flood politics — the entrenched conservative justices can be expected to strike down any legislation that would threaten the Republican stranglehold on the country.

The Republican Party is actively trying to destroy American democracy and entrench itself as a permanent governing minority party, and the Supreme Court's right-wing majority is an active and enthusiastic participant in this effort. By ignoring this reality, the commission won't make it go away.

We are at a critical moment as we approach the end of this Commission's timeline. There exists a narrow window to act to expand the court. With a president and majorities in both chambers of Congress that are at least nominally supportive of democracy, there's a chance our democracy can be saved and strengthened. But that window may soon close. Republicans need to win control of just one chamber of Congress next year in order to thwart any effort to strengthen democracy. And if this governing window closes without expanding the court, the opportunity may never arise again. Like it or not, those who value democracy are in a race against those who are trying to dismantle it.

We can do big things, but the question is whether, like the Framers, we are willing to do them. If we aren't, our fellow Americans will have to live with the consequences for generations to come.