Unless we are able to figure out a way to change hearts and minds, this is just the terrifying beginning 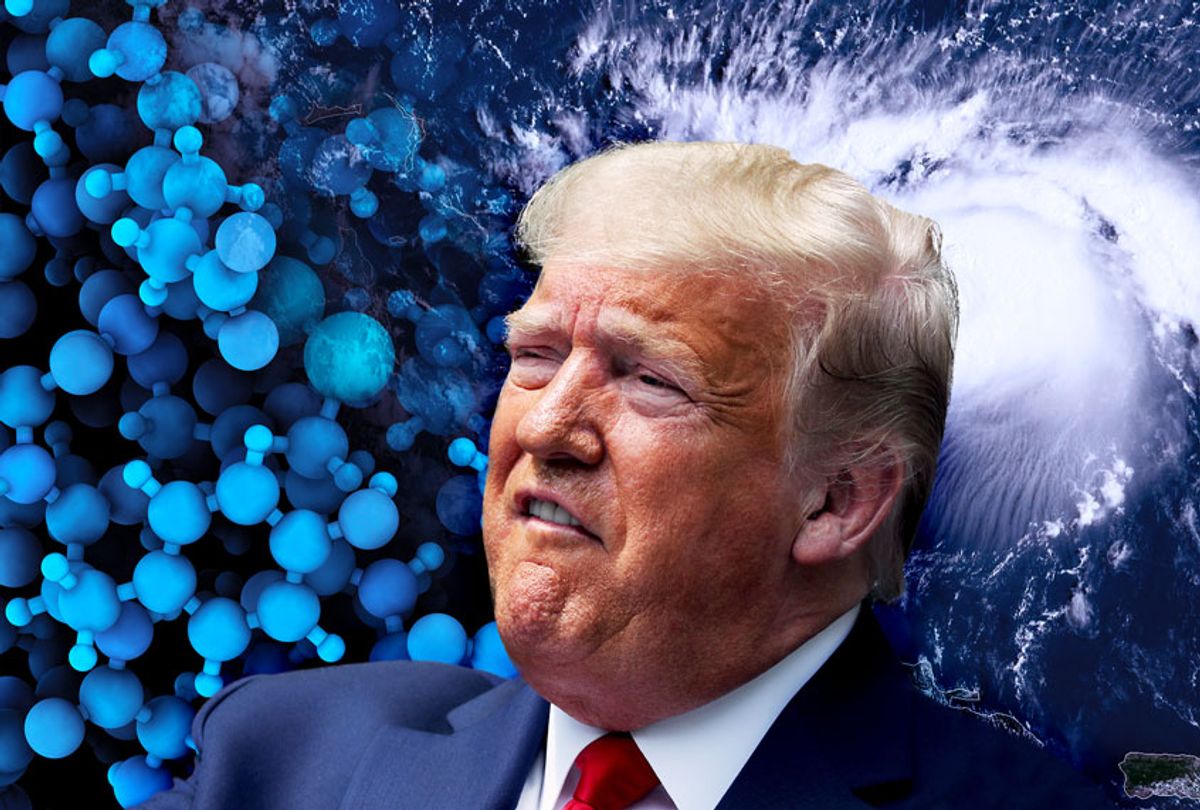 It is an understatement to say there is a lot going on right now. The two biggest stories over the weekend were the winding up of the dangerous airlift out of Afghanistan and the arrival of an epic hurricane hitting the Gulf Coast on the anniversary of Hurricane Katrina.

Now is a dangerous time —  but judging from the news coverage, I don't think we've fully grasped just how much danger Americans are actually in.

In a number of states, this latest COVID-19 surge, driven by the lethal Delta variant, has now surpassed the deadly surge of last winter. In two hard-hit states, the massive hurricane is coinciding with an equally massive surge in hospitalizations, making for an extremely volatile situation.

According to LAIlluminator, which covers Louisiana state and local government, hospitals have been at capacity for weeks, as have all the other hospitals throughout the region, causing the authorities to make the frightening decision not to evacuate patients. There was nowhere for them to go. Temporary shelters had to be kept at lower numbers because of the COVID risk and nursing homes residents who would normally be transferred to hospitals due to serious medical conditions were told to shelter in place.

The Illuminator reports that while Louisiana has had a rough go with this round of COVID, it was thought to be turning the corner last week. On Friday COVID hospitalization was below 2,700. That is 300 fewer than the week before but the positivity rate is still very high and people not able to follow precautions during the emergency will cause more of the virus to circulate, likely leading to another surge. Nobody knows what will happen to the inevitable victims of injuries and accidents in the aftermath.

Louisiana's Democratic governor, John Bel Edwards, reintroduced an indoor mask mandate weeks ago and has been exhorting people to get vaccinated but many of his rural constituents have refused to comply. The state has only a 40% vaccination rate, much lower than the national average. Like many others, they managed to get most elderly patients the shot, but younger folks just haven't seen the need. The cultural and political pressure among Republicans in the state to defy the health professionals, and their Democratic governor, is enormous.

The Mississippi coast took a battering from the hurricane as well, but its COVID surge is far more life-threatening to many more people in the state. The New York Times reported that Mississippi was "uniquely unprepared" for this latest onslaught of COVID patients:

The state has fewer active physicians per capita than any other. Five rural hospitals have closed in the past decade, and 35 more are at imminent risk of closing, according to an assessment from a nonprofit health care quality agency. There are 2,000 fewer nurses in Mississippi today than there were at the beginning of the year, according to the state hospital association.

The Times characterizes this as a combination of "poverty and politics" but really, it's just politics — that's what's at the heart of the poverty and everything else.

The state is never very generous when it comes to benefits, which they tend to see as going to "the wrong people" (if you know what I mean). But by rejecting the Medicaid expansion that came with the Affordable Care Act, they willfully deprived themselves of the money that would have allowed them to alleviate many of the current deficiencies in their system. And Mississippi's Republican governor has basically given up, the Mississippi Free Press reports:

After Mississippi became the world's No. 1 hotspot for COVID-19, Gov. Tate Reeves told attendees at a Republican Party fundraiser in Memphis, Tenn., on Thursday, Aug. 26, 2021, that Mississippians "are a little less scared" of COVID-19 than other Americans because most share Christian beliefs (about 70% of all Americans identify as Christian).

"When you believe in eternal life—when you believe that living on this earth is but a blip on the screen, then you don't have to be so scared of things," Bill Dries reported the governor saying in the Daily Memphian.

I'm no Biblical scholar but I do seem to recall something about the Lord helping those who help themselves.

This summer's Delta surge has hit all the states but has been particularly virulent in the Southern states, the epicenter of anti-vax activity.

And yes, there are a number of reasons why people haven't gotten vaccinated in the last few months when they've been (mostly) easily accessible, free and very effective. Many young people erroneously believe they aren't in danger of serious illness and some people of color are just generally leery of government edicts to take vaccines because of America's woeful history of using those populations for experimentation. But the largest cohort of people who are winding up in the hospital are those who are refusing for irrational political reasons. The vast majority of deaths could have been avoided if the victims had gotten vaccinated.

And just as they did during the first surges, they are not only adamantly against vaccine mandates, they are protesting all mitigation measures such as requiring masks in schools despite the fact that children under 12 are unable to be vaccinated so there is also a surge of kids getting sick and being hospitalized. And following their leader, Donald Trump, they are still perversely willing to take dangerous, untried snake oil cures while refusing to take the vaccine which has been received by hundreds of millions of people all over the globe with only minor side effects.

Even the COVID deaths of a spate of high-profile anti-mask protesters and flamboyantly anti-vax right-wing media stars don't seem to have changed the minds of the hardest core, true believers. It seems that the only time any of them change their minds is when they are on their own deathbeds and it's too late.

There have been millions of words written about the American right-wing's hostility to science over many decades. Cynical politicians in the pockets of wealthy interests have worked hard to exploit it. But this weekend has illustrated both the long and short-term threat of this insensate attitude. The ongoing rejection of the dangers of climate change and the resulting warming of ocean waters is fueling the new devastating pattern of monster storms that we are seeing more and more often. The hostility to public health measures and life-saving vaccines during this pandemic has extended this crisis to the point that we are now endangering children and killing thousands of people who didn't have to die.

In the states along the Gulf of Mexico this weekend two existential emergencies collided and it didn't have to happen. It's terrifying to contemplate but unless we are able to figure out a way to change the hearts and minds of the rigid and stubborn minority of science deniers in this country, this is just the beginning.