“Two women out righting wrongs”: Lucy Lawless on what “Xena” fans might love in “My Life is Murder” 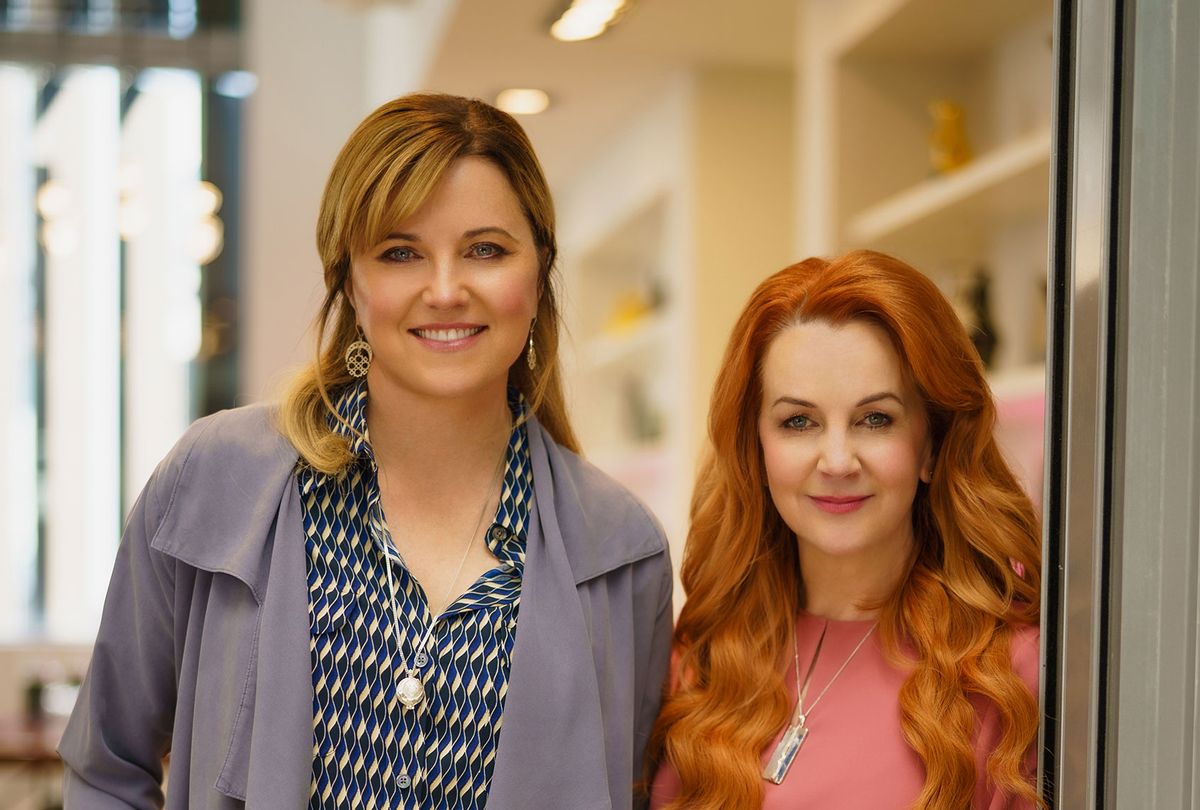 In "My Life is Murder," Lucy Lawless is Alexa Crowe, a New Zealand gal who is conspicuously not dressed in corsets and armor, nor wielding chakram and slaying bad guys. Nevertheless she is doing the detective work to find these bad guys and bring them to justice. The Acorn TV crime series returns for its second season this week after a near two-year hiatus, which saw the team pack their bags and move from Australia, where Season 1 was set, to Lawless' homeland of New Zealand, where the new season is set and filmed.

In an interview, Lawless told Salon she was "nervous" about the move at first, but wound up having fun with it. After all, she connects with Alexa better than any other character she's ever played — yes, including Xena in "Xena: Warrior Princess."

"You know, I'm not actually an ancient Roman or an ancient Greek," Lawless confessed.

Alexa is more than just a private investigator — she's a cat lady, a provocateur, a bread maker (relatable in the quarantine era), and, as Lawless puts it, a fundamentally modern woman. Season 2 of "My Life is Murder" will see the show start to pull back the layers on Lawless, as she solves murders that involve mysterious therapists, surfer-influencers, and also confront the mysteries of her past.

This time around, Lawless will be joined by new castmates, as well as the return of co-star Ebony Vagulans as Madison Feliciano, Alexa Crowe's "other half." But from new regulars like New Zealand superstars Rawiri Jobe and Joe Naufahu, to a guest appearance from fellow "Xena" alum Renee O'Connor, this season of "My Life is Murder" is all about the new.

Lawless talked to Salon about trading corsets for "elastic and stretch jeans," surprise quarantine hobbies in the New Zealand wilderness, the magic of reuniting with old co-stars, and why fans who adored "Xena" will love "My Life is Murder," too.

The first season of "My Life is Murder" aired almost two years ago just before the pandemic. What was it like filming during the pandemic, and moving the show to New Zealand?

Well we filmed the first season before the pandemic, and then when COVID hit, I said to my partner-in-crime, Claire [Tonkin], "What if we moved it to New Zealand? Bring it to my hometown?" She was like, "Let's go!" So, we had to migrate the whole kaboodle, but we had new writers, new crew, new cast, everything, apart from Ebony Vagulans, who I just couldn't do the show without, she's the other half of me on the show. I was nervous about doing that, but it worked out great.

How did the pandemic affect your life in general? Did you pick up any surprising hobbies, like, say, baking bread?

Yes, I actually did! I went to the barn and I painted the heck out of my farmhouse. My farmhouse is very humble, it's a shack, and I was quarantining myself in for two weeks, I was freezing cold, I had no hot running water, so I was showering in a bucket. But I decided to just cheer myself up by painting, and I own a lot of paints. I painted murals all over the wall, I painted the doors, the rails and windows. It was a super fun way to make myself feel a little happy.

At the TV Critics' Association panel this month, you talked about not being a fan of all of the action sequences on "Xena." As you've grown and moved forward in your acting career, do you feel your character Alexa Crowe on "My Life is Murder" reflects that growth? Have you learned anything new in playing her?

I love playing Alexa, I've learned that I love elastic, and zippers, and modern shoes. I love stretch jeans. I've always worked in corsets and things, super uncomfortable, and yeah, modern clothes rock. I love playing her because she's closest to me, her character — she's got my accent, she's my age, she's a modern woman. You know, I'm not actually an ancient Roman or an ancient Greek. There's many things that I'm not, but I am a modern woman, and so is she. I got to throw a lot more of myself into her.

What was it like briefly reuniting with your former Xena costar Renee O'Connor this season on "My Life is Murder"?

It was just so much fun, and an enormous relief because she's a sister to me. It was like, "Oh, I'm finally back." You know, the duo! If you get it right with the right casting, it is such a magical thing, and I feel I have that with Ebony, my co-star on "My Life is Murder," and then to have my original co-star, Renee — I mean, she and I grew up together in the business.

We've been through, I hate to be cliché, but baptismal fire, and forged our relationship through battle. That was hard! She and I understand one another on a level that most people don't unless you've been in the trenches together. So, having her with me was quite emotional for me, beautiful.

How does it feel to work with old co-stars when the chance arises?

So fun, just so fun. Just more fun as you've got a sure hand, you're freer. But part of my job is to make new people feel comfortable, so they can do their best work. I know that in the past, when the stars make me feel welcome and respected and supported, I was able to do my best work, so I try to pay that forward. With all co-stars, and with supremely gifted new co-stars, you just go places, you spark off one another, and somehow they nourish you, they make you better.

Each episode of "My Life is Murder" takes Alexa on a different adventure, and in Season 2, some of the unique cases Alexa works on involve a creepy therapist, influencer surfers, and more. What does the pace of the show feel like, when each episode can go to really new and unexpected places?

It's pretty fast and furious, because you are moving the whole company to different locations sometimes three times a day, which is an awful lot. When you're moving locations, you get less time to shoot, so it's crunching down, it's very technical stuff — quite boring to regular fans, I'm sure. It means you have to be right on the money, ready to go, like when that camera turns over. It's quite a dialogue-heavy show, lots of exposition, and you have to make it natural. People shouldn't know it's an exposition, it's a kind of acting that's difficult — it's an intelligent show. You have to keep up with the schedule, but we do, and it's beautiful.

Alexa Crowe is a pretty private person whose life seems to really revolve around her job. Will Season 2 give us more development of her character and background?

Yes! That's exactly right. That's why she goes back to New Zealand, is to deal with a troublesome family member. So, we learn a little bit more about her origins, her origin story, in a very fun way that just makes the show richer. You know, it's about relationships, this show. It's not really about crime-fighting. And this new story is just great, it adds another layer of complexity to the show.

"Xena: Warrior Princess" remains so beloved by fans who are avidly continuing to follow your work. Will fans of "Xena" find the same material they loved in your old show in "My Life is Murder"?

A little bit, actually! Here you have two women again, out righting wrongs and doing it their way. So, it is like a little sister to the whole "Xena" thing. We do have some really fun and appealing male co-stars, Rawiri Jobe and Joe Naufahu, who are well-known in New Zealand, and super funny human beings off-screen, so, I adore that, like my little family on set just pleases me so much to hang out with them. You gotta have people you love.

What does the future hold for "My Life is Murder" after this season in New Zealand? Where else might the show go?

I was joking that we could move for every season, so, maybe we could go to Queenstown — it would probably have to be New Zealand because COVID makes things really hard. But yeah, I love that idea, we could have 10 murders in Queenstown, New Zealand! [laughs] It's less urban, and surrounded by that beautiful scenery you'd expect, and that's not how our show's been, it's been in urban areas, so I don't really expect that.

Are you working on anything else on top of "My Life is Murder"?

I am, I am working on something, but it's not greenlit, so I hope to be able to tell you about it soon. But my mind is full, I am so excited about it, so ready to jump into position when I get the green light, a few weeks away from that.

"My Life Is Murder" Season 2 starts streaming on Monday, Aug. 30 on Acorn TV.