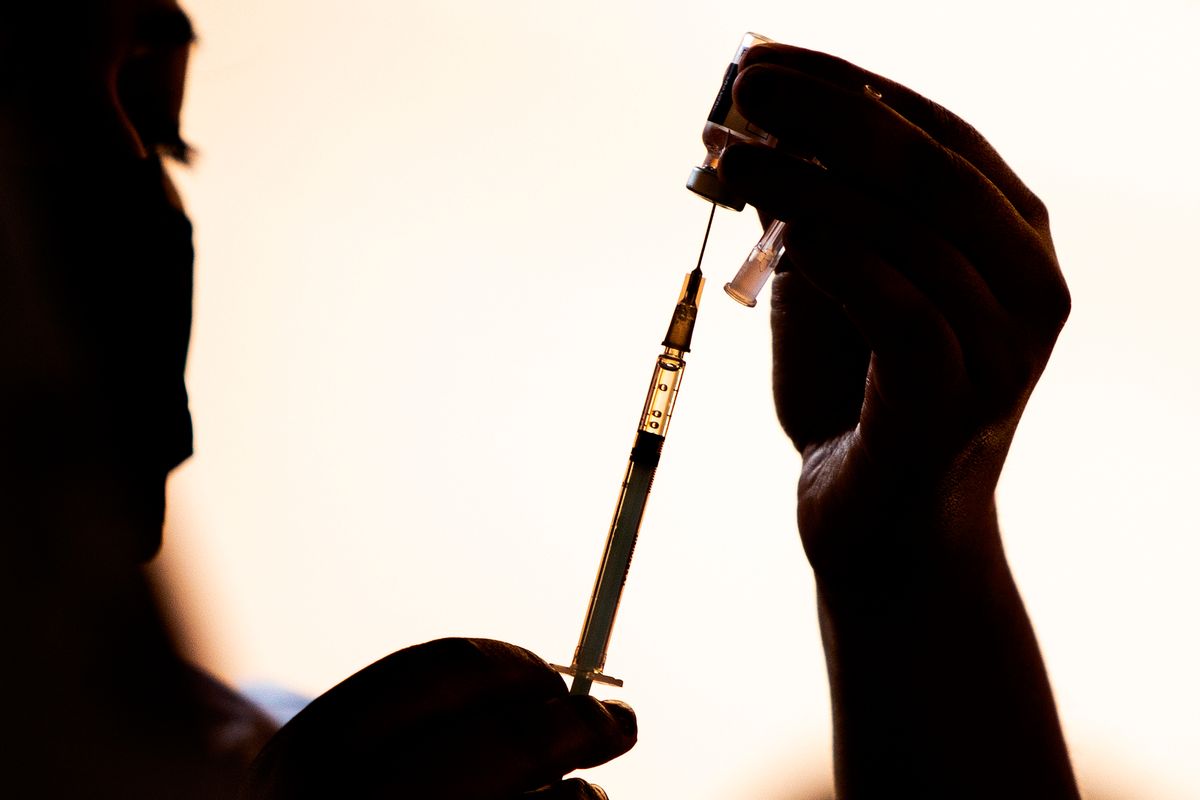 In 2015, my collaborators and I published a scientific paper about a chicken virus you have likely never heard of. At the time, it got some media attention and has been cited by other scientists in the years since.

But now, by late-August 2021, the paper has been viewed more than 350,000 times – and 70% of those views were in the past three weeks. It has even appeared on a YouTube video that's been seen by 2.8 million people, and counting.

The paper has gone viral because some people are using it to stoke paranoia that the COVID-19 vaccines will cause the virus to evolve in the direction of even more severe variants. Doctors have told me that patients are using the paper to justify their decision to not get vaccinated. Some pundits are even using it to urge an end to vaccination campaigns in order to prevent the sort of viral evolution we were studying in chickens.

Nothing in our paper remotely justifies an anti-vaccine stance. That misinterpretation – if it causes people to choose not to be vaccinated – will lead to avoidable, and tragic, loss of life. A new study estimates that as of early May 2021, vaccines had already prevented nearly 140,000 deaths in the U.S.

For over 20 years I've been working with collaborators and colleagues on how vaccines might affect the evolution of disease-causing organisms like viruses and malaria parasites.

Nothing we have discovered or even hypothesized justifies avoiding or withholding vaccines. If anything, our work adds to reasons for investigating new vaccine schedules – and for developing second- and third-generation vaccines.

But in the context of the COVID-19 virus, our work does prompt a fair question: Could vaccination cause the emergence of even more harmful variants?

From chickens to COVID-19

In the 2015 paper, we reported experiments with variants of Marek's disease virus – the name of the chicken virus we were studying. It is a herpesvirus that causes cancer in domestic chickens. A first-generation vaccine against it went into widespread use in poultry in the early 1970s. Today, all commercial chickens and many backyard flocks are vaccinated against Marek's.

Chickens with Marek's disease virus became capable of transmitting the virus about 10 days after they get infected. In our lab experiments, we worked with variants of Marek's disease virus that were so lethal they would kill all unvaccinated birds in 10 days or fewer. So prior to the vaccine, the birds died before they could transmit the lethal variants to other birds. But we found that the first-generation vaccine protected the birds from dying. In other words, the Marek's-infected chickens lived and were thus able to spread the highly virulent strains to other birds. 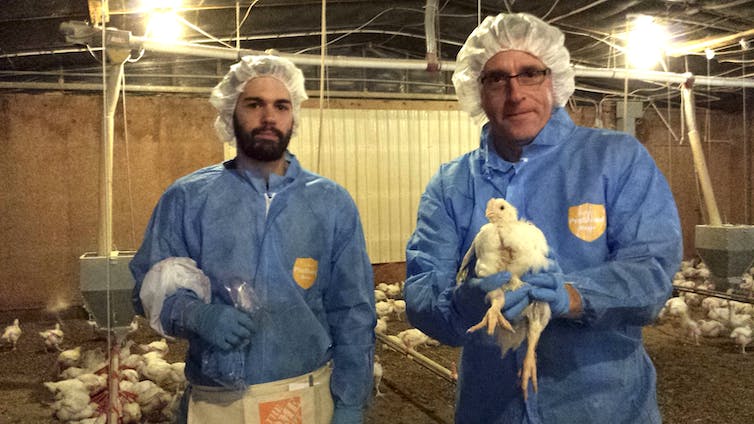 Evolution can go in many directions

As evolutionary ecologist David Kennedy and I have written about previously, the evolutionary path that the Marek's disease virus took is one of many that are possible – in rare cases where vaccines drive evolution.

Only a minority of human and animal vaccines have influenced pathogen evolution. In nearly all of those cases – which include the hepatitis B virus and bacteria that cause whooping cough and pneumonia – vaccine efficacy was reduced by new variants. But in contrast to Marek's, there was no clear evidence that the evolved variants made people sicker.

In nature, we know of course that not all viruses are equally lethal. Biological differences in things like the linkage between disease severity and transmission can cause lethality to increase or decrease. This means that the future of one virus cannot be predicted by simply extrapolating from the past evolution of another. Marek's and SARS-CoV-2 are very different viruses, with very different vaccines, very different hosts and very different mechanisms by which they sicken and kill. It is impossible to know whether their differences are more important than their similarities.

Evolutionary hypotheticals are important to consider. But up against the hugely beneficial impact of COVID-19 vaccines on reducing transmission and disease severity – even against the delta variant – the possibility of silent spread of more lethal variants among the vaccinated is still no argument against vaccination.

As novel variants of the coronavirus spread in the months and years ahead, it will be vital to work out whether their evolutionary advantage is arising because of reduced disease severity among the vaccinated. Delta, for instance, transmits more effectively from both unvaccinated and vaccinated people than did earlier variants. Extrapolating from our chicken work to argue against vaccination because of the delta variant has no scientific rationale: The delta variant would have become dominant even if everyone refused vaccination.

If more deadly variants of the coronavirus were to arise, lower vaccination rates would make it easier to identify and contain them because unvaccinated people would suffer more severe infections and higher death rates. But that kind of "solution" would come at considerable cost. In effect, the variants would be found and eliminated by letting people get sick, many of whom would die.

Sacrificing chickens was not the solution the poultry industry adopted for Marek's disease virus. Instead, more potent vaccines were developed. Those newer vaccines provided excellent disease control, and no lethal breakthrough variants of Marek's have emerged in over 20 years. 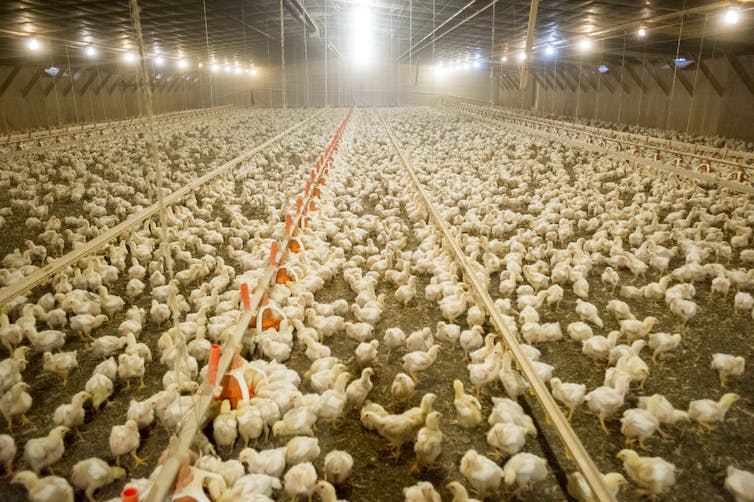 Marek's disease, a cancer-causing herpesvirus in domestic chickens, took a heavy toll on the poultry industry before vaccines were developed against it. (Edwin Remsberg/The Image Bank via Getty Images)

There are probably ways the available COVID-19 vaccines could be improved in the future to better reduce transmission. Booster shots, larger doses or different intervals between doses might help; so too, combinations of existing vaccines. Researchers are working hard on these questions. Next-generation vaccines might be even better at blocking transmission. Nasal vaccines, for instance, might effectively curtail transmission because they more specifically target the location of transmissible virus.

As of late August 2021, more than 625,000 Americans have died from a disease that is now largely vaccine-preventable. It is sobering for me to think that some of the next to die might have avoided lifesaving vaccines because people are stoking evolutionary fears extrapolated from our research in chickens.

In the history of human and animal vaccines, there have not been many cases of vaccine-driven evolution. But in every one of them, individuals and populations have always been better off when vaccinated. At every point in the 50-year history of vaccination against Marek's disease, an individual chicken exposed to the virus was healthier if it was vaccinated. Variants may have reduced the benefit of vaccination, but they never eliminated the benefit. Evolution is no reason to avoid vaccination.