To debunk the claims, Owens said she is hanging out in the mountains at a high altitude 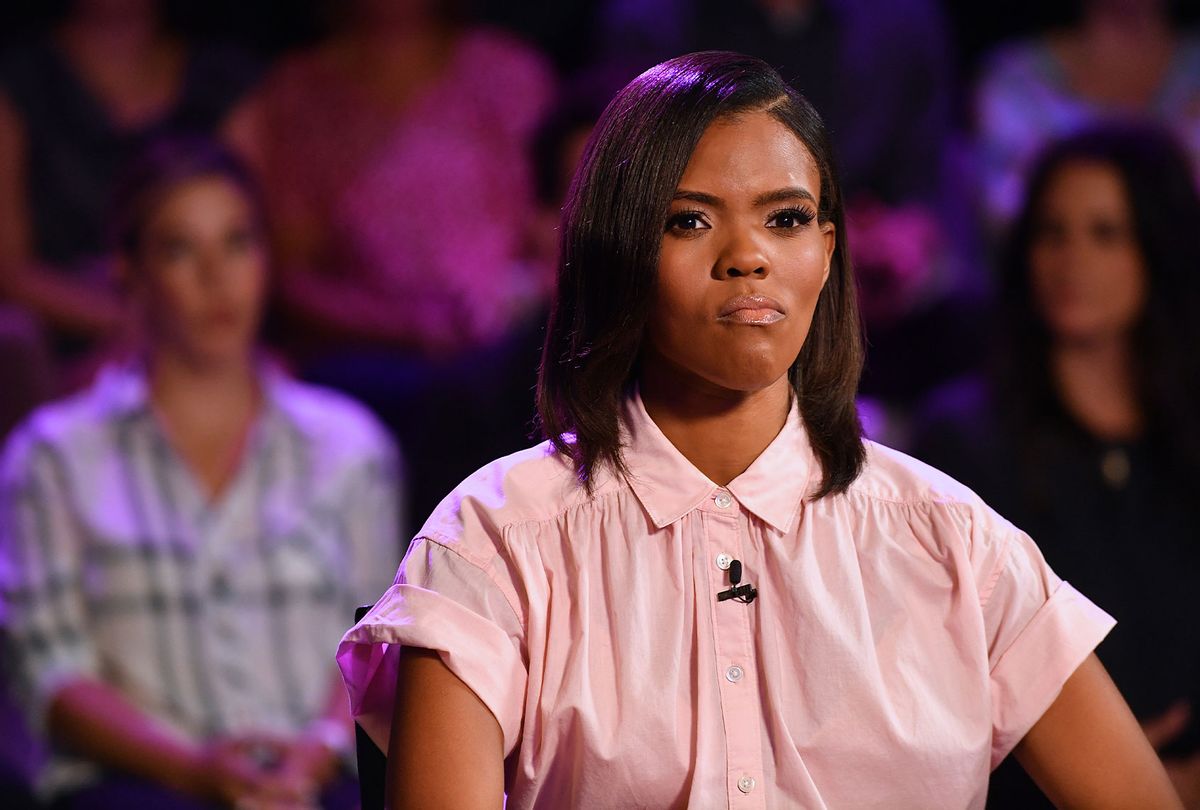 Candace Owens is seen on set of "Candace" on August 16, 2021 in Nashville, Tennessee. (Jason Davis/Getty Images)
--

Right-wing firebrand Candace Owens can't stress it enough: She totally doesn't have COVID-19, despite a speaker telling a conservative gathering over the weekend that she could not attend due to a "sudden illness."

On Friday night at the Texas Youth Summit, a conservative gathering of college students, a speaker on the main stage told the audience that Owens wasn't there and would not be making her scheduled speech.

Although the nature of this alleged illness was not mentioned, the issue caught fire on Twitter, with many users wondering whether Owens — a fervent and outspoken right-wing opponent of vaccine mandates and mask requirements — had contracted COVID-19. That speculation was further fueled by Owens' recent social media remarks boasting that family members around her had fallen ill while she herself remained healthy during the pandemic.

"I'm unvaccinated. I've been to six countries and 28 states since the start of this pandemic (maskless outside of planes), and I still don't have Covid," Owens tweeted last week. "I slept next to my husband every night that he had it (what amounted to a light chest cold), and I still never got it. How?"

Owens, who was spotted in London late last week, took to Twitter on Monday to announce that she doesn't have COVID, saying that she was hanging out on an "Aspen mountain."

"This might rank as the best conspiracy theory ever drafted about me. Unfortunately for you — I'm at the top of an Aspen mountain with my family and limited reception," she stated. "I'm still proudly unvaccinated and unmasked."

Last week Owens was hit with a $20 million defamation lawsuit over statements she made about former Republican congressional candidate Kimberly Klacik, who last year ran unsuccessfully for the Maryland seat formerly held by the late Rep. Elijah Cummings. The hefty suit alleges that Owens, in a June Instagram video, made defamatory comments about Klacik, including allegations that she had "committed campaign fraud, money laundering, illegally used drugs and was a 'madame' of a strip club."

At the Texas event where Owens was booked to speak, there was no shortage of other headlines in her absence.

Rep. Louie Gohmert, R-Texas, suggested to the throng of college students on Friday night that instead of taking the COVID vaccine they could treat the disease with ivermectin, the antiparasitic drug that has become wildly popular among conservatives. There is no scientific evidence that ivermectin, more commonly administered to horses, is effective against the coronavirus.

"The anti-parasite drug is allegedly flying off shelves of local farmer supply stores, according to various local news reports who say some feed stores are struggling to keep it in stock," Salon's Nicole Karlis reports. "That's because the drug has become a political flashpoint, enveloped by the culture wars just like nearly everything else related to the pandemic."