Texas already has some of the nation’s strictest voting rules 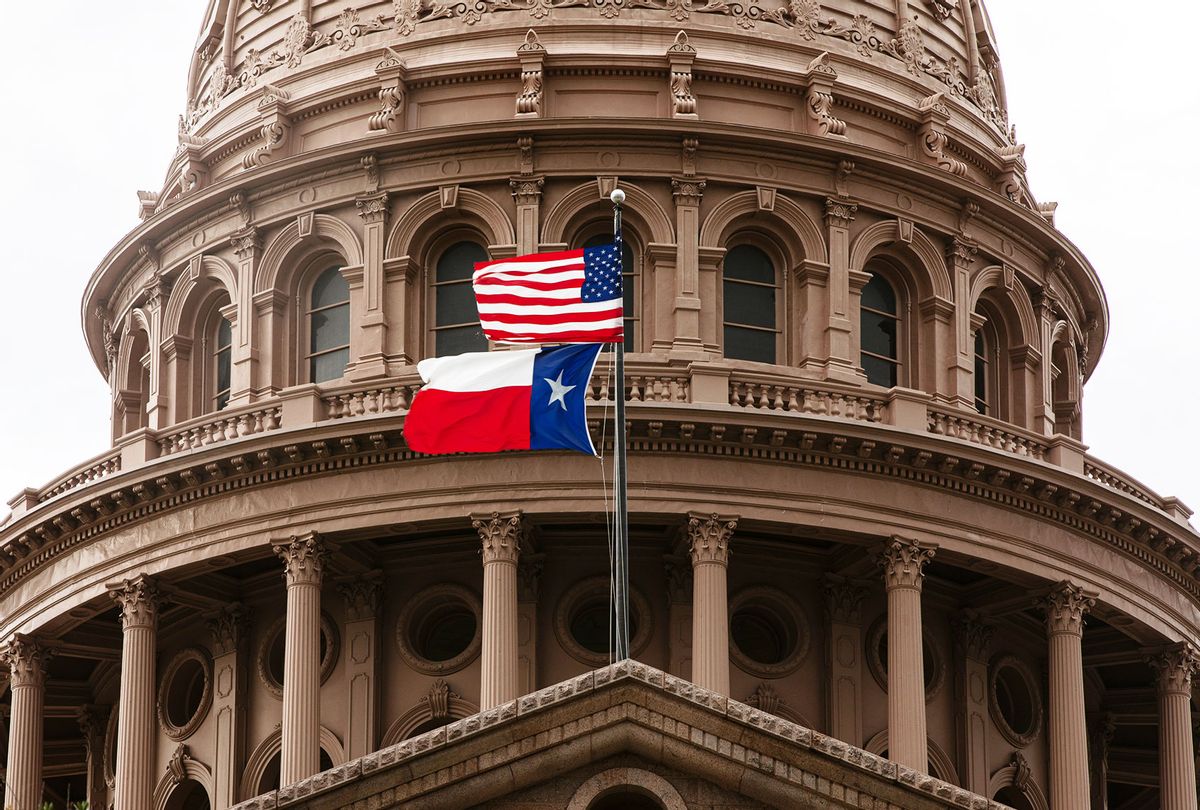 Despite months of Democratic pushback, S.B. 1 is now heading to Republican Gov. Greg Abbott's desk after being passed on an 80-41 vote in the House and a 18-13 vote in the Senate on Tuesday.

"I look forward to signing Senate Bill 1 into law, ensuring election integrity in Texas," Abbott said in a statement celebrating the bills passage.

The soon-to-be laws aims to address basless claims of lacking election security in the Lone Star State. The move will cement Texas as one of the last GOP-led states to approve a restrictive voting bill – an eventuality Texas Democrats have sought to resist for months.

"The point that I make to you today is that Texas has consistently reviewed its election law policy over time, making changes and updates as needed," said GOP Rep. Andrew Murr, who authored the legislation. "SB 1 continues this process."

Democrats argue that the bill will impose a substantial burden on people of color and people with disabilities, effectively granting them less of a voice in the future elections. The legislation, NPR noted, contains provisions that would restrict early voting hours, ban drive-thru voting, limit 24-hour voting options, add new penalties for criminal conduct at voting booths, empower partisan poll watchers, and heighten the requirements for those seeking to vote by mail.

Harris County officials have said that voters of color comprise most of the state's voters who opted for 24-hour voting, according to NPR. There are similarly wide disparities in voting-related prosecutions, with at least 72% of prosecutions targeting Black and Latino voters, per an ACLU analysis.

Back in late May, as a last-ditch gambit to derail the bill, the majority of House Democrats staged a walkout of the Texas Capitol, depriving their Republican colleagues of the required quorum to advance the bill through the legislature. The move sparked immediate Republican ire, with Abbott threatening to arrest the caucus upon their return to Texas – a move which the Texas Supreme Court affirmed as legal. Abbot further rescinded the paychecks of at least 2,100 legislative staffers working under the Democrats who fled in a bid to punish them for doing so.

Last week, a sufficient number of Democrats returned from their jaunt to Washington, D.C., allowing the measure to formally make its way through the state legislature.

On Tuesday, Texas House Speaker Dade Phelan, R, claimed that there were "absolutely no deals made" with Democrats. "I think many members saw that if we were gonna go there," Phelan told the Texas Tribune, "they were gonna be the ones maybe possibly causing this harm to the House, and that's why I think you saw a lot of members show up."

In fact, Republicans made a last-minute change making the bill even more draconianly punitive, as CNN reports:

Republicans on the conference committee chose to remove a bipartisan amendment that would have prevented voter fraud charges against people who did not know their "particular circumstances" made them ineligible to vote.

The amendment, which was adopted in the House without any debate, was created in response to the case of Crystal Mason, a Texas woman sentenced to five years in prison for voting while on supervised release from prison, even though she said she did not know she was ineligible to vote and the provisional ballot she cast never counted.

State Democrats, for their part, have accused the bill of outright discrimination.

"I am convinced that because our elections were safe, secure and successful that we are not here really to deal with what I termed the pretext of the policy goals — incidents of fraud or likelihood of fraud," said Democratic Rep. Rafael Anchía, on the floor. "I know people bristle at certain terms that are used so I'll just say [the Legislature has] been intentionally discriminatory."

A number of Democrats specifically took issue with their Republican colleagues' unwillingness to consider Democratic-backed amendments.

"Texas is not a one-size-fits-all state," said Democratic Rep. Toni Rose. "The fact that you all have already made a clear choice is just so disingenuous to me."