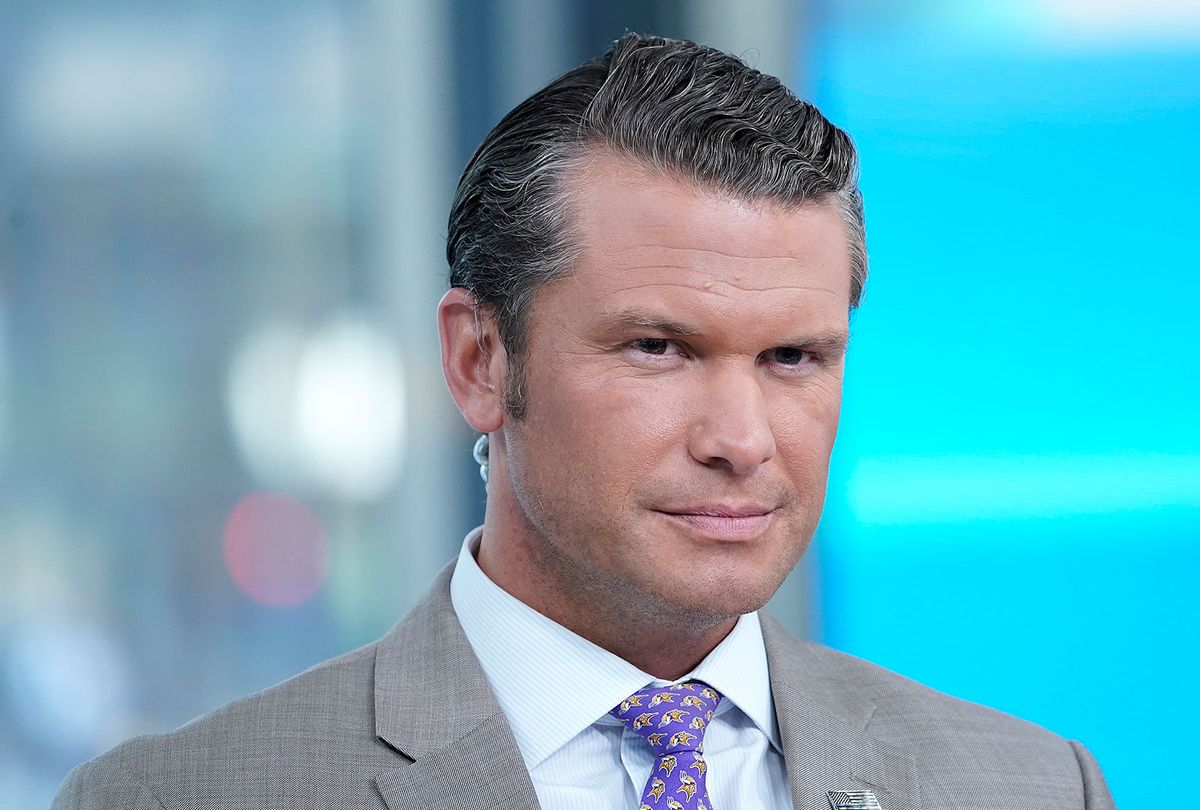 During a prickly Tuesday night interview on Fox News, a Texas Democrat asked host Pete Hegseth point-blank whether he believed that Donald Trump won the 2020 election, prompting Hegseth to dodge the question and accuse the lawmaker of ​​being a "prop or puppet" for the Democrats in Washington.

The segment was ostensibly based on recent developments in the Texas legislature, which is currently on the brink of passing a sweeping GOP-backed restrictive voting rights bill. On Tuesday, after voicing a whole host of concerns about the bill's potential to suppress minority voters, over 50 Texas Democrats staged a walkout, denying their Republican colleagues the necessary quorum to advance the bill. The state Democrats, who in fact fled to Washington, D.C., are now facing the threat of arrest upon their return to the Lone Star State by Texas Gov. Greg Abbott, a strong proponent of the bill.

During the interview, Hegseth, a staunch supporter of Trump, challenged Texas Democratic Rep. James Talarico on whether the restrictive voting bill is discriminatory in nature.

"Have you found someone in your district that can't get identification?" Hegseth asked.

Talarico responded: "You have made a lot of money personally and you have enriched a lot of corporations with advertising by getting on here and spewing lies and conspiracy theories to folks who trust you."

"I think I'm answering the questions," Hegseth fumbled. "I don't really feel the obligation to answer anything from you."

He did not proceed to answer Talarico's question.

Another scuffle came earlier in the interview, when Hegseth tarred Talarico "as a prop or puppet" for Democrats in Washington.

"I'm an eighth-generation Texan," Talarico clapped back. "I've only been in DC twice in my life … I'm a former middle-school teacher who ran for office just to try to make my community better and I swore an oath when I first got elected two years ago to uphold the constitution."

"Why are you not in Texas," Hegseth later inquired, "and why are you in Washington DC doing press conferences with federal officials?"

"What I was saying," Talarico responded, "is when President Trump lost the election he told Republicans across the country that he didn't lose the election, and this caused Republican legislators in state capitals from Georgia to Austin to start putting forward bills that would make it harder to vote.

After Hgseth aired out concerns of alleged electoral fraud, Talarico continued, exasperated: "Do you remember a second ago when I talked about the big lie? This is exactly what I'm talking about. The reason so many folks believe it is true is because folks like you get on television every night and repeat the lie over and over again."

Back in mid-November, Hegseth may have tipped his hand during a Fox News broadcast after the host read a report about the demonstrations Trump supporters planned ahead of President Biden's inauguration.

"The demonstrations are in support of the president's effort to reveal voter fraud and count all the legal votes," Hegseth said. "So far, state election officials have not reported serious irregularities with the vote that would affect the outcome of the race."

He then quickly added: "That was in the teleprompter. I read it. I don't know even know if I agree with it, but that happens sometimes."

Just a week prior, Hegseth was casting doubt over the results of the 2020 election, saying in a broadcast: "I don't have trust in institutions and I want to verify. I just want to make sure that all of this is on the up and up."

There continues to be no widely accepted evidence of election fraud in any state throughout the country.