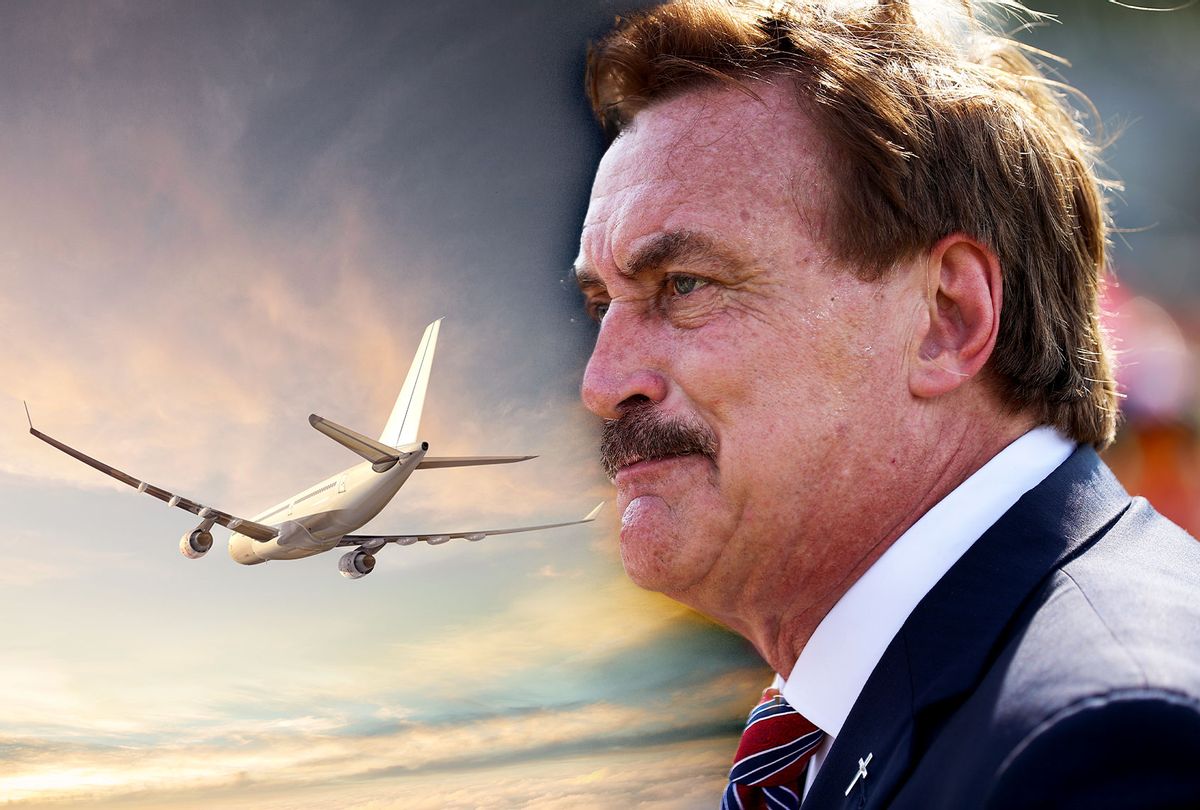 Pillow mogul turned election conspiracy theorist Mike Lindell is facing multiple difficulties in his two-pronged quest to prove that the 2020 election was stolen by China — and to fend off a colossal lawsuit by Dominion Voting Systems, which claims that Lindell and many others defamed the company and did enormous damage to its business and reputation.

With Dominion's $1.3 billion lawsuit hanging over his head, records indicate that Lindell is making major personal concessions in preparation for a significant legal battle.

According to Federal Aviation Administration (FAA) records reviewed by Salon, Lindell (through his company MyPillow) has recently sold off at least one of his private planes. FAA records indicate that an aircraft registered to MyPillow — a 1993 Dassault-Breguet Falcon 50 with tail number N497SP — was transferred to Clyde Air LLC on July 26, for an undisclosed purchase amount. (A similarly-configured 1993 Falcon 50 private jet currently on the market has a $2.5 million price tag.)

Using an apartment address associated with the new owner, Salon traced the purchase to a potential big-money buyer: capital executive Frank Selldorff. He didn't return a Salon request for comment on Tuesday afternoon.

Leading up to Lindell's August "cyber symposium" in Sioux Falls, South Dakota, which was intended to prove his extravagant claims about the 2020 election (but clearly did not do so) the plane registered to MyPillow was used in a number of Lindell's schemes, including his alleged efforts to transport and conceal Dominion and Smartmatic voting machines at various locations across the country. (No such machines materialized at his Sioux Falls event, despite many promises that they would.)

The 10-seat luxury aircraft, which has three fixed engines, was supposedly used to carry the alleged machines in a bizarre game of hide-and-seek Lindell conducted in May.

At the time, Lindell claimed he was hiding the machines in undisclosed locations, but since then has dodged questions from Salon and other publications on the matter.

Josh Merritt, a former member of Lindell's "red team" at his August South Dakota event, told Salon the plane was sold to bankroll Lindell's legal defense in the Dominion suit.

The pillow king unloaded the aircraft "because he's needing money," Merritt said. "He just started raising money for the lawsuit by Dominion."

Merritt also said that while he was working with Lindell's team earlier this summer, the Falcon 50 plane was apparently out of commission. An employee of Lindell's "told me they quit using it," he said.

Lindell has also often used a different private plane, a 2005 Bombardier Challenger 300 with tail number N487JA. According to FAA records, that aircraft is owned by TVPX Aircraft Solutions Inc., which didn't return Salon's request for comment on Tuesday. It's not clear whether Lindell charters the jet or owns it through a third-party firm. Both arrangements are relatively common in private aviation.

Asked whether he had sold an airplane to raise money, Lindell called one Salon reporter "flying pond scum" and "slime."

During his Monday night appearance on "Frank Speech," his internet program, Lindell said that one of his planes had broken down over the past week, which he saw as a "divine" message.

"I was so happy when I came out of Missouri [last week], and, actually, my plane broke, and I know that was God's way of saying, 'You aren't missing this meeting,'" he said. "It was just a divine appointment."

According to Khaya Himmelman, a reporter for the Dispatch who attended Lindell's ill-fated South Dakota event, the pillow king "has nowhere left to go, and the game is finally over."

Even Lindell's most loyal followers "could never say for certain that he had the 'evidence,'" Himmelman continued, "but now it's abundantly clear that he doesn't, and he never did. I think as we get further and further away from this election, any association with Lindell will be seen as highly embarrassing, so more and more of his already dwindling following will quietly distance themselves."

There are still unanswered questions, Himmelman added, about Lindell's rise and fall as a MAGA-world star: "We also might end up seeing who's really behind Lindell," she said.

Most of Lindell's supposed evidence of election fraud, as Himmelman noted, was likely provided by self-appointed "investigative journalist" and right-wing operative Mary Fanning, whose sole source was a discredited former government contractor named Dennis Montgomery, "who has a long history of making outlandish claims that fail to come true," as the Daily Beast wrote last November. Fanning and Montgomery are viewed with immense suspicion even among Trump supporters and Republicans, which may explain why Lindell has been completely ignored in recent months by Fox News and other conservative outlets.