Is this Colorado GOP official hiding in a pillow fort as the FBI revs up their investigation into her actions? 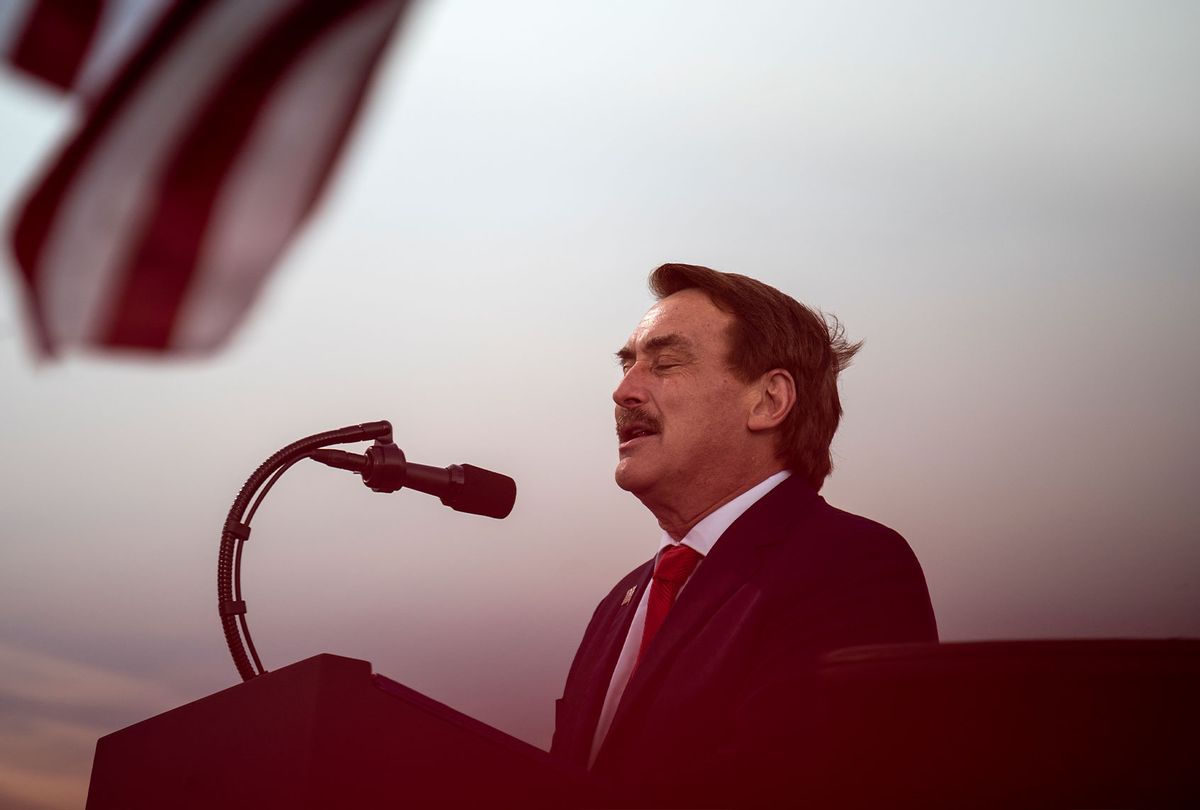 The infamous pillow salesman-turned-2020 election conspiracy theorist Mike Lindell claimed to be harboring a Colorado election official, who is on the FBI's radar for allegedly leaking confidential election information, in a "safe house."

The MyPillow CEO made the admission during a broadcast on his FrankSpeech website Thursday night, claiming that Mesa County clerk Tina Peters was being secretly held somewhere in Texas — that is, until a member of his own cyber team leaked her apparent whereabouts.

The news of Lindell hiding Mesa County clerk Tina Peters comes on the heels of his "cyber symposium" in South Dakota, where Peters gave a speech claiming that her office had been raided.

Vice News reported Thursday that Peters is "accused of helping facilitate a leak of highly sensitive election data," including passwords to confidential systems, stemming from her belief that the 2020 election had been stolen from Donald Trump. Peters didn't return Salon's numerous requests for comment on Friday.

On Tuesday, the FBI announced a probe into Peters due to the initial leak, which yielded photos of the sensitive election materials to appear in right-wing conspiracy sites like The Gateway Pundit. Lindell admitted during a Friday evening Michigan speech that Peters was the one that took the "photos," adding that "she was doing her job!"

The FBI didn't immediately return a Salon request for comment on Friday afternoon.

The Denver Post reported that Peters was at the very center of a plot to leak confidential election information to far-right websites in an attempt to discredit election systems, and that she would no longer carry out the duties of her role while an investigation is carried out:

She also said Monday that Mesa County Clerk Tina Peters, a Republican, cannot be trusted to oversee the fall election. On Tuesday, Griswold announced that Mesa County Treasurer Sheila Reiner (the former county clerk) "will supervise all conduct related to elections," and would be advised and assisted by a committee made up of state GOP Rep. Janice Rich of Mesa County, Ouray County Clerk and Recorder Michelle Nauer and former Secretary of State Bernie Buescher.

All of the investigations want to figure out how the passwords ended up online. The secretary of state's office said Monday that it believes one photo of the equipment's hard drives was taken on the evening of Sunday, May 23, and alleged Peters was present when it was taken.

On Wednesday, Lindell claimed to Vice News that Peters, a gold star mother and outspoken supporter of former President Donald Trump, is "worried about her safety. These people are ruthless." Her concerns apparently stem from a fear of Dominion Voting Systems, the election technology company that has become a nexus for a number of conspiracy theories related to the 2020 election. Dominion has successfully sued several right-wing news outlets, and Lindell is currently mired in libel litigation over his repeated public statements — a number of them probably false — about the company.

According to Lindell, a member of his cyber security team, Josh Merritt, had recently leaked Peters' location — a turn which came after a falling-out between the two men which began when Merritt publicly called Lindell's alleged election data a "turd."

"We were handed a turd," Merritt told The Washington Times. "And I had to take that turd and turn it into a diamond. And that's what I think we did."

The pillow magnate went on to claim Thursday evening that as a result of the leak, Peters' hotel door — in an undisclosed location — had been broken into. Lindell even shared a picture of a random hotel room door lock that appeared busted. 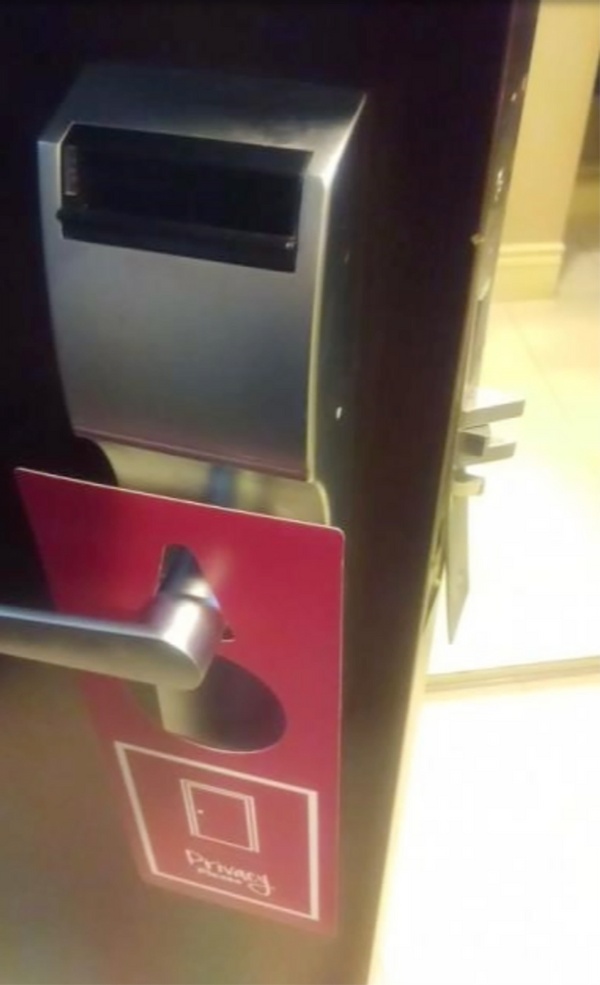 "Her hotel! They broke into her hotel, an hour before she was going on," Lindell stated Friday night, referring to the alleged Thursday night hotel break-in. "These people are ruthless!"

Lindell didn't respond to a request for comment after previously claiming on Steve Bannon's "WarRoom: Pandemic" podcast that Salon had orchestrated a mass "Antifa" infiltration of his event. He had promised a detailed report with evidence to support the false claim that this reporter was aiding in an "Antifa" uprising, but such documents have yet to be made public.

"Right now, you have the best evidence in history, right now with the before and after of what this criminal organization Dominion did in conjunction with the Secretary of State in Colorado. They came in; they deleted logs from Dominion machines. Deleted logs!" Lindell said on Friday morning. "We have before and after."

Despite that claim, Lindell has yet to provide evidence backing any of his election claims. In fact, one high-profile cyber expert is seeking to collect the $5 million offered by the pillow CEO for proving his "packet captures" weren't from the 2020 election. He also couldn't deliver on his long-standing promise of bringing Dominion Voting machines to his event, either.

The former crack addict is facing a hefty slate of legal trouble over his increasingly bombastic claims — including a $1.3 billion lawsuit filed against Lindell by Dominion Voting Systems. More recently, an expert told Salon that if Lindell's "data" were legitimate, he could be brought up on federal wiretapping charges over the manner he obtained the alleged records.