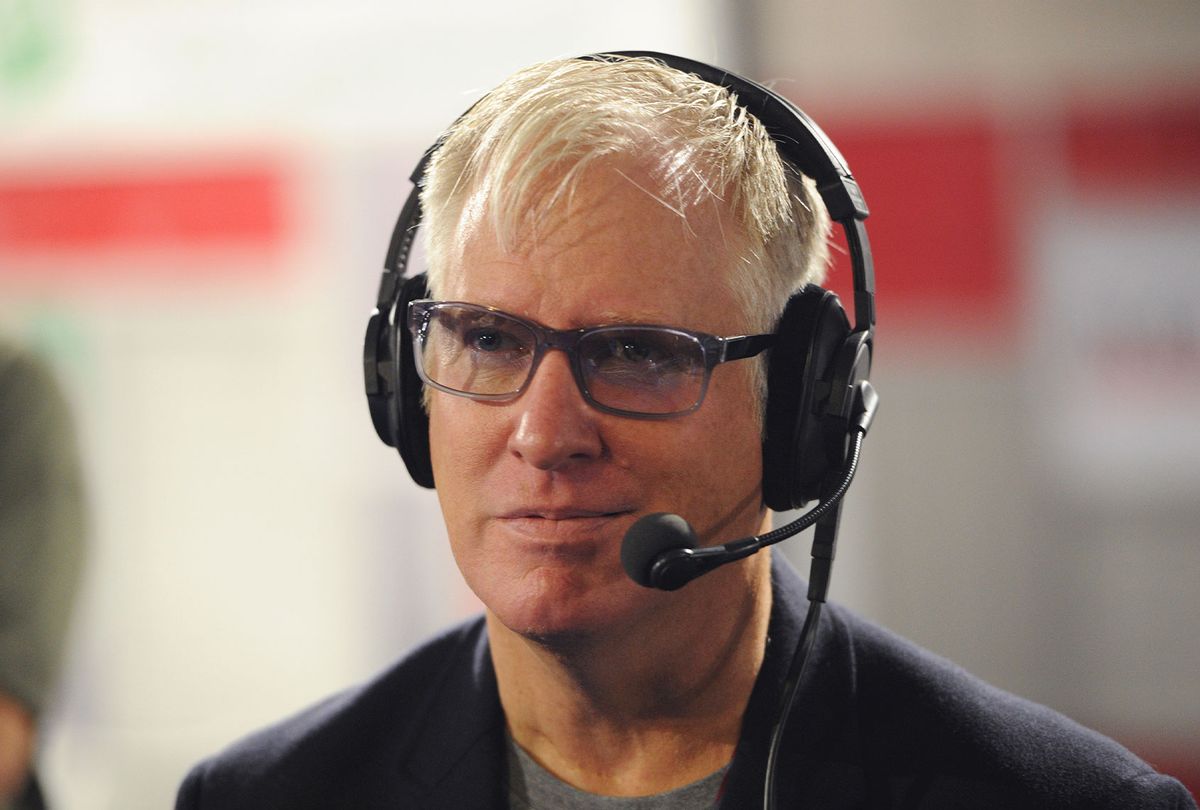 Jim Hoft, author at The Gateway Pundit, talks with Stephen K. Bannon while appearing on an episode of Brietbart News Daily on SiriusXM Patriot at Quicken Loans Arena on July 21, 2016 in Cleveland, Ohio. (Ben Jackson/Getty Images for SiriusXM)
--

The pro-Trump, far-right website The Gateway Pundit eagerly claimed in a Friday morning blog post that they had been the victims of a "honeypot" scheme that somehow was tied to billionaire philanthropist Bill Gates and involved a "pretty French" woman — though their claims appear to be unfounded, Salon has learned.

Instead, the post appears to refer to an incident where the publication was asked tough questions by an international reporter about their "new site" pushing disinformation to the masses.

"The globalist left this week tried a new tactic and sent a pretty French honeypot to America in an attempt to smear and take down The Gateway Pundit," the website's owner, Jim Hoft, declared.

The Gateway Pundit is having a super normal one! pic.twitter.com/1VZdD14CIB

He went on to take issue with the international reporter reaching out to interview Hoft about his far-right, U.S. politics-centered website, which has a history of spreading conspiracy theories and right-wing hoaxes.

When we responded to this seemingly innocuous request we then heard back from French reporter "Elsa Favre." She wanted to speak to The Gateway Pundit on how to build a prominent and successful online presence.

After hours of background footage, "Elsa" then revealed her true intention. "Elsa" came to St. Louis to confront The Gateway Pundit about two "fake news" articles we published nearly four years ago in 2017.  After all of the expense made by the globalist group to send her here all "Elsa" had to discuss were two articles we published nearly four years ago in 2017 that we have addressed several times.   Both articles were up for several minutes on TGP four years ago before they were taken down and replaced. "Elsa" could obviously not find any better examples of mistakes we have made at The Gateway Pundit since that time.  She tried to smear us saying we supported the Birther conspiracy that Obama was born in Kenya but all we posted was a tweet by Barack's brother Malik with a birth certificate from Kenya.

We later discovered that our honeypot "Elsa Favre" lied to us and is really "Aude Favre," a popular globalist sympathizer. Aude, like most woke leftists, believes she speaks for the masses as she carries water for the globalist left.  And she was not an independent reporter as she claimed and was really working an operation for an organization, Babel-doc.com that is linked to prominent globalist orgs like The Bill and Melinda Gates Foundation and the UN Refugee Agency.

Hoft didn't return a request for comment on the honeypot tale.

But from what Salon was able to find, the French journalist and YouTuber who covers misinformation goes by both "Elsa" and "Aude," interchangeably, and within her email address has what appears to be her fill name, "Aude Elsa Favre." The international reporter didn't return Salon's request for comment on Friday.

"Aude Favre was the first French journalist to start a YouTube channel. She decided to start her channel to fight against disinformation in 2017, shortly after Donald Trump was elected president of the United States," reads a bio from Favre's "Open Canada" writer profile.

The right-wing website concluded by claiming that it has filed complaints against Favre for the alleged scheme.

"This was not a good look for a pretty French girl...maybe next time the globalists will think twice about sending a pretty French honeybot (sic) to take down The Gateway Pundit," the blog concluded.