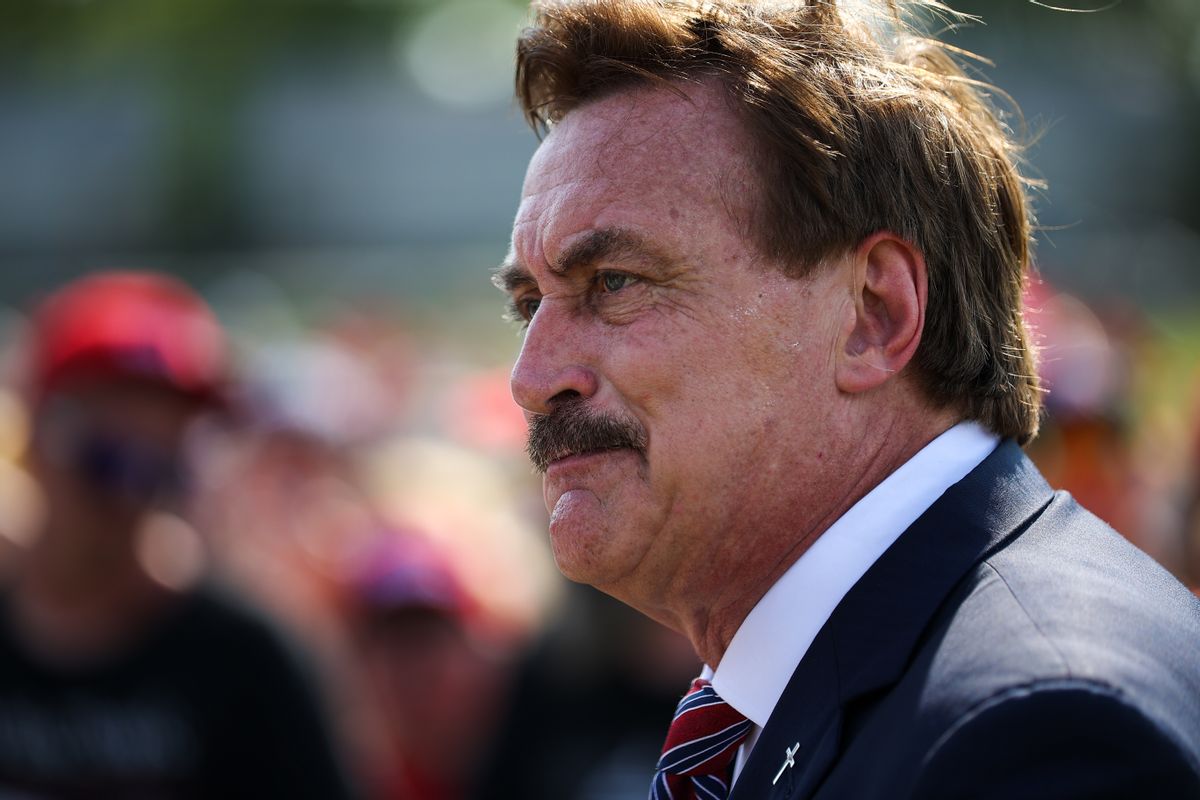 MyPillow CEO Mike Lindell is scrambling to defend his claims of election fraud after a cybersecurity expert demanded his cut of the $5 million reward Lindell had promised to anyone who could disprove the accuracy of his alleged election data.

Bill Alderson is a longtime cybersecurity professional specializing in packet captures — the exact type of data Lindell claimed to be in possession of — and attended the pillow maven's "cyber symposium out of a legitimate desire to "discover the truth." A longtime Republican, Alderson said he supported Donald Trump in 2020 and told Lindell when he was invited to the event, "I'd love to prove you right."

Lindell has long claimed to be in possession of a large set of network data from the 2020 election, saved as packet captures, or .pcap files. He's even claimed that it contained every vote cast last November.

Not so, says Alderson. It took roughly 45 minutes for him to see that the data given to him and the dozens of other experts in attendance was bunk — not only did it fail to prove anything about the accuracy of the 2020 election, but the files weren't even in the right format.

"P-CAPs adhere to an international standard," Alderson said, and include information like the date a file was created and an IP address. But Lindell's data, shared as text files, had none of that. In fact, it was saved in hexadecimal format — despite the fact that packet captures use binary code.

"This is not something that can be misunderstood," Alderson said. "So I just said, 'I'm done, I'm leaving, you don't have any packets here."

At the conference, Lindell had all of the invited cybersecurity experts sign a legal document explaining the rules and stipulations under which he would give out the $5 million reward — all of which Alderson says he met.

He even sent a 10-page letter to Lindell's attorney Wednesday outlining each part of the agreement and how he was able to meet the requirements.

This prompted Lindell to lash out during an interview with Steve Bannon on the right-wing network "Real America's Voice," calling Alderson a "hostile" actor and claiming that he had looked at the "wrong" information.

"It had nothing to do with my data," Lindell said.

"The whole rumor going around the symposium was that this data is not from the 2020 election," Lindell said. "Well, the whole challenge was to validate data from the 2020 November election."

Alderson, for his part, called these claims a "boldface, unmitigated lie," and said he's hoping Lindell pays the sum and admits he was wrong.

Another cybersecurity expert at Lindell's symposium said in an interview with a local TV station that they did not anticipate this would happen, and that the pillow magnate had taken his $5 million offer "off the table."

Lindell did not respond to a Salon request for comment.

"I'm not sure what's wrong with Mike," Alderson said. "He's like those desperate Afghanis clinging to the side of a C17 as it tries to take off from the Kabul airport."

"Let's just hope he's able to jump before he falls to his death."