Rep. Markwayne Mullin's office released a statement saying he is "safe" — but nobody seems to know where he is 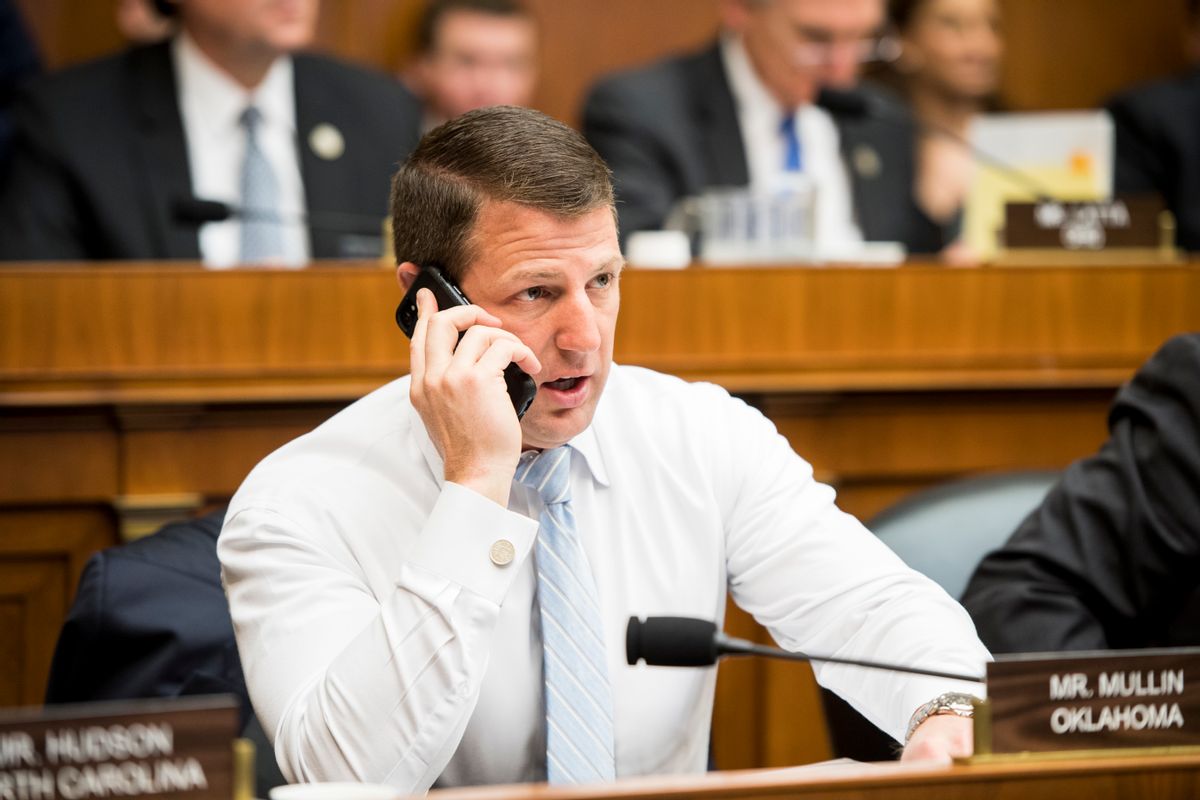 A U.S. Congressman is still unaccounted for after he attempted to mount an unauthorized evacuation mission into Taliban-controlled Afghanistan — though his office released a statement assuring reporters that he is currently "safe," according to a report.

Rep. Markwayne Mullin, R-Okla., reportedly "bullied" and "threatened" officials at the U.S. Embassy in Tajikistan for their refusal to help him transport large amounts of cash into the country in order to fund the rogue mission, according to The Washington Post. It was his second attempt to enter the country over the last few weeks.

He apparently was planning to rescue five American citizens — one woman and four children — by hiring a helicopter in Tajikistan. But limits on how much cash he could transport into the country prevented him from getting the mission off the ground.

"To say this is extremely dangerous is a massive understatement," one State Department official told The Post.

It's unclear where he currently is, or whether he is still attempting to enter Afghanistan.

His office did release a statement after publication of The Post's story, saying Mullin "has been and is currently completely safe" and that he "will continue to do anything in our power to bring home all Americans from the war zone that President Biden abandoned."

On Wednesday morning Mullin also posted a cryptic message to Instagram assuring his constituents that he was "heading home," and explaining his radio silence by saying "it wasn't safe to be communicating."

"Have we been helping get Americans out of Afghanistan, yes," he wrote. "Is the mission continuing, yes. Am I missing, no. Did I go dark for a little, yes because it wasn't safe to be communicating. Am I extremely disappointed in how we (United States) left Americans behind . . . that would be an understatement."

Mullin's failed attempt to enter Afghanistan follows multiple attempts from both Congressional leadership and the Biden Administration to dissuade members of Congress from mounting trips into the country.

Just last week, two Representatives: Seth Moulton, a Massachusetts Democrat, and Peter Meijer, a Michigan Republican, made another unauthorized trip to Kabul which lasted less than 24 hours. The decision to travel to Afghanistan just as America was evacuating thousands of civilians and allies reportedly "infuriated" Pentagon and State Department officials.

"It CANNOT be overstated how angry" Pentagon and State Department officials are at the two congressmen, tweeted John Hudson, one of The Washington Post reporters who broke the story.

"It's one of the most irresponsible things I've heard a lawmaker do," an unnamed diplomat told the Post. "It absolutely deserves admonishment."