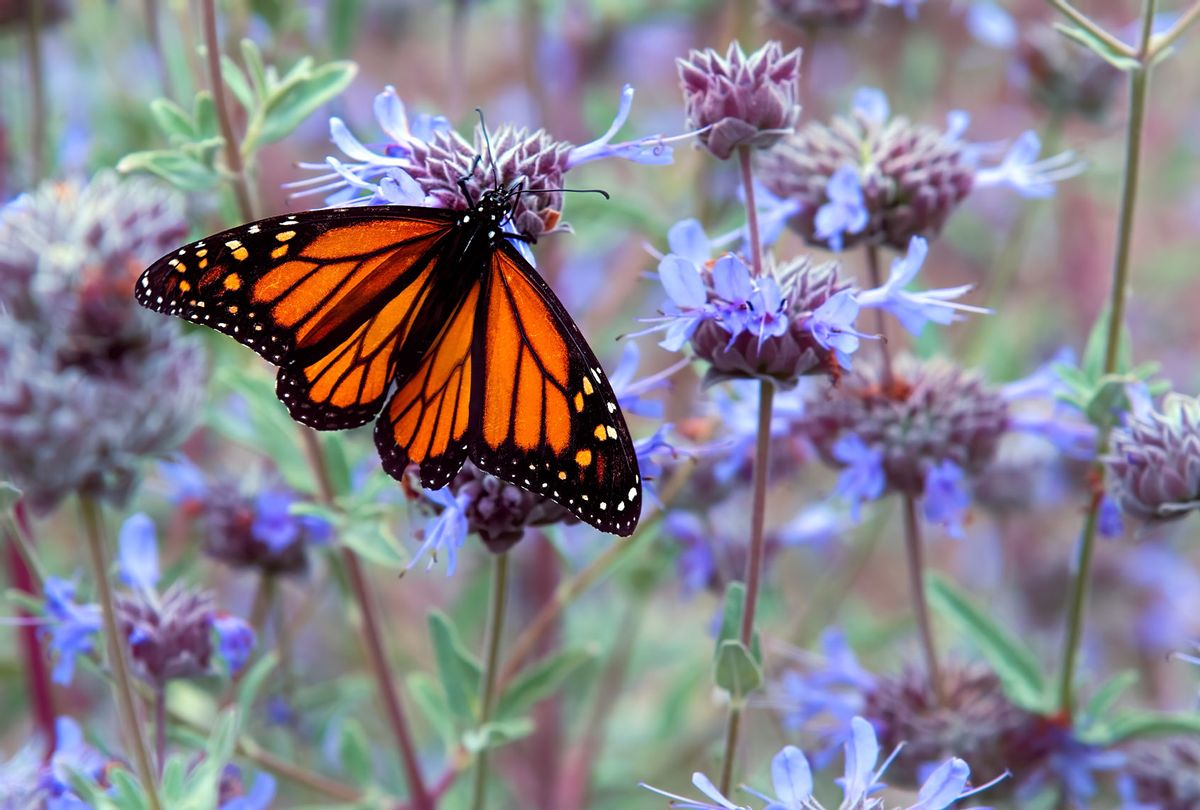 Monarch butterflies are one of the most charismatic insects in the world. They're the most eye-catching wings in the sky, with dramatic orange-and-black coloration and a heroic migration hundreds of thousands of miles across North America.

Insect populations are declining worldwide, and monarchsare no exception. Efforts to reverse the trends are underway across the United States and Canada. These include creating pollinator gardens for nectar sources, planting milkweed — a critical host for monarch caterpillars to acquire food and defense sources — and preserving habitats that provide shelter and nectar to foraging butterflies. Backyard gardeners, once averse to milkweed due to its weedy ability to take over gardens, are planting more milkweed than ever before.

Even with these efforts, many national insect conservation groups advocated in 2014 for the United States to list the monarch butterfly as "threatened" under the 1973 Endangered Species Act (ESA). While the monarch wasn't added to the ESA at the time, as of 2020 the U.S. Fish and Wildlife Service announced that adding them to the ESA was warranted. But a recent op-ed from scientists at the US Geological Survey and the University of Hawai'i says that listing the monarch as endangered would be a mistake. The authors urge the US Fish and Wildlife Service to let states take their own approaches to the conservation of monarch butterflies before moving to the much more strict ESA measures.

Listing the monarch as an endangered species, the authors argue, would trigger regulatory protections that could actually harm monarch populations and current conservation efforts. Currently, there are numerous groups working to save monarch butterfly populations across North America. These include strategies by state fish and wildlife agencies to provide funding for monitoring programs, habitat conservation, and education of private landowners. A total of 27 states have included the monarch butterfly as a "Species of Greatest Conservation Need" in State Wildlife Action Plans, which allow states to use federal grant funding for personalized conservation planning. Without knowing the needs of butterflies at the state and regional level, the ESA could actually harm current efforts.

The ESA requires the designation of "critical habitat" for species listed under the federal bill, but this isn't easy for every species. Monarchs rely on milkweed and flowers on a large geographical footprint for food and the undersides of milkweed leaves to lay their offspring. It's not enough to save the monarchs by simply planting in a single area. Butterflies travel long distances across roadsides, farms, and backyards over hundreds of miles. But designating such a non-specific habitat as "critical" under the ESA could actually miss those small gardens or roadside runoff ditches of flowers that monarchs depend on for sustenance. By requiring monarch habitat in certain areas, the authors argue that larval host plants may be removed and landowners could be less interested in voluntarily planting pollinator-friendly plants on private land. Cultivating areas exclusively for milkweed may even harm other pollinators, reducing native plant availability and disrupting ecological communities.

North American monarchs can be divided into multiple groups of migratory populations, and researchers have even proposed monarchs be split into 'subspecies' across North and South America. Each population may have different needs for successful conservation, meaning that a broad approach like that written into the ESA would not help.

It's not clear if captive rearing will help either. In a recent paper published by The Proceedings of the Royal Society B., researchers found commercially derived monarchs reared outdoors failed to successfully orient south — unlike their wild counterparts. Commercially raised monarchs also changed their direction of flight more often during flight simulator experiments, and only a subset of the testing groups correctly found the southern direction over multiple tests. (On the other hand, a more recent paper from May found captive-reared monarch butterflies oriented south 26 percent of the time in flight simulators, but 97 percent of the time in the outdoors.)

In another study, researchers found that monarchs reared in captivity had tested strength 56% less than wild butterflies. Forewing length, a trait associated with successful migration, of these indoor-raised butterflies was smaller and less elongated, and their orange coloration was paler. Darker red and orange hues in monarch wings have been linked to the ability to fly longer distances, suggestingpigment deposited on wings may be linked to thorax size, energy storage, and metabolism.

Finally, a study from PNAS in 2019 found that captive-reared butterflies are unable to successfully migrate. Butterflies reared from eggs acquired from commercial production and wild populations were raised outdoors in enclosures over multiple generations to determine how breeding impacts hereditary traits. While wild-caught butterflies emerging in October flew south, commercial butterflies had no directionality. The commercial monarchs had smaller, rounder forewings. Indoor monarch females also had lower egg counts compared to wild females. While the environmental cues to induce migration are not well understood by the entomological community, monarchs raised indoors or reared for multiple generations in enclosures may not pick up these necessary cues, losing the ability to migrate at all.

As a kid, I used to raise monarch butterflies with my parents in our backyard. We'd collect eggs from a field near our house, and pick milkweed leaves to feed the growing caterpillars over the following weeks. Once the caterpillars had formed a chrysalis and successfully emerged, we'd bring them outdoors and release them. If you do raise a monarch this summer, make sure to tag and monitor its flight using the Monarch Watch tagging program, or a local community science project.

Later in the summer, especially during the late fall season when the offspring are responsible for making the trip south to Mexico, it may not be advised to raise butterflies in your home. Instead, plant some milkweed seeds in your yard for next season, and encourage local businesses and neighbors to plant pollinator gardens of their own. Add your data to the Integrated Monarch Monitoring Program. That way you're giving every monarch a great place to rest, drink some nectar, and continue on their way.