"I do not believe Brett Kavanaugh will overturn Roe v. Wade," Collins assured us. She was wrong 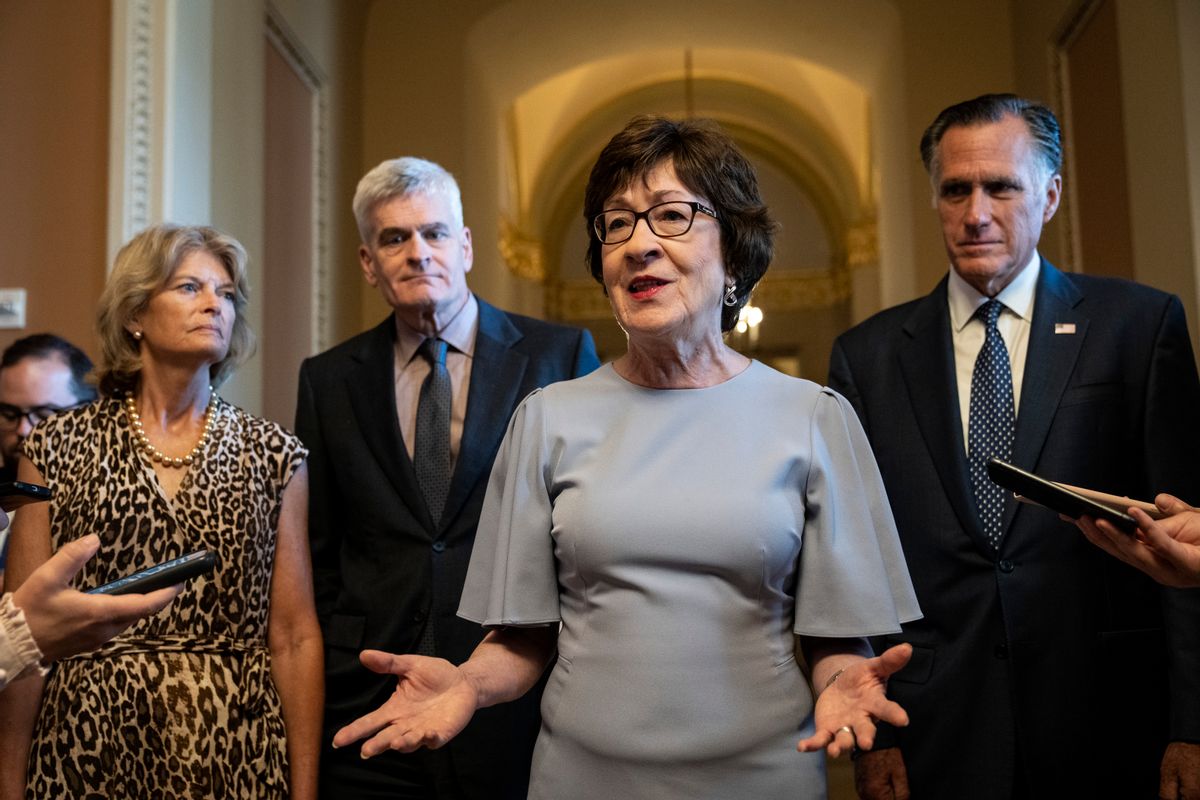 Sen. Susan Collins isn't eating crow — at least not yet — over her support for right-wing political operative-turned federal judge Brett Kavanaugh's appointment to the Supreme Court after this week's surprise 5-4 decision effectively allowing a total abortion ban to stand in Texas.

When Collins was weighing her 2018 decision to support then-President Donald Trump's second nominee for Supreme Court, the moderate Maine Republican went on the cable news circuit to assure worried viewers that he seemed largely harmless. To make her point, Collins repeatedly said Kavanaugh would not overturn the precedent of Roe v. Wade, which established abortion as a constitutional right — using the example as a stand-in to make a larger point: she did not expect the court to undertake hardline right-wing actions, despite Kavanaugh's record and a resurgent right-wing Christian movement empowered by Trump.

Yet on Wednesday, the Supreme Court all but nullified the 1973 ruling in the country's second-largest state, setting up a path for other states to do the same. The court, led by all three of Trump's nominees, failed to block a Texas law that effectively bans the procedure before most women know they are pregnant. Perhaps most notable is the law's enforcement mechanism, which deputizes anyone — quite literally anyone — to file a lawsuit against anyone (again, in the literal sense) who assists another person in obtaining an abortion.

Those affected by the law may still file a legal challenge, though that process will likely take months. In the meantime, officials in several other states, including Florida and South Dakota, have already announced plans to enact similar laws.

In light of the Supreme Court decision, critics have dredged up Collins' past comments — and the numerous warnings she was offered before acting as the key deciding vote to approve Kavanaugh  — giving progressives a bittersweet "I told you so" moment.

Podcast host Brian Tyler Cohen even put together a supercut of all the times Collins, on national television, said Kavanaugh would not overturn Roe v. Wade:

"Susan Collins was wrong about Kavanaugh and Gorsuch. She sold women out, and Maine voters should never forget that," George Takei, the actor and progressive activist, tweeted.

Left-wing media outlet Occupy Democrats weighed in as well: "Retweet if you haven't forgotten that Senator Susan Collins insisted that Brett Kavanaugh would defend Roe v. Wade before she voted to confirm him to the Supreme Court — and even called those of us who criticized her for putting abortion rights at risk "gullible" and "naive."

Collins weighed in on the decision Thursday, calling the Supreme Court decision "extreme and harmful."

She joined a host of high-profile Democrats, including House Speaker Nancy Pelosi and President Joe Biden, in their criticism of the measure.

Biden said in a statement it was "an unprecedented assault on a woman's constitutional rights under Roe v. Wade, which has been the law of the land for almost fifty years."

Pelosi also called on Congress to pass a law codifying Roe v. Wade — which would likely prove to be an uphill battle for the evenly-divided Senate, even given support from Collins and Sen. Lisa Murkowski, R-Alaska.

Any abortion bill would have to garner a 60-vote filibuster-proof majority to pass.