Are women people? Why the Supreme Court just signed off on a Texas law that denies women's humanity

Built into the Texas law: A refusal to acknowledge that women are thinking people capable of autonomous decisions 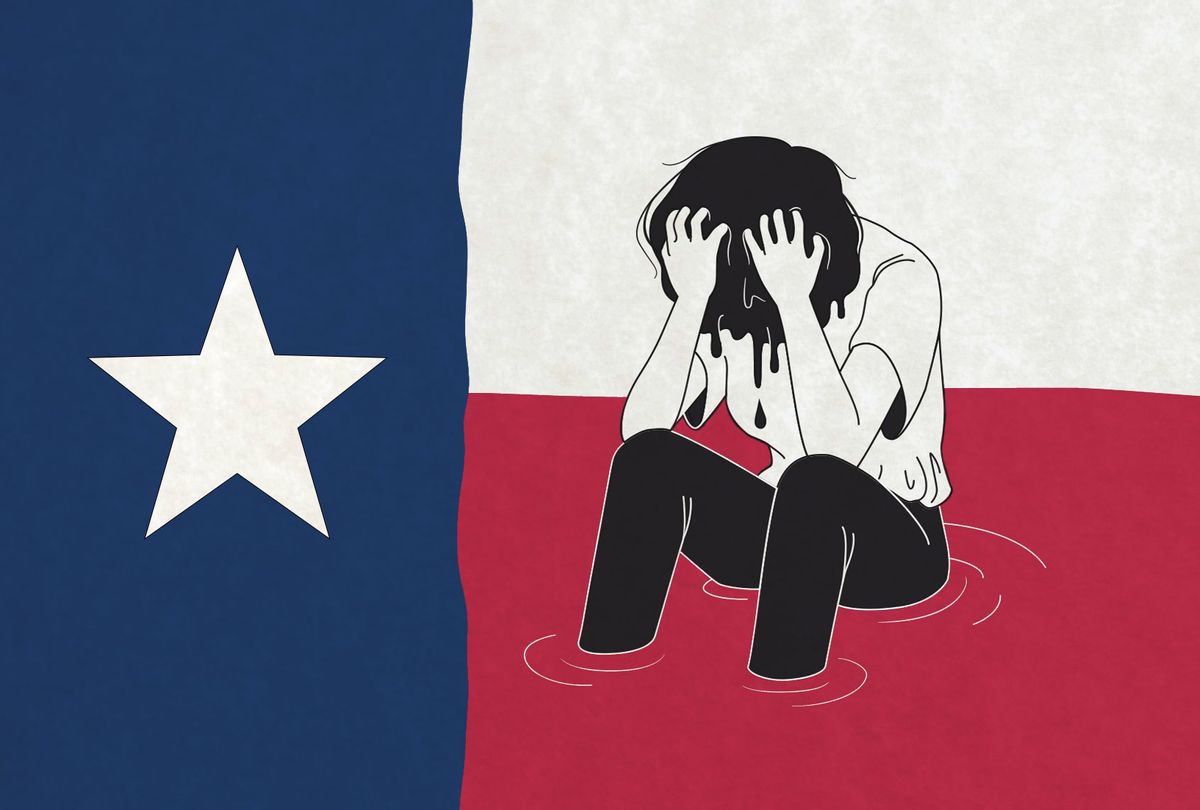 In 1915, the suffragist Alice Duer Miller wrote a delightful book of satirical poetry titled "Are Women People? A Book of Rhymes for Suffrage Times." Here we are, 106 years later, and Texas and the Supreme Court have weighed in with their opinion, which is very much no, women are not people. They are human-shaped, but they cannot be regarded as full people, capable of making very basic decisions about their own bodies and lives. After a full day of the Supreme Court not yet deciding whether to enjoin a Texas law banning all abortions two weeks after the first missed period, the court finally made a decision late Wednesday night. In full violation of Roe v. Wade, the Supreme Court is allowing Texas to ban abortion.

This is not, as the mansplainers will let you know, an official overturn of Roe. That is still coming, in the form of Dobbs v. Jackson Women's Health Organization, a case looking at another abortion ban in Mississippi that has been explicitly held out as an opportunity for the court to simply overturn the 1973 case that legalized abortion. Still, as Jessica Mason Pieklo, a legal expert at Rewire News Group writes, "Let's just get this out of the way: We can stop debating about whether the Court overturned Roe v. Wade. They did. So what if it's on a technicality? It's not a technicality to the people forced to carry pregnancies to term against their will."

The human cost of this last minute abortion ban can be felt in this piece at The 19th that details the scene at a clinic in Fort Worth at 8PM on Tuesday, when providers realized they only had four hours to help "two dozen people [who] were still waiting for the procedure," before the ban went into effect at midnight. It was a nightmare race against the clock, as the "staff worked without stopping to eat, shifting patients in and out of rooms." One woman "dropped to her knees on the cold tile floor," begging to get a place in line before the ban came down. All while a crowd of Christian fundamentalists, drunk on misogyny and their own victory, screamed at top volume outside.

As a writer, I've been covering the religious right over 15 years now. As a person who grew up in Texas, I've known these kinds of broken souls who support this law my whole life. They are small people, who spend their time trying to dominate the lives of others, rather than face up to the fears that prevent them from embracing full lives of their own. Donald Trump spoke to them, despite his barely concealed contempt for their religion, because they saw themselves in him: A man so poisoned by hate that his only real pleasure in life is bullying others. So, I get it, intellectually. On a deeper, emotional level, though, understanding will always elude me. How can so many give up their one precious life to cruelty, rather than just take the easier and humane path of "live and let live?"

At this point, these sadists will try to defend themselves by claiming this is all about "life." It's a lie that worked for decades to give cover to their malice. It's collapsed in the age of a deadly pandemic that conservatives are doing everything in their power to spread, a pandemic that is especially dangerous for the fetal life they only care for when it can be weaponized against women's rights.

No, the Texas law — and the Supreme Court endorsement of it — is about one thing and one thing only: Denying the humanity of women, and, of course, denying the humanity of those who don't neatly fit in that category of "woman," but can get pregnant anyway. This is about reducing these people to mere vessels, and rejecting the idea that they are autonomous human beings who have sovereignty over their bodies and their lives. On the contrary, having a uterus renders you as little more than human livestock in the eyes of conservatives.

We see this attitude in the enforcement mechanism of the law.

The law allows any person – even a complete stranger to the person getting an abortion — to sue an abortion provider or any other person who helps with the abortion. The right to control a pregnant person's body, in this Texas law, belongs quite literally to anyone but the woman herself: Her father, her husband, her ex, her neighbor, some random misogynist who just wants to ruin a life because he spends too much time on incel forums. Just so long as it's not the person actually living in that body.

This rejection of women as autonomous beings is also baked into the parameters of who can be sued. The abortion bounty hunters are permitted to go after health care providers or any other person who helps a woman get an abortion, but they cannot sue the person who wants an abortion. She is viewed simply as an empty vessel, not as a thinking, feeling person who is making a decision. And so the responsibility for the abortion decision is assumed to belong to another person, because conservatives simply cannot admit that women are capable of making such decisions.

This rejection of female autonomy is generally presented as chivalrous in anti-choice rhetoric, as if they are trying to "protect" women from abortion. The Texas Right to Life site defends the law as supposedly saving women "whose lives are irrevocably altered by the death of their children." They even use condescending memes like this, which erase the fact that it's women themselves choosing abortion.

Many abortion businesses are planning to shut down indefinitely as the law goes into effect, as many abortionists are unwilling to continue ending the lives of the preborn when they could face civil lawsuits. #ProLife #HeartbeatAct

Needless to say, there's piles of research showing that women's main feelings after abortion are relief, not grief. But even without that research, it's clear how offensive it is to pretend that women don't actively choose abortion. It's treating women like dumb animals, refusing to believe they have any more capacity to make reproductive decisions than a feral cat. It's ugly, dehumanizing rhetoric, no matter how much anti-choicers try to pass it off as "compassion."

That some of the people who are behind these kinds of laws are women themselves doesn't change this fact. Justice Amy Coney Barrett voted to uphold the Texas law, but she is also quite famously a religious fundamentalist, a status that reassures the religious right that she's simply upholding beliefs handed down to her by a patriarchal faith. As for the motivations of the female misogynists themselves, well, that's why Aunt Lydia of "The Handmaid's Tale" was such a good character. For women committed to living with, instead of resisting, male dominance, being an enforcer gives them power over other women. It's not quite as good as being a man, but hey, at least it gives you someone else to control and look down on.

Sadly, the misogyny baked into the Texas law is about to spread like wildfire across red America. The Supreme Court will not issue a formal ruling on whether Roe stands until next summer, but this support for the Texas law is an open invitation to every state legislature run by woman-hating Bible thumpers to pass versions of their own. Accompanying the law will be more dehumanizing rhetoric, treating women as livestock who can't be trusted to make decisions, or even acknowledged as capable of making decisions. Because debasing women has always been what the anti-choice movement is about. Now Americans will start to see the real life damage such hatred can wreak in women's lives.