Why women play along with sexist men 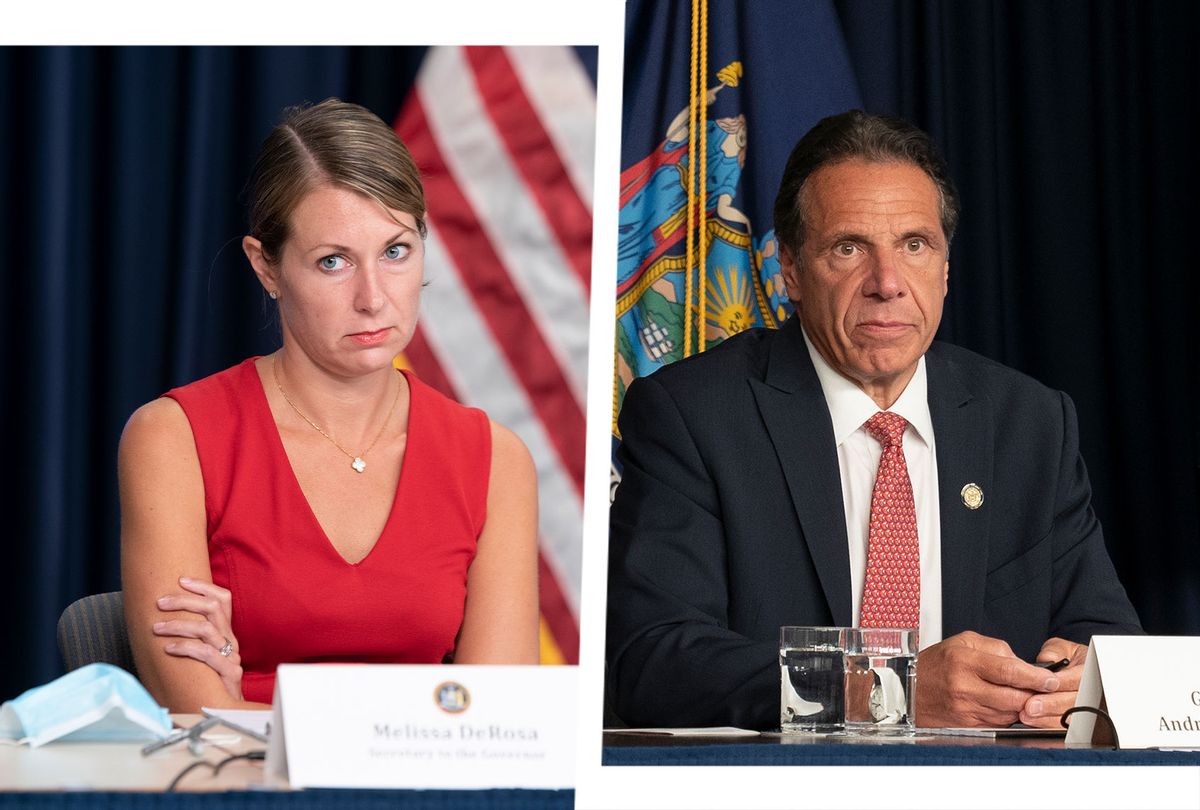 After the show "The Handmaid's Tale" debuted, the term "Aunt Lydia" — to describe women who conspire to uphold sexist systems for personal gain — entered the American lexicon, and none too soon. Aunt Lydias have always been with us, of course. They believe it's unlikely that they'll ever see true equality for women in their lifetimes. So rather than fight for a better tomorrow for others, they decide there's a lot to be gained, personally, from complicity. But explaining this complex reality in soundbite-driven American political discourse is always a slog, making "it can't be sexist even if women support it" a disturbingly effective, if incredibly dumb, gambit. It is why sexist men have long employed Aunt Lydias, willing to give a select few women a minor taste of power, so long as they work to keep other women in their place.

The shorthand "Aunt Lydia" was useful to illustrate situations like Republican Sen. Susan Collins of Maine defending Justice Brett Kavanaugh after accusations of sexual assault, or explain why the anti-choice movement has so many women in it. But for those of us who loved the book long before Ann Dowd's indelible performance as Lydia on the otherwise flawed TV version of "The Handmaid's Tale," the icon of female complicity will always be Serena Joy. In Margaret Atwood's hands, the character is a darkly funny satire of Phyllis Schlafly, the clever and ambitious far-right activist who, in the 70s, realized her only real pathway to power was to become the nation's most prominent anti-feminist. Serena in the novel is Atwood's revenge fantasy on Schlafly. Serena, like Schlafly, rose to power and fame by promoting patriarchy, and her punishment is living in the world she fought so hard to create, where she is shut up in the house, bored and angry, while her husband sleeps with enslaved sex workers.

Her story is also a warning to complicit women: Sexist men will let you have a small amount of power, as long as you cape for an unjust system. But the moment they don't have use for you anymore, you'll get a nasty reminder that they see you like they see all women: as second class. (Schlafly got her own taste of this. Her army of anti-feminist housewives elected Ronald Reagan as president, and she was thanked for her hard work by being laughed out of her request for a position in the administration.)

All of which is a long way to say that it really should be no surprise that the first head to roll in the sexual harassment scandal in the governor's office of New York does not belong to Gov. Andrew Cuomo, the man who is facing an attorney general's report documenting 11 women accusing him of abuses. Cuomo is digging in, determined to survive this through gaslighting and sheer belligerence. Instead, the big resignation news on Monday morning is that of his top aide, Melissa DeRosa, who put out a statement saying "the past two years have been emotionally and mentally trying."

To be clear, DeRosa had it coming. Her name is all over the investigation report released by New York's attorney general, Letitia James. "DeRosa is mentioned by name 187 times — as much as Cuomo," Josh Dawsey of the Washington Post writes, "She is portrayed as a constant force, taking part in an alleged effort to discredit one of his accusers, lining up women and elected officials to defend him and even confronting and chastising the governor about his behavior at one point."

DeRosa is described as going particularly hard after Lindsey Boylan, who was the first woman to accuse Cuomo publicly. DeRosa reportedly demanded Boylan's "full file," with the apparent intent to use the information within to discredit her. DeRosa is also accused of pressuring unrelated government officials to defend Cuomo, spying on other government employees, and trying to kill a story about Cuomo changing promotion rules for state troopers so he could have a specific woman as his bodyguard. That trooper has now accused him of harassment.

It's quickly becoming clear how much Cuomo believes he can use women — and feminist politics — as a shield to hide his own predatory behavior. In his grotesque response to the attorney general report, Cuomo repeatedly leaned on his supposed feminist bona fides, bragging about "all the progress we had made in fighting sexual assault" in his office, highlighting how he brought "in an expert to design a new sexual harassment policy and procedures," and feigning umbrage over female managers being held to a "double standard" of being "maligned and villainized for working long hours or holding people accountable or for being tough."

Using a woman to do his dirty work is just more of the same. It's not about a sincere commitment to advancing women's careers or men like Cuomo wouldn't be asking their female underlings to do such terrible things to other women in the first place. It's about using women as props, someone to point to as a "I'm no sexist" defense when the truth finally comes out. Media mogul Harvey Weinstein employed the same tricks, publicly supporting women from Meryl Streep to Hillary Clinton, while secretly abusing countless women in private. Donald Trump does it, too, hiding behind female spokespersons like Kellyanne Conway and Kayleigh McEnany, to muddy the waters around his own long history of sexual predation.

Indeed, DeRosa is far from the only woman who Cuomo used in this way. Roberta Kaplan, the chairwoman of the anti-sexual harassment group Time's Up, got involved in Cuomo's defense when the governor leaned on her for advice on how to respond to the allegations. It's a reminder of how complicit women can often tell themselves a story about how it's for the greater good, that the power they are cultivating by siding up to bad men can somehow be used to fight the bigger fight. But Kaplan is also finding out the price, as she too resigned Monday morning — even as Cuomo continues to cling to power.

Women play along with sexist men all too often, because doing so means power. Like Aunt Lydia, they long ago accepted they'll never have male status, but they figure they can achieve some measure of power by being complicit with a sexist system. But DeRosa's situation is a reminder that the power gained from complicity is tenuous and dependent on how much value you offer to men who need women to take fire for them. Once that's gone, complicit women all too often find that power stripped away. They were never respected, not really, any more than the other women they worked so hard to oppress.