Trump has been able to count on one reliable tenant: his own PAC, which has paid nearly $37,000 in rent since March 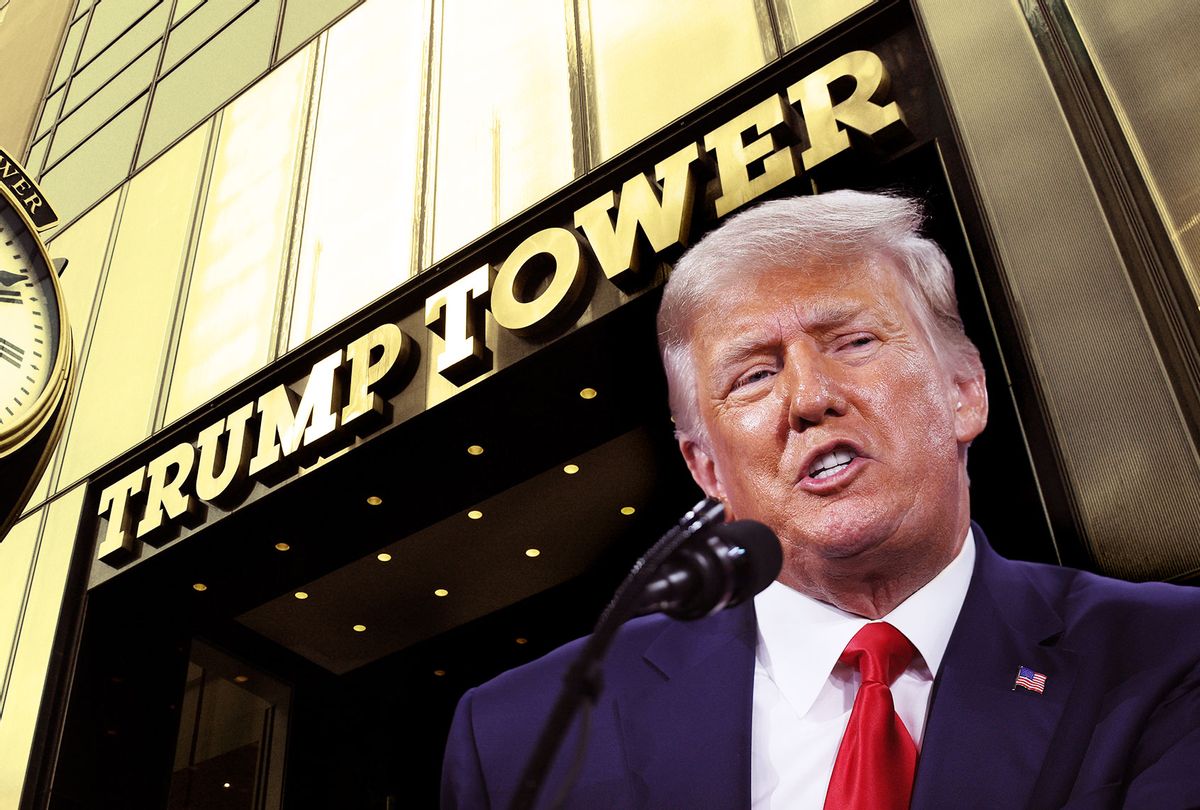 Tenants at Trump Tower in New York City — once "a physical avatar" of the former president's alleged business success — are "imploding," falling behind on rent and vacating entire floors, with some mired in lawsuits.

The Washington Post reported Friday that Trump Tower tenants who are behind on rent include Marc Fisher Footwear, the manufacturer of Ivanka Trump's shuttered shoe brand, as well as Marcraft, which sold $1,400 Trump-branded suits in the heyday of his "Apprentice" TV show.

"But through all that — as Trump Tower has dealt with imploding tenants, political backlash and a broader, pandemic-related slump in Manhattan office leasing since last year — it has been able to count on one reliable, high-paying tenant: former president Donald Trump's own political operation," the Post reported, referring to his Make America Great Again PAC, which has paid nearly $37,000 in rent since March. "This may not be the most efficient use of donors' money: The person familiar with Trump's PAC said that its staffers do not regularly use the office space."

Campaign finance experts said while the arrangement isn't illegal, it shows Trump "is continuing his practice exploiting loose regulations — and his own supporters' trust — to convert political donations into private revenue for himself."

The 12 leased floors of Trump Tower serve as collateral for a $100 million loan — one of Trump's largest debts that is due in full next year.

Marc Fisher Footwear, which made Ivanka's shoes, has racked up $1.5 million in unpaid rent, according to a lawsuit filed by the Trump Organization.

Marcraft, the suitmaker, is $664,000 behind on rent and is merely a "carcass" after filing for bankruptcy in New Jersey, saying its only assets were $40.75 in a checking account and "1,200 damaged coats."

Legacy Business School, which was once led by Kardashian family matriarch Kris Jenner and charged $70,000 in annual tuition, owes $198,000 in unpaid rent and has "fallen into turmoil."

All told, the Trump Tower's 12 leased floors are currently 75 percent occupied, the lowest level since 2013.