In "Rumors," Lizzo and Cardi B pull from the ancient Greeks, putting a new twist on an old tradition

By Grace B. McGowan 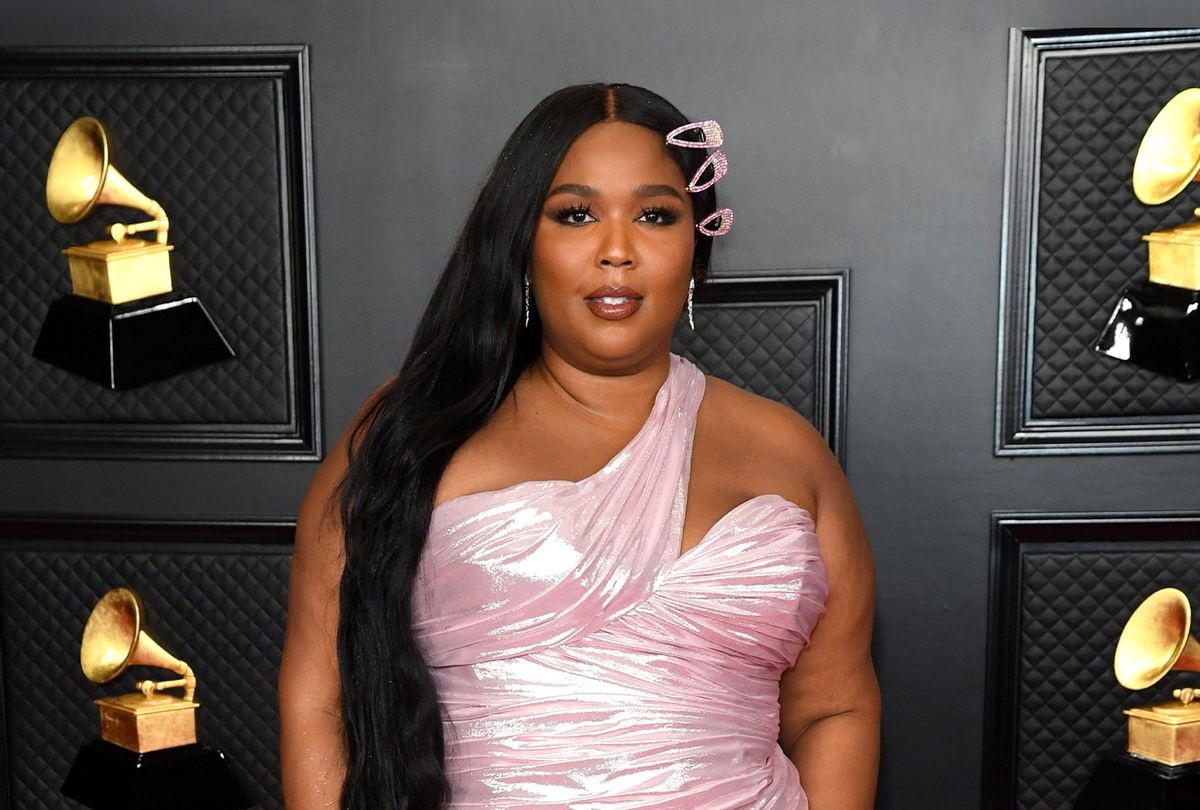 It isn't often that a pop star releases a music video that aligns so well with my academic research.

But that's exactly what Lizzo did in her new song, "Rumors." In it, she and Cardi B dress in Grecian goddess-inspired dresses, dance in front of classically inspired statuary, wear headdresses that evoke caryatids and transform into Grecian vases.

They're adding their own twist to what's called the classical tradition, a style rooted in the aesthetics of ancient Greece and Rome, and they're only the most recent Black women artists to do so.

The classical tradition has been hugely influential in American society. You see it in the branding of Venus razors, named after the Roman goddess of beauty, and Nike sportswear, named for the ancient Greek goddess of victory; in the names of cities like Olympia, Washington, and Rome, Georgia; in the neoclassical architecture found in the nation's capital; and in debates over democracy, republicanism and citizenship.

However, in the 19th century, the classical tradition started being wielded against Black people in a specific way. In particular, pro-slavery lobbyists and slavery apologists argued that the presence of slavery in ancient Greece and Rome was what allowed the two empires to become pinnacles of civilization.

Even though ancient Greece and Rome traded with, fought against and learned from ancient African civilizations such as Egypt, Nubia and Meroe, the presence and influence of these societies have tended to be downplayed or ignored.

Instead, ancient Greek and Roman aesthetics were held up as paragons of beauty and artistic sensibility. Classical statues such as the Venus de Milo and the Apollo Belvedere are often considered the apex of human perfection. And because marble statues from antiquity have, over time, lost their painted colors, it's influenced the widespread belief that all the deities were imagined as white.

For these reasons, Black women have rarely appeared in classical depictions and reproductions.

When they did – and especially in Western neoclassical art – it was usually in the form of mischaracterization or mockery.

For example, in Thomas Stothard's 1801 engraving "Voyage of the Sable Venus from Angola to the West Indies," he depicts a Black woman in the style of Botticelli's "Birth of Venus" romanticizing the harrowing trauma of the slave trade's Middle Passage. In the mid-19th century, Sarah Baartman, a Black South African woman, was paraded around Europe and put on display due to her large buttocks. She was derisively dubbed the "Hottentot Venus."

At the turn of the 20th century, however, Black women started reclaiming classical deities of beauty, such as Venus.

Pauline Hopkins, a writer working in Boston for The Colored American Magazine, played a pivotal role. A 1903 issue of the magazine published an editorial with no byline, though there's scholarly consensus that Hopkins penned the piece.

The editorial controversially argued that the models for two paragons of classical beauty had actually been enslaved Ethiopians.

"Authorities in the art world demonstrated that the most famous examples of classic beauty in sculpture – the Venus de Milo and the Apollo Belvedere – were chiselled from Ethiopian slave models," Hopkins wrote. Although it is difficult to know for sure, her editorial proposes an exciting set of possibilities around how African people and civilizations influenced classical beauty standards.

During her time with the magazine, Hopkins also wrote several serialized novels, including "Of One Blood," which was published over the course of 1902 and 1903.

In it, the protagonist discovers a hidden African civilization called Telassar that has retreated from the world and so was able to escape the ravages of colonialism and the trans-Atlantic slave trade. The protagonist discovers that he is the heir to Telassar and should join forces with Queen Candace to bring the country out of hiding and take its place in the world. Hopkins frequently describes the great beauty of all the women in the novel in terms of their likeness to the classical deity Venus.

In both the editorial and the novel, Hopkins questions the very idea that the classical tradition can be deemed "white" or "European." She calls on her readers to consider if these aesthetics and beauty ideals were, in fact, rooted in African traditions, only to be corrupted and co-opted by white supremacists.

Other artists have followed Hopkins' lead. Toni Morrison's fiction has reworked stories from the classical tradition, including Euripedes' "Medea" and Ovid's "Metamorphoses." In Morrison's novel "Tar Baby," the protagonist is a model who's depicted as the "Copper Venus" in a magazine spread.

More recently, Beyoncé announced the birth of her twins, Rumi and Sir, by adapting Botticelli's 1480 painting "Birth of Venus." Meanwhile, artist 3rdeyechakra has inserted Black female artists, such as Beyoncé, Megan Thee Stallion and Lizzo, into paintings of classical deities like Venus and Aphrodite.

An old tradition with a new twist

Which takes me to Lizzo's joyful and gleeful reclamation of the classical tradition in her new music video with Cardi B.

In a song that focuses heavily on female empowerment and body positivity, Lizzo and Cardi B deploy the visual imagery, fashion, art and architecture of the classical era, while also populating it with people and bodies that have so long been excluded.

Lizzo and her dancers perform their choreography atop classical columns, positioning themselves as the muses – an allusion, perhaps, to the Black muses in Disney's animated film "Hercules."

The bodies of the statues in Lizzo's video are not the chiseled physiques you're accustomed to seeing in museums, while the various Grecian-style vases are painted with images of women in bondage gear, performing on poles and twerking. Lizzo and Cardi B also perform in front of statues that are deliberately centered on the buttocks. It's an allusion not just to classical statues like the Venus Callipyge – which translates to "Venus of the beautiful buttocks" – but also a playful dig at a culture that historically has hypersexualized the bodies of Black women.

I'd never suggest reading the comments section of any YouTube video. But with "Rumors" you don't have to scroll for very long before coming across a heated debate around "cultural appropriation" in the music video. Some say that it's Greek and Roman art that's being pilfered and sullied.

But to me, it's just another example of Black women trying to stake their own claim to the beauty, joy and power of this tradition.

When Lizzo and Cardi B touch their acrylics in a gesture reminiscent of Michaelangelo's famous "Creation of Adam" painting on the ceiling of the Sistine Chapel, they're transfigured into a Grecian vase in a flash of lightning.

Just like that, the centrality of Black women to the classical tradition is no longer just a rumor.

MORE FROM Grace B. McGowan