The tangled physics of knots, one of our simplest and oldest technologies

Which knot is the strongest? 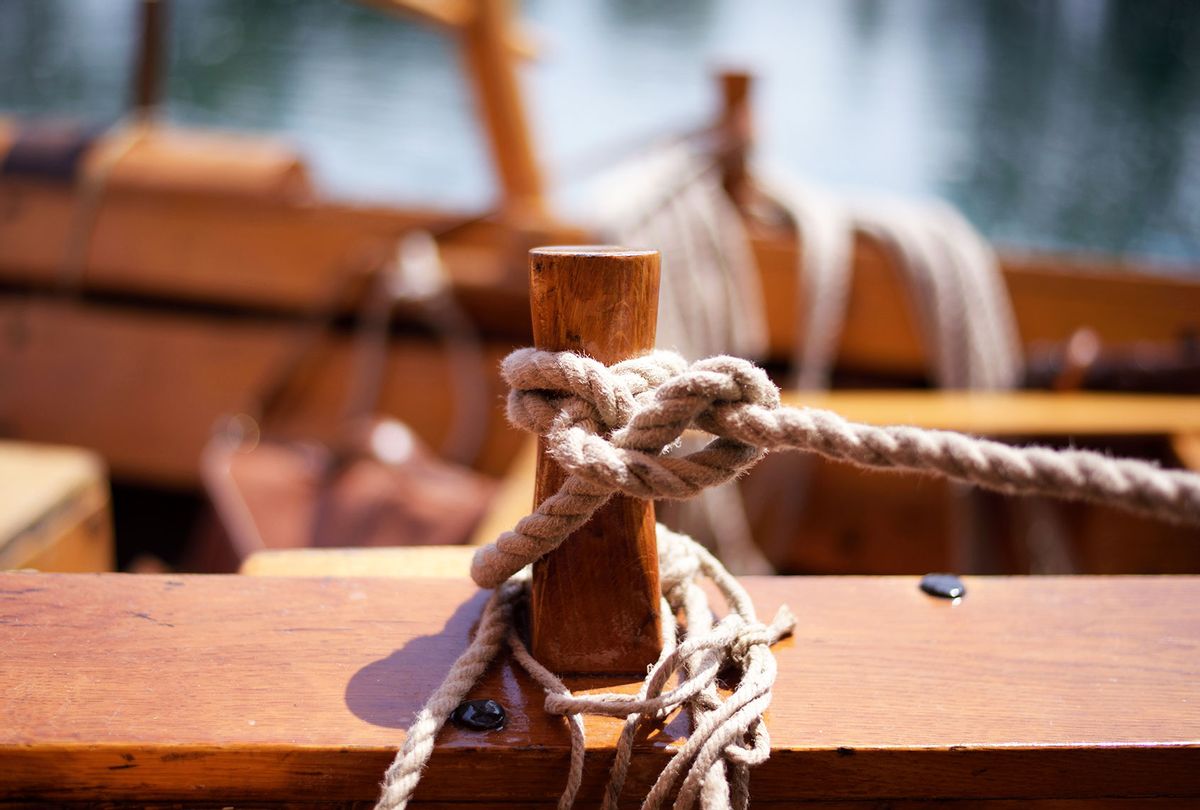 That's not surprising, as knots are quite ancient, predating both the use of the axe and of the wheel and potentially even the divergence of humans from other apes. After all, ropes and cords are practically useless without being tied to something else, making one of the most ancient technologies still remarkably relevant today.

But these tie-offs can be a problem, since knots actually decrease the strength of a rope. When a rope made up of multiple fibers is taut, those fibers all share equal portions of the load. However, the bending and compression where the knot forces the rope to curve (usually around itself, or around the thing it is tied to) create extra tension in only some of the fibers. That's where the rope will break if yanked with too much force. And this isn't a small effect: common knots generally reduce the strength of a rope by 20 percent for the strongest ones, to over 50 percent for a simple overhand knot.

Experience has taught surgeons, climbers, and sailors which knots are best for sewing up a patient, or rescuing someone from a ravine, or tying off a billowing sail, but until some recent research from a group at MIT it was hard to tell what actually makes one knot better than another.

Knot strength depends a lot on its material: a beefy figure eight knot in a thin fishing line will never support more weight than the lowly overhand knot in a climbing rope. However, all else being equal, researchers have found that there are a few main traits that help define a knot's relative strength and stability. In this case, it's easier to think about these knots in the context of connecting two different ropes together, as opposed to creating a knot in a single rope. (This is technically known as a bend, since a true knot only involves one rope, but for simplicity, let's use "knot" as an umbrella term.)

So how can we tell, just with our eyes, whether one knot is stronger than another? Perhaps most intuitively, knots with more strand crossings tend to be stronger. Additional points of contact likely create more friction — more resistance to coming undone. A smaller knot with fewer crossings will also usually have tighter bends than a larger knot with more crossings. This increases the tension imbalance in the fibers of the rope with the smaller knot and making it more likely to break, a catastrophe for a climber dangling off the end of a safety line or a fisherman whose dinner escapes when the knot breaks.

The second characteristic of a strong knot is known as "twist fluctuations," which accounts for whether a single rope strand undergoes twisting as it snakes through the knot. Twist fluctuations are essentially a proxy for the knot's stability, since a strand that is forced to twist will "lock" on itself (like a square knot) while a strand that is free to roll won't keep its shape (like a granny knot). The concept of twist fluctuations also explains why there is a scientifically correct way to tie your shoes: the knot is less likely to slip if you alternate which strand goes on top when forming the two parts of the knot, which is the concept behind a square knot. You can tell right away if your shoes are tied correctly just by looking. If the knot tends to lie vertically along the shoe, it's a weaker granny knot, whereas if the knot is horizontal, it's the stronger square knot.

The last easily countable knot attribute is "circulation," or whether adjacent rope strands move in the same direction as the knot is pulled tighter. This can happen in multiple parts of a single knot, and the more rope strands moving in opposite directions, the stronger the knot will be. For example, in a standard granny knot, rope strands slide along each other in opposite directions as the knot is tightened, generating friction that increases the knot's strength. If instead you take a granny knot and pull on diagonal ends, the exact opposite happens. (This knot actually has a different name, the grief knot.) Adjacent strands now move in the same direction, and the knot tends to slip.

As the knots get bigger and more complicated, the same rules apply. The easiest thing to look for in a knot is the number of crossings. For example, a square knot (also known as a reef knot) scores about the same as the more complicated alpine butterfly knot both in twist fluctuations and in circulation, but has only half the number of crossings (N) and is much weaker than the Alpine butterfly in laboratory testing.

But, having more crossings isn't always better if a knot is lacking in twist fluctuations or circulation. The Zeppelin knot, for example, is very similar structurally to the Alpine butterfly knot, but with two fewer crossings. However, it scores better both in twist fluctuations and in circulation, and in physical testing turns out to be stronger than the alpine butterfly as well. All three factors are important and need to be taken into account when comparing the structures of different knots.

Ultimately, these theoretical counting rules for knot strength and stability are primarily useful to scientists as they continue to research the physics of knots, but they also generate some useful rules of thumb: bigger knots with more crossings are generally better, and knots that stay in place without twisting or deforming excessively when tightened tend to be stronger than others.

To be fair, these takeaways are most helpful for those who tie or study knots more complicated than a shoelace on a regular basis, like biologists who study the microscopic knots in DNA to help understand how genetic information is preserved and transferred, or physicists trying to tie knots in a magnetic field. But if you're not already a fisherman, sailor, climber, or DNA researcher, you can still hold out hope that you'll get an awesome knot book for your next birthday present.