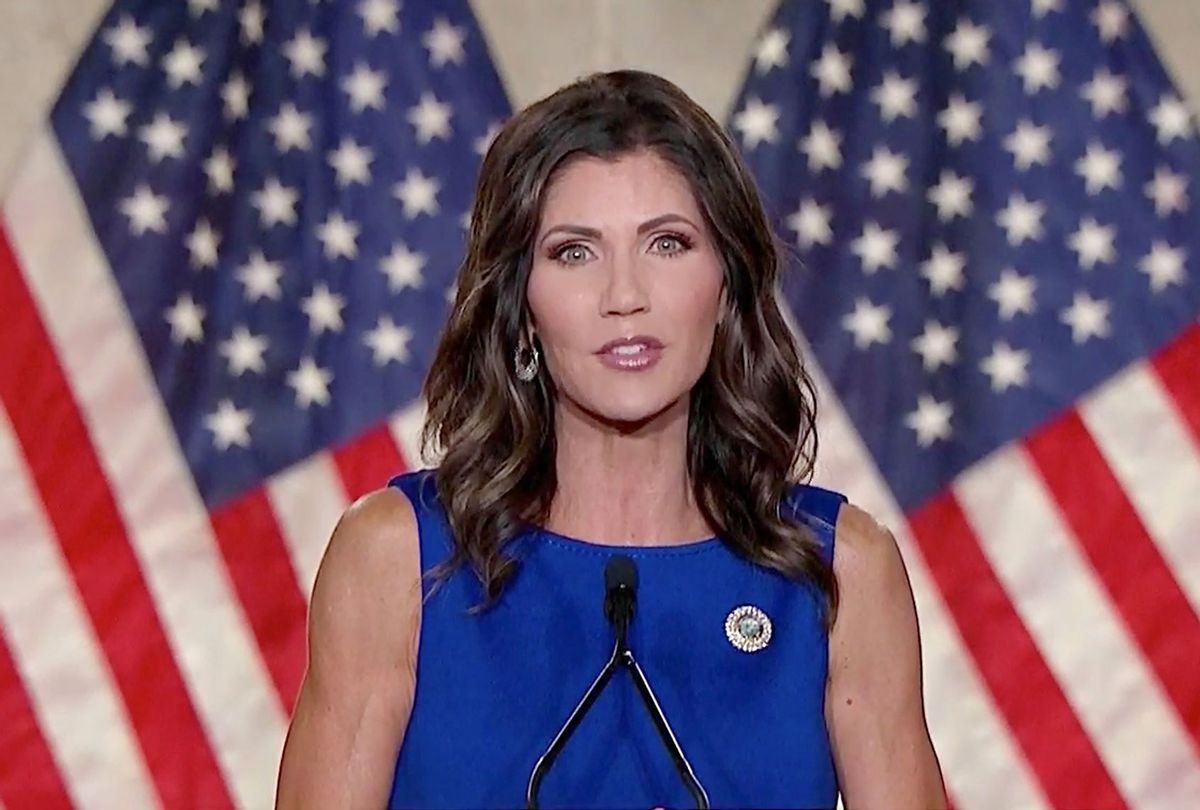 Numerous critics of former President Donald Trump, from liberals and progressives to Never Trump conservatives, have described the MAGA movement as a "cult" — and a prime example of how cultish MAGA Republicans can be occurred when South Dakota Gov. Kristi Noem, according to the Daily Beast, hired sculptors to create a Mount Rushmore mini-replica with Trump added.

Beast reporter Tom Lawrence explains, "Trump reportedly wished that his mug could be added to the real thing, but Noem, of course, could not make that happen. Instead, she found donors to underwrite the smaller ego-stroking project."

Noem's office, Lawrence reports, contacted Dallerie Davis — an art agent based in Rapid City, South Dakota — to find out whether or not a mini-replica of the Mount Rushmore monument could be created in about a month that would depict Trump alongside Washington, Jefferson, Lincoln and Roosevelt.

According to Lawrence, "Davis told The Daily Beast she thought of Lee Leuning and Sherri Treeby, a South Dakota sculpting team with scores of pieces on display in the state and across the Midwest. . . . Leuning and Treeby were good, could work fast and, perhaps best of all, they were Trump supporters, Davis said. Employing what's known as 'lost wax' casting — an ancient process that uses a clay model, hot wax and molten bronze — the duo grafted a bust of Trump in a suit and tie onto the mini-Rushmore. Three copies were created, Leuning and Treeby revealed recently, with one going to Trump, and the other two to the unidentified donors — the names of whom are unknown even to them."

"The piece has never been publicly seen, and little was known about it beyond a disclosure filing with the Office of Government Ethics that indicated it cost $1,100, which Noem's office said was paid for by private donors," Lawrence explains. "But the Daily Beast has obtained a photo of the replica, which as the New York Times first reported, does indeed depict Trump carved into the Lakota people's sacred Black Hills, right next to Lincoln's face."