"So you agree, Republicans are just like the Taliban?": Texas lawmaker mocked for odd comparison 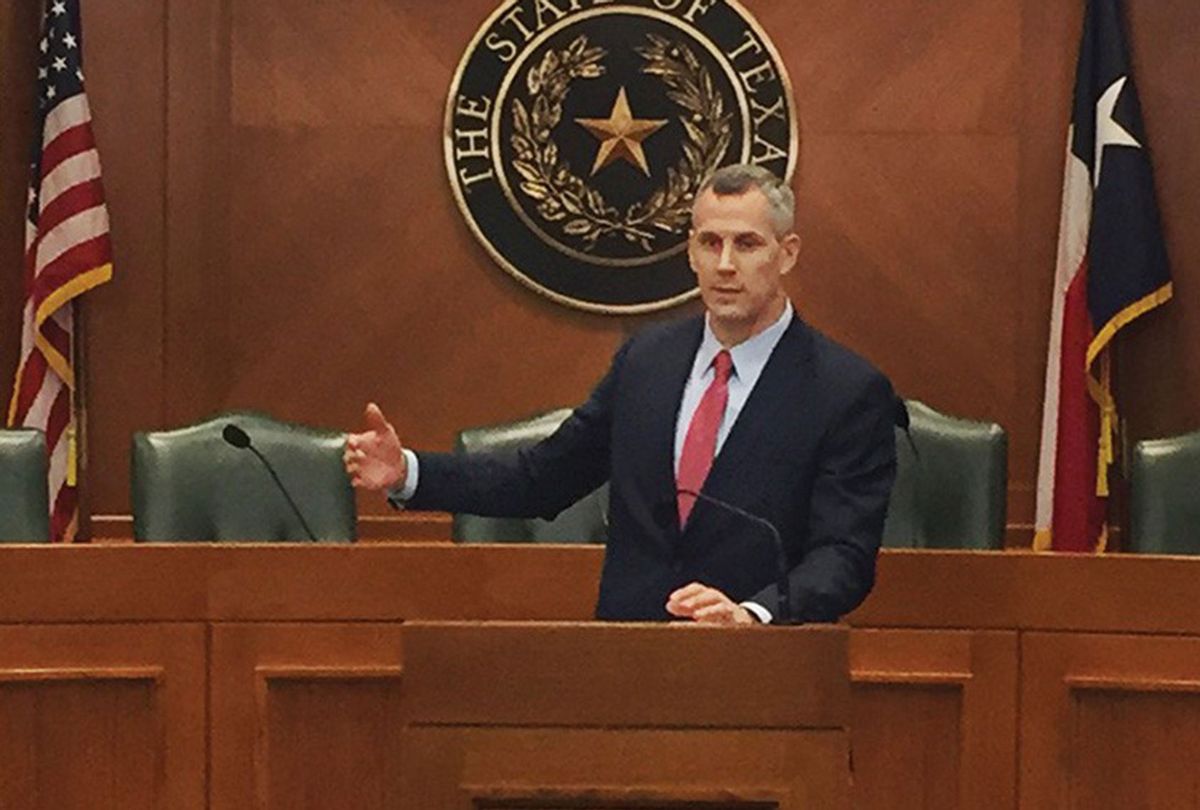 A Republican lawmaker in the Texas House of Representatives was recently ridiculed for seemingly boasting that abortion is so immoral that even the Taliban prohibits the practice.

Replying to the article, Rep. Matt Schaefer, who served in Afghanistan, recently tweeted: "FACT: Even the Taliban oppose abortion."

The lawmaker quickly received a torrent of criticism and mockery online.

Posting a picture of Schaefer's face, the USA Singers tweeted: "This is the face of a Republican who is so devoid of brains, he thinks that having beliefs aligned with the Taliban is a good thing. Congratulations, Matt Schaefer. You're a talibangelical maniac, a regressive extremist, and a big fu*king dummy."

"Fact," Ned Pyle, a principal program manager at Microsoft, echoed, "matt schaefer can only achieve sexual release by humiliating himself on twitter."

"This does not mean what you think it means," added Rabia Chaudry, an attorney and a New York Times best-selling author.

Schaefer, a Baptist who assumed office back in 2013, has a well-established history of opposing abortion.

The year he was first elected, Schaefer approved S.B. 5, a measure that restricted abortions after 20 weeks of pregnancy and required all abortion providers to be registered with nearby hospitals. In 2015, Schaefer likewise introduced an amendment to an abortion bill, with the amendment prohibiting abortion of fetuses that have genetic abnormalities after 20 weeks. His amendment, which was ultimately tacked onto bill, also heightened reporting requirements for abortion clinics throughout the state.

"We should value what God values, and that's the life of the unborn," Schaefer said at the time.

Despite his self-proclaimed virtue, Schaefer now appears to be comparing his religious values with those of the Taliban.

As Kendall Brown, a writer and healthcare advocate, wrote in response to his tweet: "So you agree, Republicans are just like the Taliban?"

Drawing on this same irony, podcast host Jeff Dwoskin chimed: "Than [sic] go join the Taliban Matt Schaefer if you love them so much and they match your values," podcast host. "Apply to ISIS while you're at it they probably also hate the same things as you."