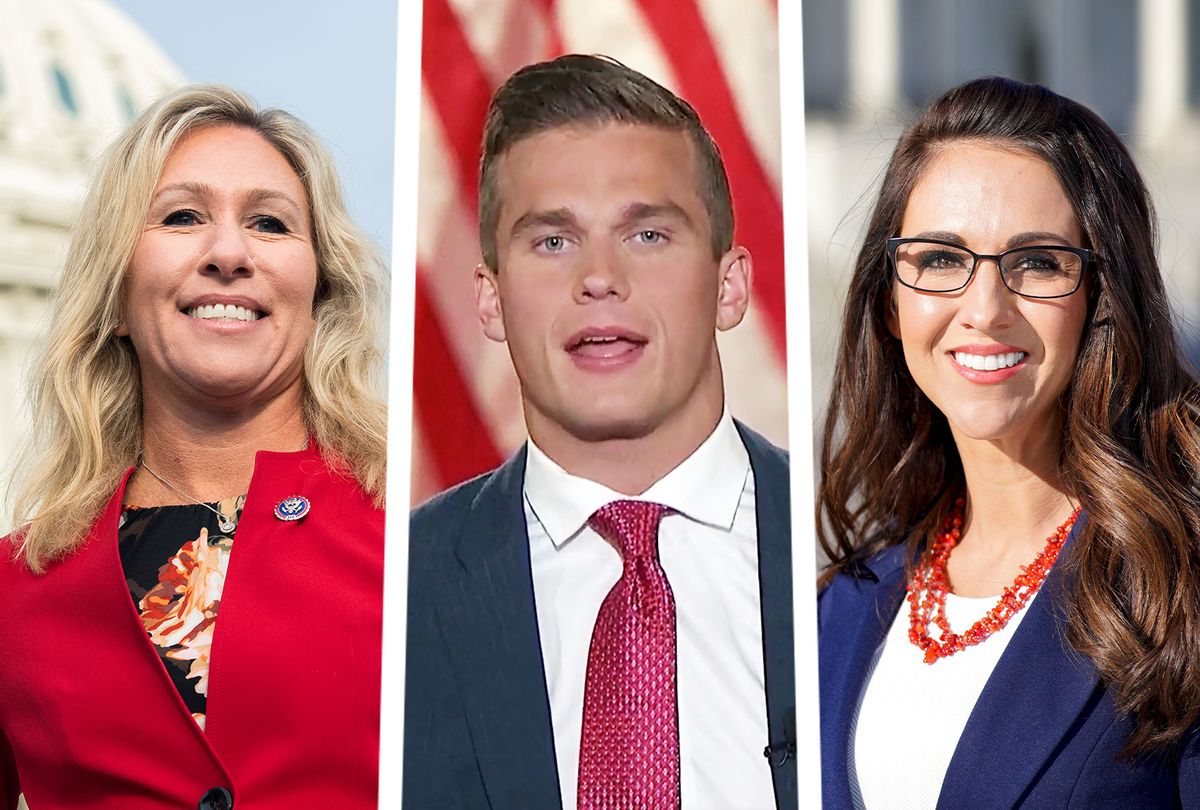 During the 2020 election, many Democrats hammered Republicans relentlessly over their failure to take the COVID-19 pandemic seriously — and according to a Democratic Congressional Campaign Committee memo that CNN has obtained a copy of, Democrats also plan to make COVID-19 a major issue in the 2022 midterms.

Some non-Trumpian GOP governors have been quite proactive in their response to the pandemic, including Maryland's Larry Hogan, Massachusetts' Charlie Baker and Vermont's Phil Scott. Yet countless other Republicans have downplayed the pandemic's severity, opposed social distancing measures and discouraged the use of protective mask mandates.

CNN's Melanie Zanona reports, "The House Democrats' campaign arm is amplifying their warnings that the GOP's dangerous rhetoric and misinformation about COVID-19 is threatening to harm public health and thwart economic progress — a preview of how Democrats on the campaign trail plan to address a crisis that is still consuming both the country and Joe Biden's presidency. In a new memo that began circulating on Thursday, the Democratic Congressional Campaign Committee writes that House Republicans have 'lied about (Covid's) impact,' 'dangerously rejected medical guidance to wear masks and social distance,' and 'encouraged Americans to consume horse and cattle dewormer in lieu of the proven COVID-19 vaccine,' according to a copy of the memo obtained by CNN."

The DCCC memo, according to Zanona, specifically mentions far-right Republicans such as Rep. Marjorie Taylor Greene of Georgia, Rep. Louis Gohmert of Texas and Rep. Madison Cawthorn of North Carolina. And it lays out a Republican/Democrat contrast with COVID-19, saying, "Biden and House Democrats have rushed to get Americans back to work and crush the COVID-19 virus and rebuild our economy with the American Rescue Plan. We've added 4.5 million new jobs since January 2021, returning the nation's economy to pre-pandemic levels and put more than 374 million shots in arms. But House Republicans are threatening our economic progress by doubling down on their deadly lies."

From a health standpoint, the DCCC memo argues, putting Republicans back in control of Congress would be a huge mistake.

DCCC Chairman Sean Patrick Maloney, during an interview with CNN, also offered a sneak preview of what Democratic messaging on COVID-19 will look like in the 2022 midterms. The New York congressman told CNN, "From Day One of this pandemic, Republicans have rejected reality and embraced political extremism by lying about the effectiveness of vaccines, mask wearing and social distancing. Even as school children fill up ICU beds across the country, they've taken to social media and conservative media outlets to whip up dangerous conspiracies, including peddling horse dewormer as a COVID treatment."