10 words "The Simpsons" made famous 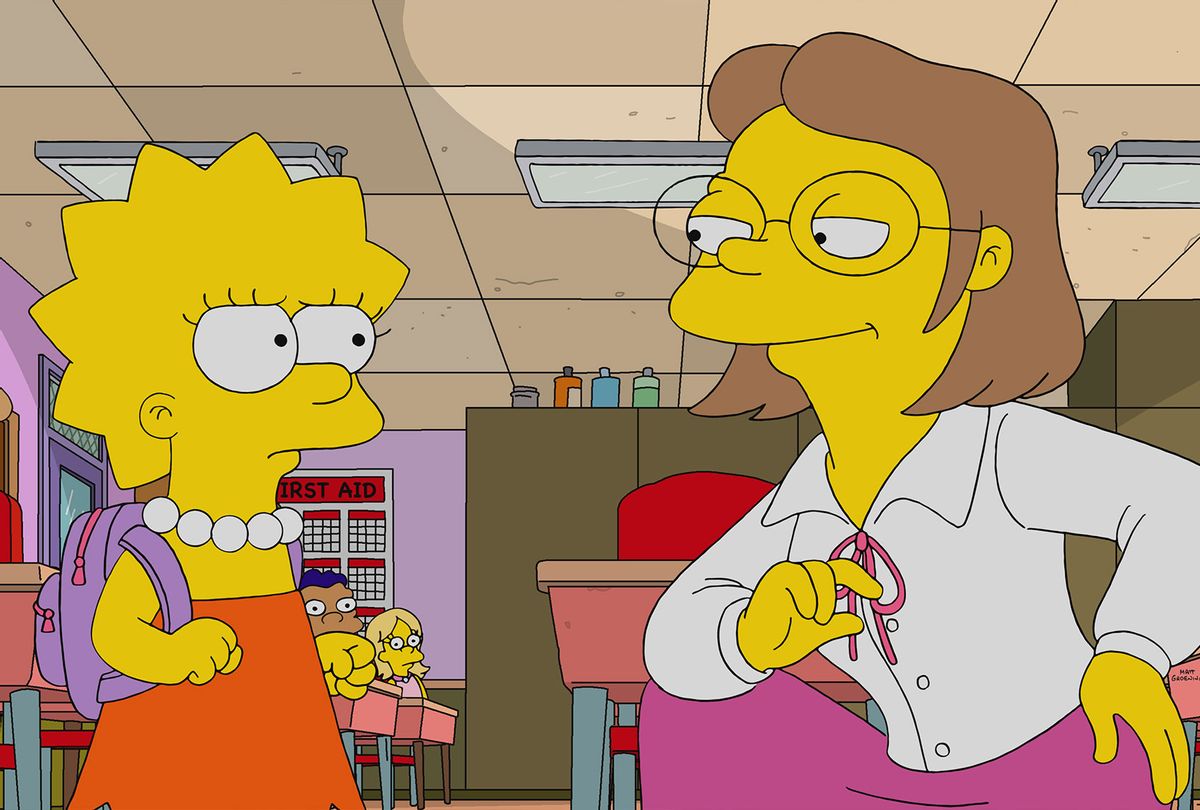 After hundreds of episodes — and with no end in sight — "The Simpsons" has changed the way we talk to one another. Here are 10 words that the show has made famous, either by inventing them or re-purposing them to make us laugh, think, and then laugh again.

In the season seven episode "King-Size Homer," Homer tries to gain enough weight to tip scales at more than 300 pounds, which will get his big posterior on work disability. Naturally, he goes to see Dr. Nick Riviera to help him reach that unhealthy goal. The Hollywood Upstairs Medical College that educated Dr. Nick informed him of the three "neglected" food groups: the Whipped Group, the Congealed group, and the Chocotastic! (Emphasis Nick's.)

Strangely enough, when Homer asks how to speed up the weight gain process, he's told to substitute bread for Pop Tarts. Years later, stores in the UK and Australia started stocking "Frosted Chocotastic" Pop Tarts. Kellogg's states that in this case, chocotastic means "Chocolate flavour filling in a frosted pastry," 198 calories at a time.

Unmoved by Homer's weak Christmas lights, Bart offers that the display looks "craptacular" in season nine's "Miracle on Evergreen Terrace." The word was likely used prior to the episode's December 1997 airing, but it became a popular way to say that something or someone was "spectacularly crappy" after the show's use of it.

Some examples of its post-"Simpsons" use are the 2002 Marvel Comics limited series "The Craptacular B-Sides," a Howard Stern contest where contestants weigh the waste they generated after stuffing their faces for 24 hours, and an "Annual Holiday Craptacular" that benefits the San Francisco Food Bank.

Cromulent is a word created by "Simpsons" writer David X. Cohen, who would go on to co-develop "Futurama" with Matt Groening. Cohen came up with the word for the season seven episode "Lisa the Iconoclast," where Ms. Hoover tells Mrs. Krabappel that the slightly less fictitious "embiggen" is a "perfectly cromulent" word.

Cromulent is now listed in "Webster's New Millennium Dictionary of English," and its dictionary.com listing says that cromulent is an adjective meaning "fine" or "acceptable."

Even though D'oh isn't written on Simpsons scripts—"annoyed grunt" has always been how it appears on paper—it's listed in "Webster's Millennium Dictionary of English" and the Oxford English Dictionary as "Used to comment on a foolish or stupid action, especially one's own." Initially, Dan Castellaneta said "Doooooooo" as Homer to mimic actor James Finlayson in the "Laurel & Hardy" movies. After Matt Groening told Castellaneta to shorten it due to time constraints, it became "D'oh!"

Even though Castellaneta was thinking about a Laurel and Hardy actor, "D'oh" was uttered often between 1945 and 1949 by actress Diana Morrison on the BBC radio series "It's That Man Again." Playing the secretary Ms. Hotchkiss, Morrison would leave a room saying "d'oh!" to vent her frustration dealing with her boss Tommy Handley.

Embiggen first appeared in 1884 when C.A. Ward tried to come up with a suitably ugly new verb to make a point about neologisms. One hundred and twelve years later, it reappeared in "Lisa the Iconoclast" as Springfield's "cromulent" motto: "A noble spirit embiggens the smallest man."

Embiggen had yet to meet the standards of any legitimate dictionaries when a real-life team of physicists wrote that "...the gradient of the Myers potential encouraging an anti-D3 to embiggen is very mild" in their 2007 paper "Gauge/gravity duality and meta-stable dynamical supersymmetry breaking," published in the journal "High Energy Physics" [PDF]. The OED and Merriam-Webster finally added embiggen to their dictionaries in 2018.

Homer pleads for the help of Jebus in season 11's "Missionary: Impossible" while escaping from a bloodthirsty Betty White and her PBS pledge drive cronies. Despite the fact that Homer is a regular (albeit unenthusiastic) churchgoer, he was not referring to the Jebusites in the Old Testament who, before King David conquered it, inhabited and built a town called Jebus, which later became Jerusalem — he just got Jesus's name wrong.

In the season one episode "Bart the Genius," Bart attempts to cheat in a game of Scrabble by putting "kwyjibo" on the board. When asked what a kwyjibo could possibly be, Bart said it was a "big, dumb, balding North American ape ... with no chin," a thinly veiled description of how he perceived Homer. The invented word from "The Simpsons"' writers' room has since been used as one of the aliases for the Melissa mass-mailing computer virus that affected some Windows users in 1999. Kwyjibo is also the name of an Iron Oxide Copper Gold deposit in Quebec, and an advanced yo-yo trick.

An investigation into the etymology of meh discovered that it may have Yiddish origins, but the first use of it as a word expressing indifference came from a July 9, 1992 Usenet post complaining about "Melrose Place." John Swartzwelder was credited with first introducing meh into a "Simpsons" script, and when reached for comment, he claimed he heard it from an advertising writer who said it was the funniest word in the world — in the early '70s. No matter its origins, "The Simpsons" was responsible for making it one of the 20 words that defined the 2000s, according to BBC News online.

Ralph Wiggum famously proved that he deserved his grade when he said, "Me fail English? That's unpossible!" in "Lisa on Ice." Well, it turns out that unpossible is an actual word with a long history dating back to least the 15th century; it's just another way to say "impossible." After Ralph brought the outdated word back to life, unpossible has since been used as a title for a short story collection and a popular game.

"Simpsons" writer George Meyer has been credited with coming up with the idea to have a character say "yoink" when taking an item from someone or something. Former showrunner Bill Oakley tweeted that Meyer got yoink from Archie Comics. Still, after being said at least 23 times on "The Simpsons," yoink has become the word of choice to make light of a situation when someone's property is being taken.