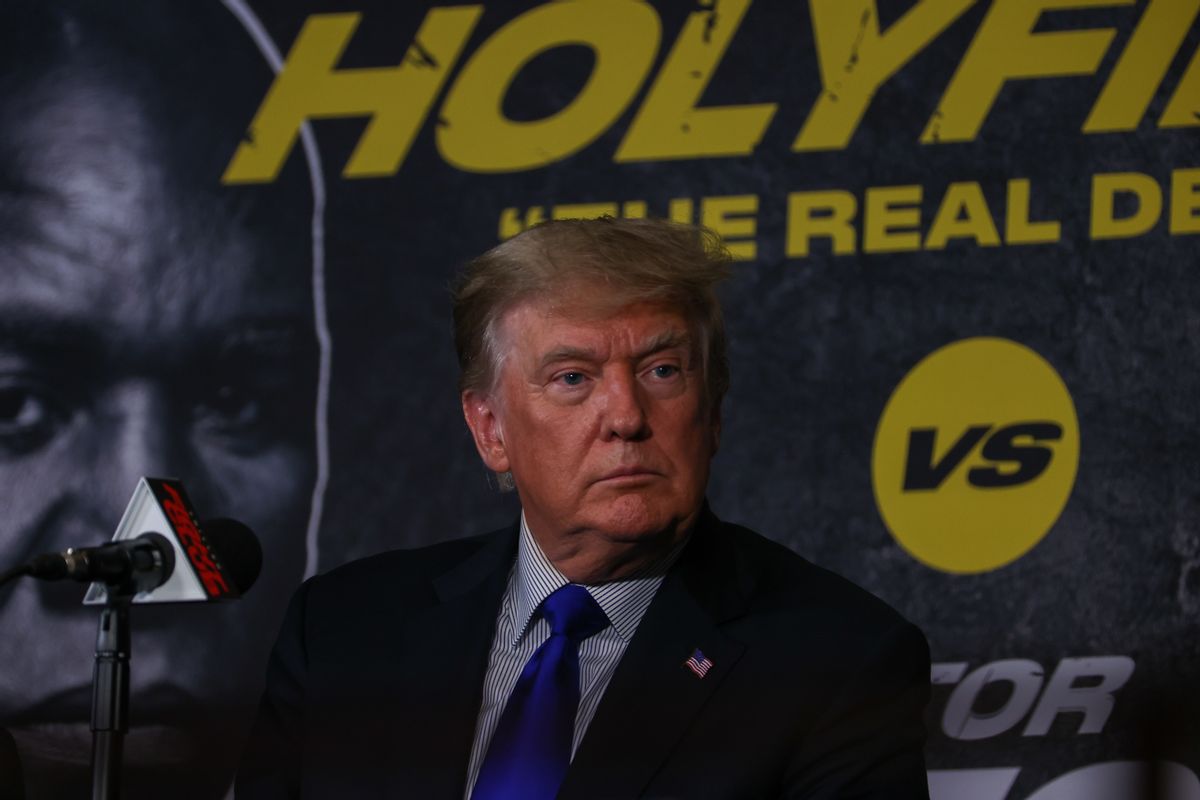 Late Saturday, Fox News cut away from an appearance by Donald Trump at a New York Police Department event where he was making comments about the 20th anniversary of the 9/11 attack where he also asserted that the 2020 election was stolen from him.

After opening up the floor to answer questions, where the former president hinted that he was thinking of running for president again, saying, "I mean I know what I'm going to do, but we are not supposed to be talking about it yet, from the standpoint of campaign finance laws which frankly are ridiculous," Trump proceed to answer more questions which led anchor Arthel Neville to cut in.

"Okay, we're going to break away now, the is former president Donald Trump visiting the police station, the 17th precinct station in midtown Manhattan," she began.

"He didn't miss any opportunities to air grievances including claiming that the election was rigged, which it was not," she continued. "It has been proven in court multiple times. It has been proven that the election was not rigged by elected election officials, but it started out on a good note. President Trump, the former president saying that he grew up with the firefighters because he's from New York and he thanked them for their service."