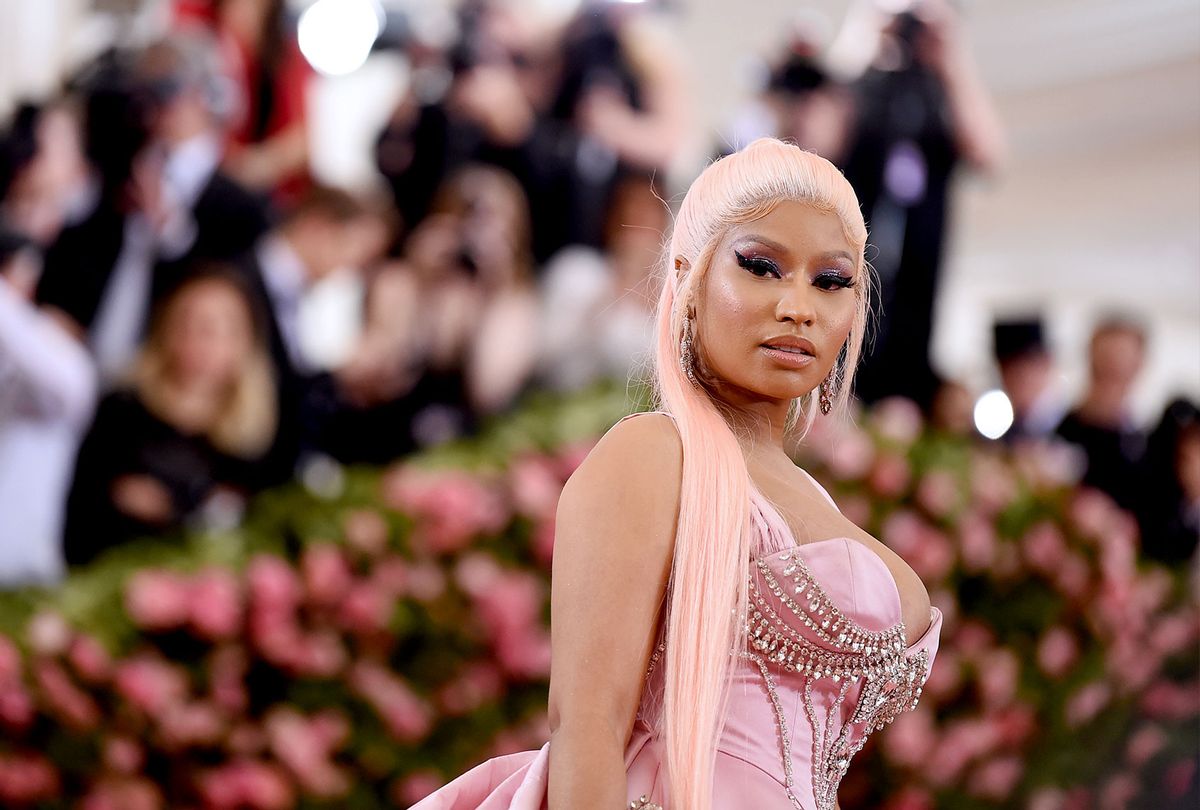 Rapper Nicki Minaj triggered a social media meltdown on Monday night when she sowed doubt over the safety of the COVID-19 vaccine, earning her unlikely plaudits from right-wing media personalities.

The debacle was set off during Monday's Met Gala, when Minaj tweeted that she wasn't attending the event due to its vaccination requirement. "They want you to get vaccinated for the Met," she wrote in a since-deleted tweet. "If I get vaccinated it won't for the Met. It'll be once I feel I've done enough research. I'm working on that now."

Later, she suggested that the vaccine might be linked to impotence, a suspicion that she said arose from her cousin's friend's testicular condition.

"My cousin in Trinidad won't get the vaccine cuz his friend got it & became impotent. His testicles became swollen," she wrote on Twitter. "His friend was weeks away from getting married, now the girl called off the wedding. So just pray on it & make sure you're comfortable with ur decision, not bullied."

Her tweet was met with a wave of scorn and pushback from her 22.6 million followers, with some medical professionals personally offering to discuss the matter with her.

"​​This is everything. Real queens do not act because of peer pressure. It's not about fitting in or being cool," echoed conservative commentator Candace Owens. "We all know someone who has had a bad reaction to the vaccine and yet these stories are being censored by Big Tech. Thank you, @NICKIMINAJ for speaking truth."

"You have a platform, sister, that is 22 million followers," Reid said during a Monday broadcast. "For you to use your platform to put people in the position of dying from a disease they don't have to die from? Oh, my God. As a fan, as a hip-hop fan, as somebody who was your fan, I am so sad that you did that."

Minaj responded by accusing Reid of pushing a "false narrative."

In response to the controversy, the Centers for Disease Control and Prevention updated its website to reflect that there is "currently no evidence that any vaccines, including COVID-19 vaccines, cause fertility problems in women or men." Independent medical experts have also substantiated similar claims, The Washington Post noted.

According to the Kaiser Family Foundation, roughly 40% of Black Americans are vaccinated. However, the Post noted that White Americans still make up the largest demographic of unvaccinated citizens, with 57% still unvaccinated.

Since tweeting about her cousin's friend, Minaj appears to be toning down her vaccine skepticism.

"I'd def recommend they get the vaccine," she later wrote to a fan. "They have to feed their families. I'm sure I'll b vaccinated as well cuz I have to go on tour, etc."

"Which vaccine would you recommend?" she added.