"We’re not going to let our own governor put our residents in danger," says Miami Beach Mayor Don Gelber 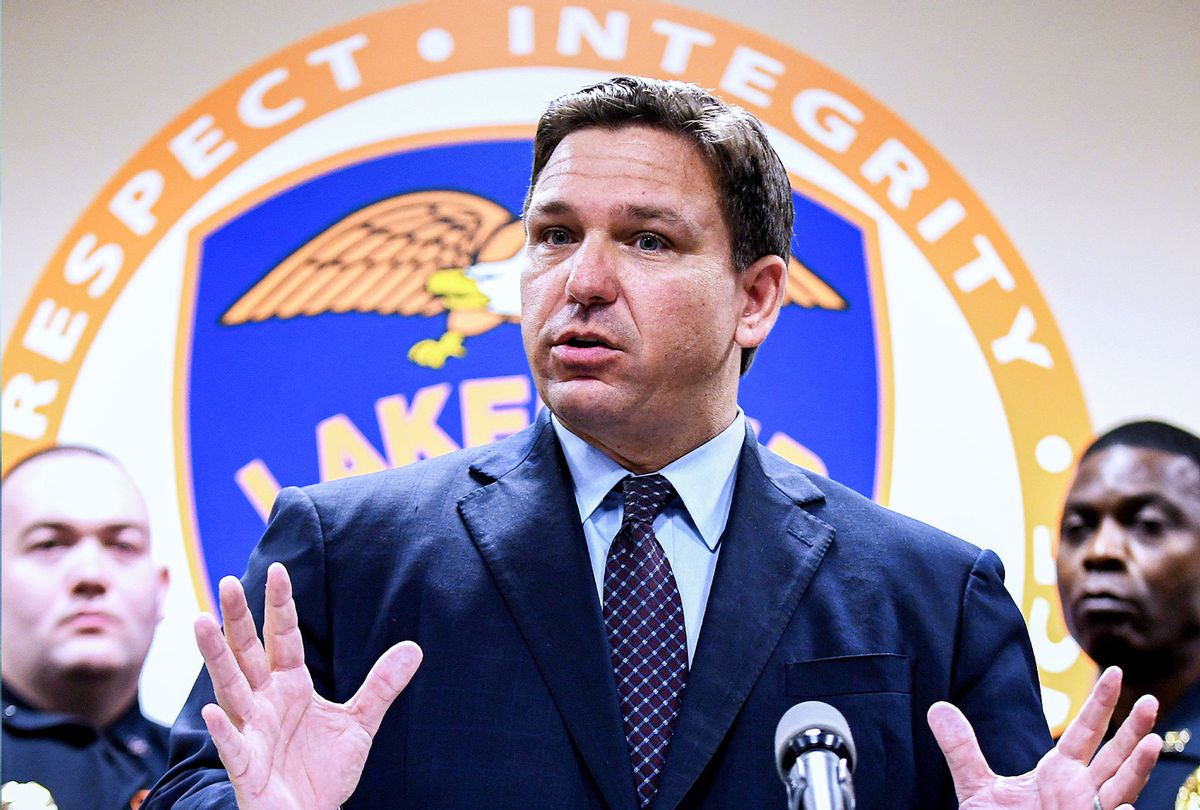 Florida Gov. Ron DeSantis on Monday threatened to punish cities and counties if they require vaccines for public employees. Some mayors are vowing to impose mandates anyway.

The governor said that any city or county that requires their employees to be vaccinated will face a $5,000 fine for each violation, which he said could result in "millions and millions" of dollars in penalties for areas that have already announced vaccine mandates.

"So if you look at places here in Alachua County, like the city of Gainesville, I mean that's millions and millions of dollars potentially in fines. Orange County — many, many more than that," DeSantis said at a news conference, adding that "the net result of Biden's policy is you're going to have good, hardworking people lose their jobs, and they're going to lose their jobs in very key industries."

DeSantis' office told the South Florida Sun-Sentinel that the state's health department would begin enforcing the rule on Thursday.

But big-city mayors vowed to keep their vaccine requirements despite the governor's threat.

"He's spreading these conspiracies about vaccines and now stopping major employers from getting their employees, who deal with the public every day, vaccinated. This is really horrible," Miami Beach Mayor Don Gelber, a Democrat, said Monday. "You do not need a law degree to know this is idiotic and we're not going to let somebody, including unfortunately our own governor, put our residents in danger," he added.

Orange County Mayor Jerry Demings said the fines could be a "lot of money" but the government would "protect the greater collective of the people in our community."

"I'm not going to take actions that would adversely impact the safety of our community. Sometimes, quite frankly, I question whether or not the governor really sees it that way," said Demings, a Democrat. "He may say that he does, but I believe that many of the decisions he makes are purely politically motivated."

Gainesville, which required all public employees to be vaccinated by October or face termination, also plans to keep its vaccine mandate.

"The health, safety and welfare of our city's workforce and those we serve is our number one priority. The city has taken the steps necessary to achieve that priority and stand by that decision," Democratic Mayor Lauren Poe said in a statement. "It is our belief that as an employer, we retain the right and responsibility to require vaccinations as a condition of employment."

Leon County also plans to keep its vaccine requirement in place for employees.

"Unfortunately, and despite the tireless efforts of public health professionals, political rhetoric continues to dangerously exacerbate the fear and confusion about vaccinations," County Administrator Vincent Long said in a statement.  "In a public health emergency, clarity of information remains critical. This is why it is necessary that I clarify that vaccinations as a condition of employment in Leon County is legal and will remain in effect. We will continue to act responsibly to ensure our operational readiness to respond to the needs of our community and to keep our employees safe."

Some officials who plan to allow unvaccinated employees to submit to weekly testing argued the governor's threat did not apply to them.

"The policy he announced are for governments requiring vaccines," a spokesperson for Miami-Dade Mayor Daniella Levine Cava told the Miami Herald. "If that's the case, it shouldn't have any impact on our policy, which is just requiring testing with the option to opt out if you are vaccinated and choose to present the information that you are vaccinated."

It's unclear if the state can punish local governments under the vaccine passport law. Some legal experts say it only applies to businesses requiring proof of vaccination from customers, but Florida's attorney general filed a brief in a lawsuit over Gainsville's vaccine mandate arguing that the law also applies to local governments and their employees. It's also not clear whether the law is even enforceable after a federal judge issued a preliminary injunction last month allowing Norwegian Cruise Line to require proof of vaccination from passengers.

At his news conference, DeSantis accused President Biden of "not following the science" on COVID because his vaccine mandate ignores "natural immunity" among those who have already been infected. DeSantis also stood by as a city employee falsely claimed that the COVID vaccine "changes your RNA" to cheers from the audience.

There is no evidence that the vaccine "changes your RNA," and the Centers for Disease Control and Prevention recommends vaccination for people who have already had COVID because "research has not yet shown how long you are protected from getting COVID-19 again after you recover." One recent study found that people who've had COVID are more than twice as likely to get the disease again than people who are fully vaccinated.

Dr. Joanna Drowos, the associate chair of the Integrated Medical Science Department at Florida International University, urged businesses to "follow the science" by listening to the CDC, not the governor.

"It's not the same as being vaccinated," Drowos told the Sun-Sentinel. "When you get infected, you get a specific strain and your body makes antibodies for the virus you saw … People are getting Covid more than once."

DeSantis previously banned school districts from requiring masks in classrooms and moved to punish officials who defied the order. A state judge blocked that order, ruling that DeSantis had overstepped his authority, but an appeals court later allowed the order to remain in place while the case is appealed. The Biden administration has vowed to direct grants to school districts whose funds were withheld by the governor over their mandates and the Education Department last week opened a civil rights investigation into whether the mask policy violates the rights of students with disabilities.

In a letter to the state's education chief, acting Assistant Secretary of Civil Rights Suzanne Goldberg expressed concern that Florida's policy allowing parents to opt out of mask mandates "may be preventing schools in Florida from meeting their legal obligations not to discriminate based on disability and from providing an equal educational opportunity to students with disabilities who are at heightened risk of severe illness from COVID-19,"