Study: More than half of young people think "humanity is doomed" 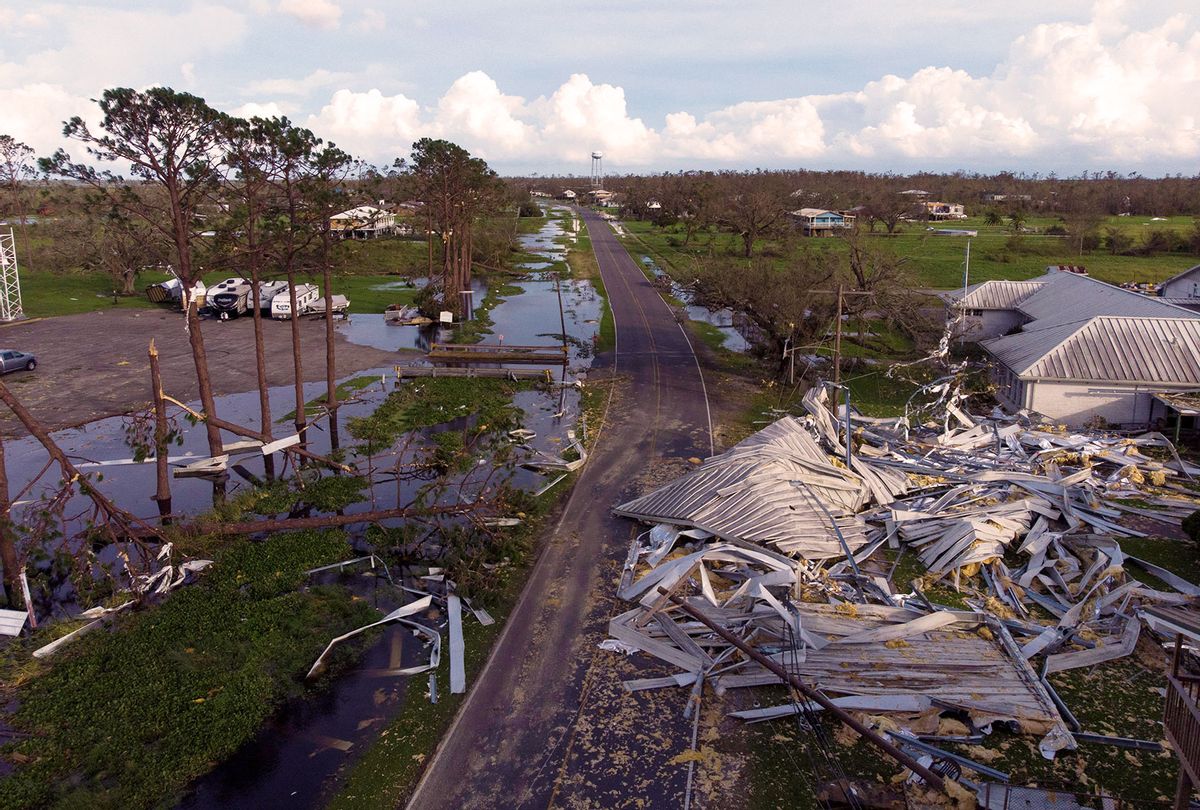 Damage in the city of Pointe-Aux-Chenes, near montegut, Louisiana on August 30, 2021 after Hurricane Ida made landfall. - The death toll from Hurricane Ida was expected to climb "considerably," Louisiana's governor warned Monday, as rescuers combed through the "catastrophic" damage wreaked as it tore through the southern United States as a Category 4 storm. (MARK FELIX/AFP via Getty Images)
--

Growing up was already hard enough. Now kids are also facing the prospect of living with rising temperatures, ferocious floods, and an unstable climate for the rest of their lives.

The largest study of its kind shows that the environmental crisis is causing widespread psychological distress for young people across the globe. In a paper released Tuesday, researchers from the United States, United Kingdom, and Finland found that 45 percent of teens and young adults say climate anxiety is affecting their daily lives and ability to function. It's the first study to suggest that young people's emotional distress is strongly linked to their governments' failure to respond.

"This study paints a horrific picture of widespread climate anxiety in our children and young people," said Caroline Hickman, a co-author and a researcher at the University of Bath in the United Kingdom, in a statement.

Three-quarters of those surveyed said that the "future is frightening," with more than half believing that "humanity is doomed." Nearly 4 in 10 said that they are hesitant to have children.

The study, under peer review in the journal Lancet Planetary Health, surveyed 10,000 people between the ages of 16 to 25 in February and March this year. The respondents came from 10 countries: Australia, Brazil, Finland, France, India, Nigeria, the Philippines, Portugal, the U.K., and the U.S. Researchers found that concern about climate change was concentrated more heavily in poorer countries, which have contributed the least to the greenhouse gas emissions heating up the planet. In the Philippines, for example, 92 percent agreed that the future was frightening, compared with 68 percent in the United States.

Some 58 percent of those surveyed said that their governments are betraying them and future generations. That number was particularly high, 77 percent, in Brazil, where deforestation and fire in the Amazon rainforest have risen under President Jair Bolsonaro.

The results lend credence to lawsuits in which young people have taken their governments to court over climate change, arguing that political leaders have failed to protect their futures and their right to a healthy environment. Because government inaction is so psychologically damaging, the report argues, it could be considered a violation of human rights. Young activists in Germany saw some success with this logic earlier this year. In April, the country's highest court said that parts of Germany's emissions reductions laws were unconstitutional since the goals were too vague and offloaded the burden onto younger generations.

The study uses "climate anxiety" as a catch-all to describe the many emotions that people feel when confronted with the facts about climate change: worry, fear, anger, grief, despair, guilt, even hope. These feelings, the authors write, are a rational response. But they are often disregarded by others: Among the 81 percent of respondents who said they talked to people about their concerns, nearly half said they were ignored or dismissed.

And while climate anxiety is often seen as a personal problem with an individual solution ("take action!"), the study suggests that action really needs to come from those in power.

"I grew up being afraid of drowning in my own bedroom," said Mitzi Tan, a 23-year-old from the Philippines, in a statement accompanying the study. "Society tells me that this anxiety is an irrational fear that needs to be overcome — one that meditation and healthy coping mechanisms will 'fix.' At its root, our climate anxiety comes from this deep-set feeling of betrayal because of government inaction. To truly address our growing climate anxiety, we need justice."