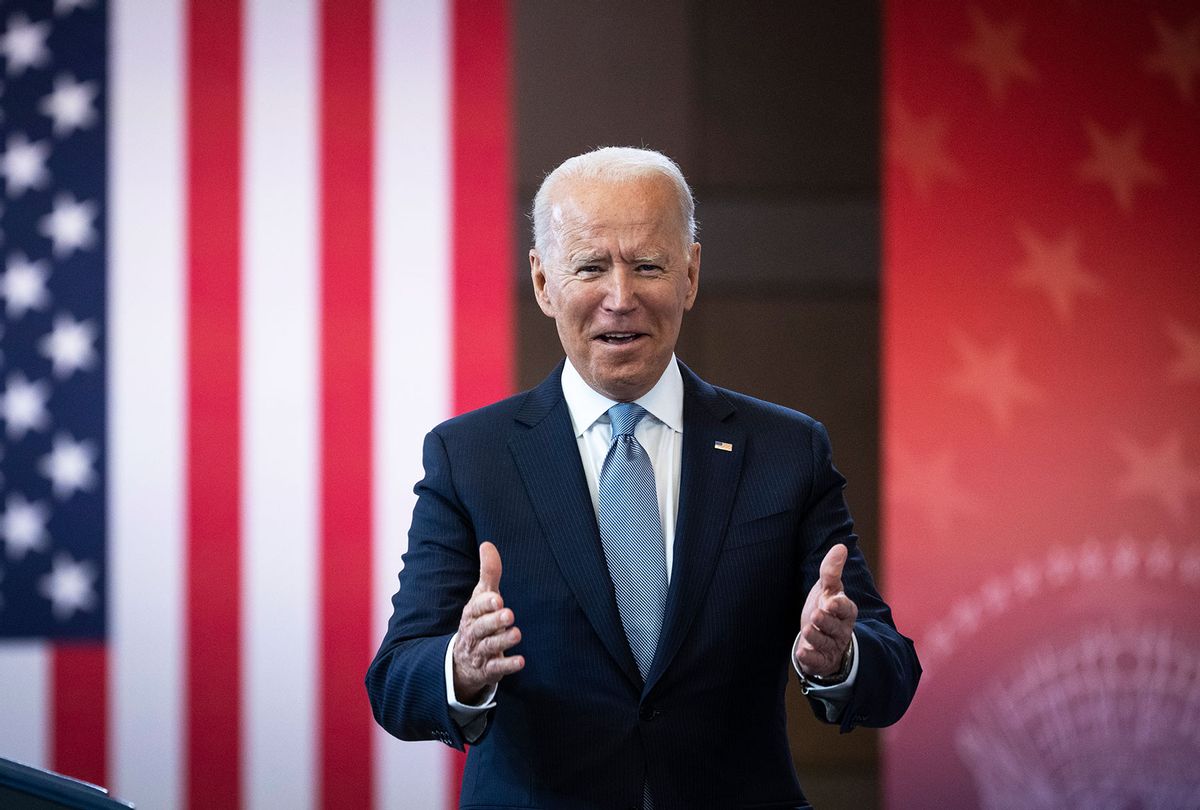 After first attributed the most recent lackluster jobs report to unvaccinated Americans, saying that there's "no question" the country's economic health is being held back by the spread of the COVID-19 delta variant, President Joe Biden is now blaming Republican leaders of "doing everything they can to undermine the life-saving requirements."

"I propose a requirement for COVID vaccines, and the governor of that state calls it a 'tyrannical-type move?'" Biden said on Wednesday, noting that the pandemic has killed over 660,000 people in the United States. "This is the worst type of politics...and I refuse to give in to it."

The president has recently become more vocal about making a direct link between the anti-vaccine stance of some Republican leaders and the faltering economy.

"Some wanted to see a larger number today, and so did I," Biden said in a White House speech. "But what we've seen is continued growth month after month. We've added jobs in every single one of my first seven jobs reports."

"This is the kind of growth that makes our economy stronger. Consistent progress, not boom or bust," he added.

According to the report, released by the U.S. Labor Department on Friday, hiring substantially slowed in the month of August, with 235,000 new jobs added – about 493,000 less than Refinitiv's projection. August's job growth is the smallest the country has seen since January, CNBC noted, with notable declines in sectors like restaurant reservations and air travel. June and July respectively, by comparison, saw gains of 1.1 million and 962,000 new jobs.

The National Women's Law Center found that women benefited from just 11.9% of hiring growth in August. Analysts say that industries predominated by women – like leisure, hospitality, education, and health services – have been particularly crippled by COVID-19, leading to an aggregate reduction of opportunities within those industries.

"These are some of the biggest sectors for women's jobs," Jasmine Tucker, director of research at NWLC, told CNBC. "Unfortunately, demand for these services could go down as COVID cases rise because people are going to dine and shop less, for example, if they're worried about getting sick."

The report also saw a slight dip in unemployment from 5.4% to 5.2% – a significant improvement from January, when it hovered around 6.3%.

"What we're seeing is an economic recovery that's durable and strong," the president said, emphasizing that the country's recuperation will be a long process. "We need to make more progress in fighting the delta variant of COVID-19. This is a continuing pandemic of the unvaccinated," he added.

Biden noted that the economy will be buttressed by the Democratic-backed $1.2 trillion infrastructure bill and $3.5 trillion budget reconciliation measure. However, it remains unclear if and when those bills will advance through the House and Senate, seeing as they've both been mired in partisan bickering for months.

The president further stressed that the economy's recovery largely hinges upon the country's ability to brace itself against the latest wave of COVID-19.

According to the Centers for Disease Control and Prevention, just 64% of all Americans are fully vaccinated. The explosive growth in new COVID-19 cases have largely been seen in southern states, where Republican lawmakers and governors have demurred or even outlawed public safety measures, like mask-mandates and social distancing. Last week, there were 1,338 hospitalizations in Florida – the highest out of any state in the U.S.