No, Biden isn’t “snooping” on your bank account. How misinformation is making efforts to tax the rich harder 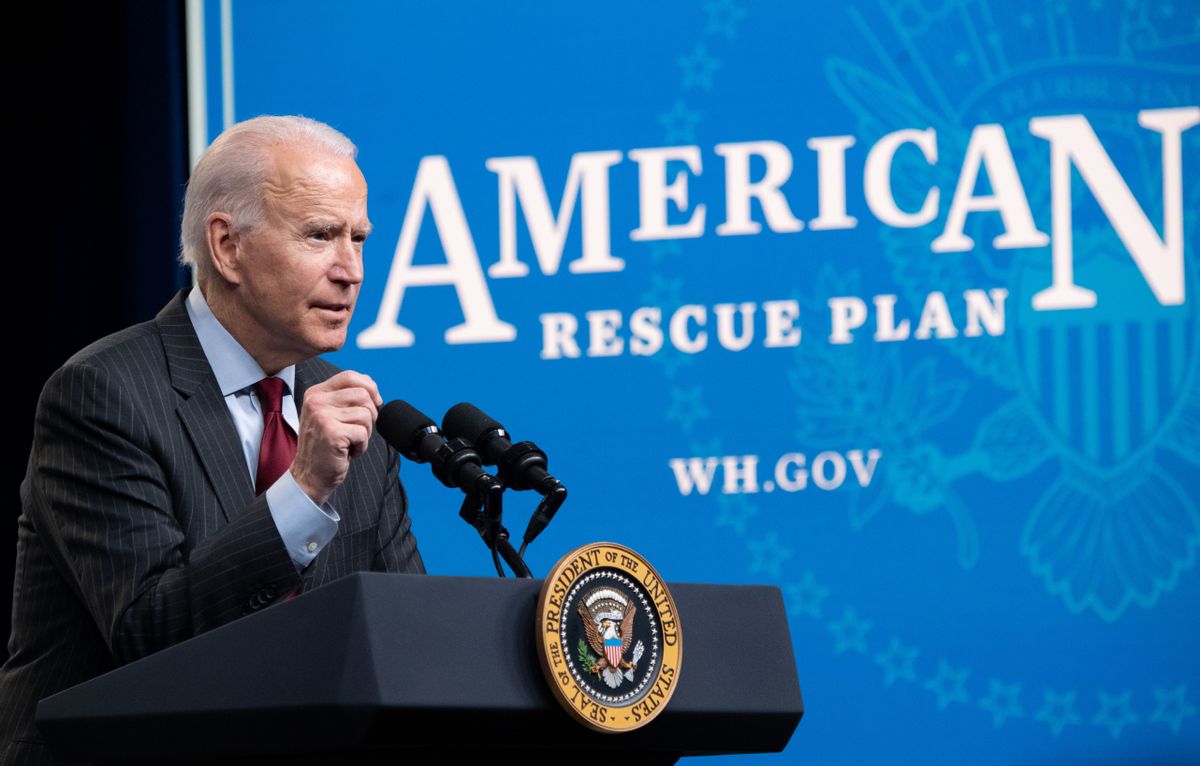 One key provision of President Joe Biden's Build Back Better plan is causing confusion amid a sustained lobbying campaign from banks both big and small — and a big signal-boost from right-wing media personalities.

A flurry of headlines about a proposed Internal Revenue Service reporting requirement for banks, which would require financial institutions to report net annual inflows and outflows on accounts with more than $600 — or that same amount in transactions — seem to be based on the false premise that the Biden Administration would be "snooping" or "monitoring" individuals' finances, or otherwise tracking all transactions a person makes.

"Fury as Biden tries to let IRS SNOOP on your bank accounts," one headline from the Daily Mail reads.

A number of viral posts on social media, many from prominent conservative pundits, seem to hold this misconception as well.

"The Biden Administration is attempting to empower the IRS to monitor every single withdrawal, deposit, and transaction you make from your personal banking accounts," the right-wing commentator Candace Owens wrote on Twitter this week.

"If you have $600 or more, the bank will have to report ALL your banking info to the IRS! #governmentcontrol #bidenadministration #communistusa" one post on TikTok reads.

Another widely-shared Facebook post shared by a community bank in Oklahoma and flagged by Snopes this week even called the provision an "unprecedented invasion of privacy." The fact-checking service rated the claim "mixed."

While it is true the proposal would beef up already-existing reporting requirements for banks, the actual policy would only require banks to report the total annual inflows and outflows on a given account, not individual transactions — information the administration says would allow the IRS to better target its audits on high earners. The White House estimates the provision would generate close to $460 billion over the next decade, a sum that officials say would help pay for an expansion of key social programs, according to the Wall Street Journal.

Advocates for the provision also point out that much of the information that banks would be required to report are already collected elsewhere.

"Only the prior year's total inflow and total outflow would be reported on annual forms," Center for American Progress researchers Seth Hanlon and Galen Hendricks write. "No one would say that the IRS 'monitors' you on your job because it receives a W-2 from your employer with your total wages every January."

But the industry appears to be winning the public relations campaign in a big way.

Amid sustained pushback, House Democrats this week scrapped the measure from their wishlist of tax policy changes — not a total death blow, but a sign that the new reporting requirement will likely not survive the next round of talks between Congressional leaders and White House officials. Democrats acknowledged as much Wednesday in comments to reporters.

"There was a lot of concern expressed by members about the impact on relatively low-income people suddenly being subjected to this, and we get that," Rep. Dan Kildee, D-Mich., told the Journal. "I don't think the issue is completely gone, but we were not ready to move forward on it."

Treasury Department officials, including Secretary Janet Yellen, however, aren't ready to give up on the provision just yet. Yellen and IRS Commissioner Charles Rettig sent a series of letters to lawmakers Wednesday in an attempt to press them into keeping the new reporting requirement — and correct misconceptions that the IRS would use them to spy on individuals or target ordinary Americans with audits.

They also added that research shows tax compliance increases when individuals are aware the government has independent information about their finances — using workplace W-2s as an example.

"A reporting regime that is broad-based will better assist the IRS in targeting enforcement priorities on the high-end who accrue income in opaque ways," Ms. Yellen wrote in one of the letters. "Any suggestion that instead this reporting regime will be used to target enforcement efforts on ordinary Americans is wholly misguided."